One reason it hasn’t leaned on its balance sheet as much as global peers is the PBOC largely handed the task of increasing money supply and lowering interest-rates to state-owned banks. It cut bank reserve-requirements, meaning they had more cash to dole out in loans.

With the economy growing again, policy makers have signaled they want a more sustainable pace of credit expansion. By contrast, the Fed, European Central Bank and Bank of Japan have all announced plans to maintain and step-up stimulus into the next year.

“Advanced economy central banks will try to use negative real interest rates and inflation to erode the real value of their sovereign debt,” said Andrew Sheng, chief adviser to China’s Banking and Insurance Regulatory Commission. “This is why real money flows will go to the economies that show growth, higher productivity” and steady monetary and exchange rate policy, he said.

The difference in yield between Chinese government bonds and U.S. Treasuries is already near record levels, with many market players expecting the gap to widen further next year

The Chinese approach to the pandemic has been to allow companies to issue a lot more debt and to give banks the leeway to facilitate that practice. That has occurred despite the uptick in corporate defaults. That has amounted to an addition CNY5 trillion in debt issuance this year or an increase of about 40% over the peaks of the last four years. 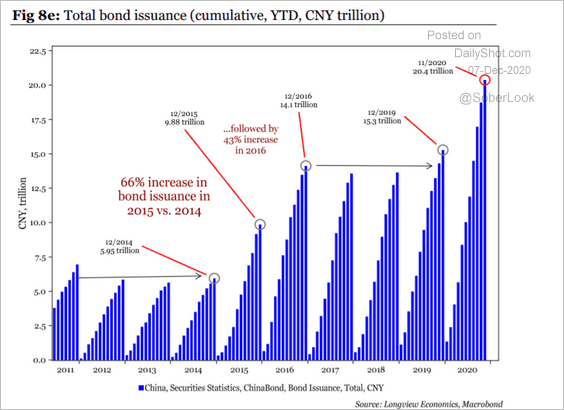 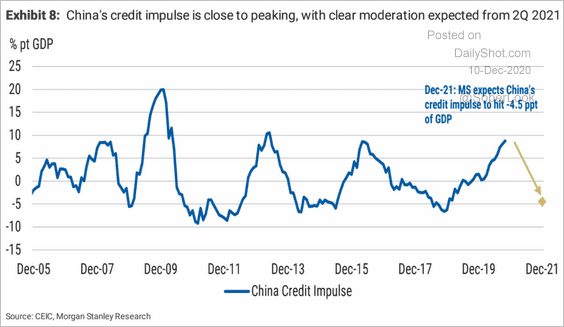 Meanwhile the credit impulse for China is rolling over. That suggests the trend of increasing debt issuance may have been a one-year phenomenon to deal with the pandemic-induced recession. 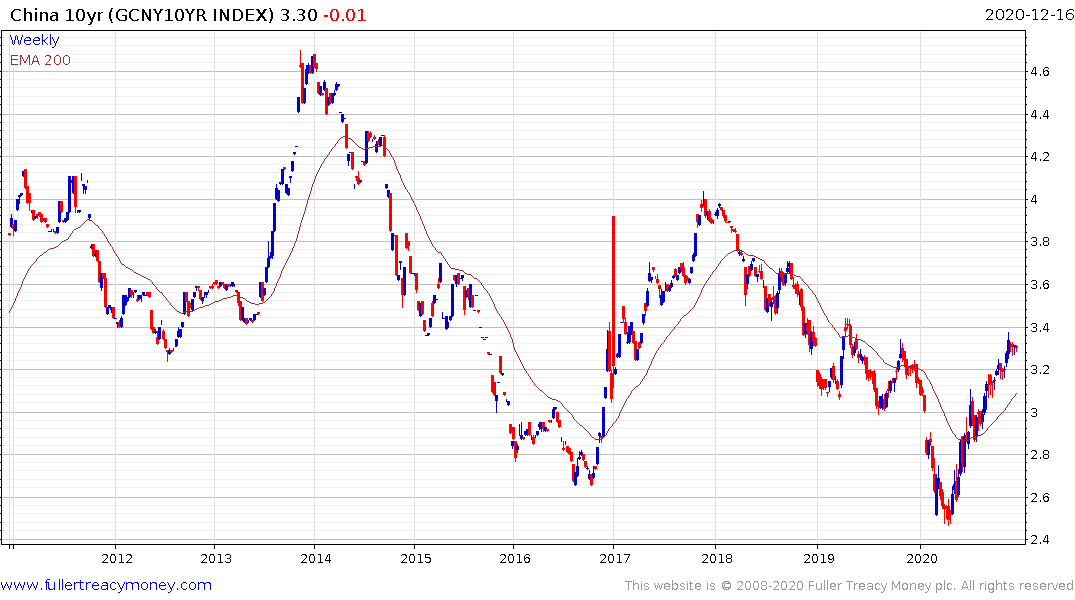 China’s government bond yields suggest investors believe it will be the first major economy to raise rates. With a strong currency and wide interest rate differential, there is significant scope for the Renminbi to appreciate from here.

Meanwhile much of the debt taken on if being deployed in traditional infrastructure development. That is helping to boost demand for all industrial commodities. 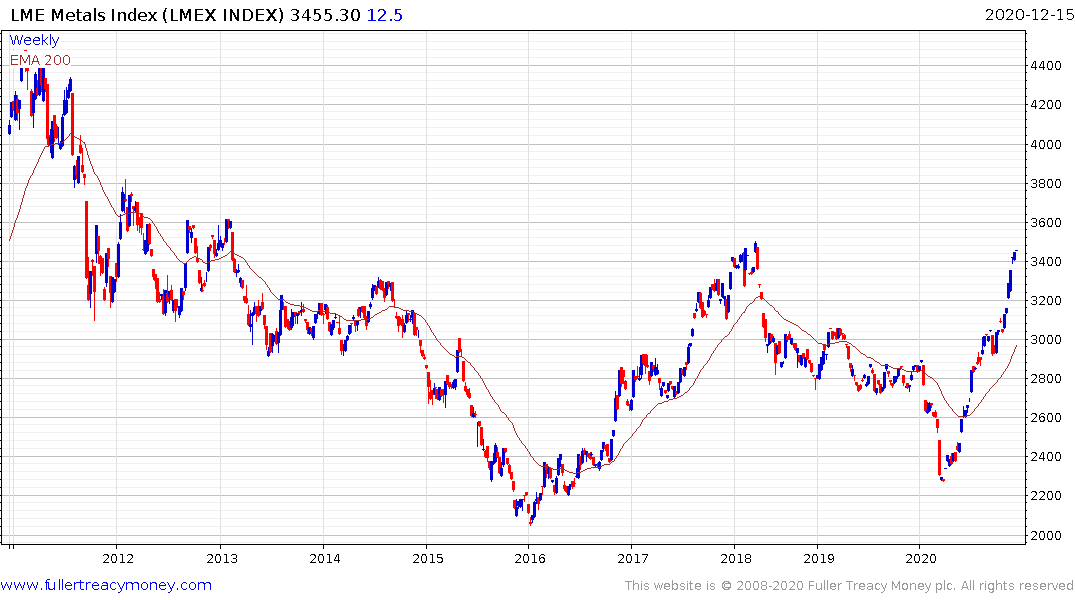 The LME Metals Index is back testing its 2018 peak and while short-term overbought, a clear downward dynamic will be required to check momentum. 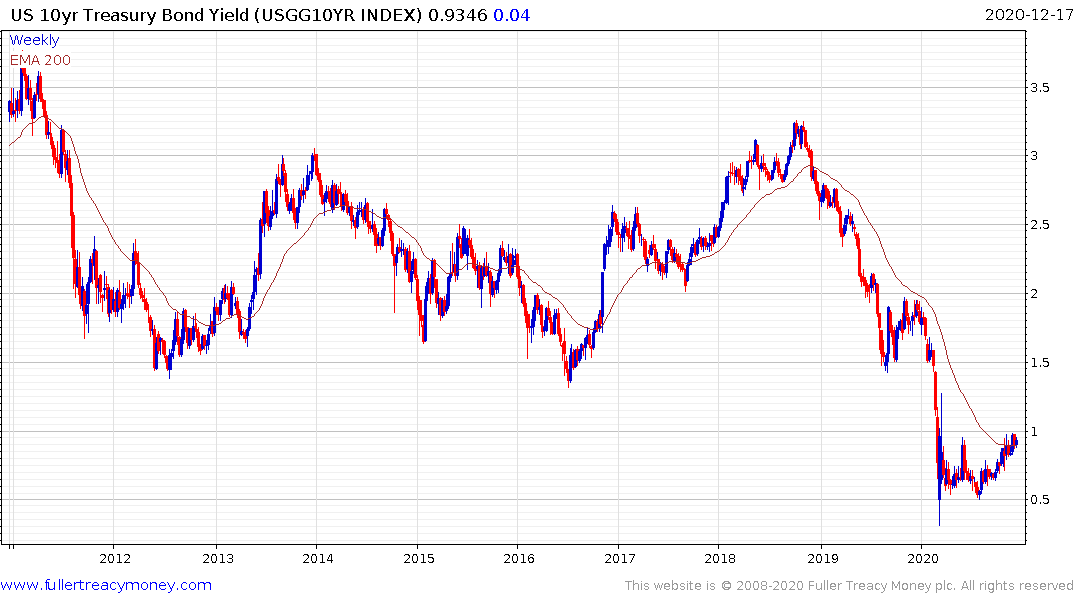 The relative stability of China’s monetary policy compared to the profligacy of Europe and North America could put upward pressure on yields for the most indebted countries. That is particularly the case for the USA with the 10-year yield holding its upward bias as its tests the 1% level. 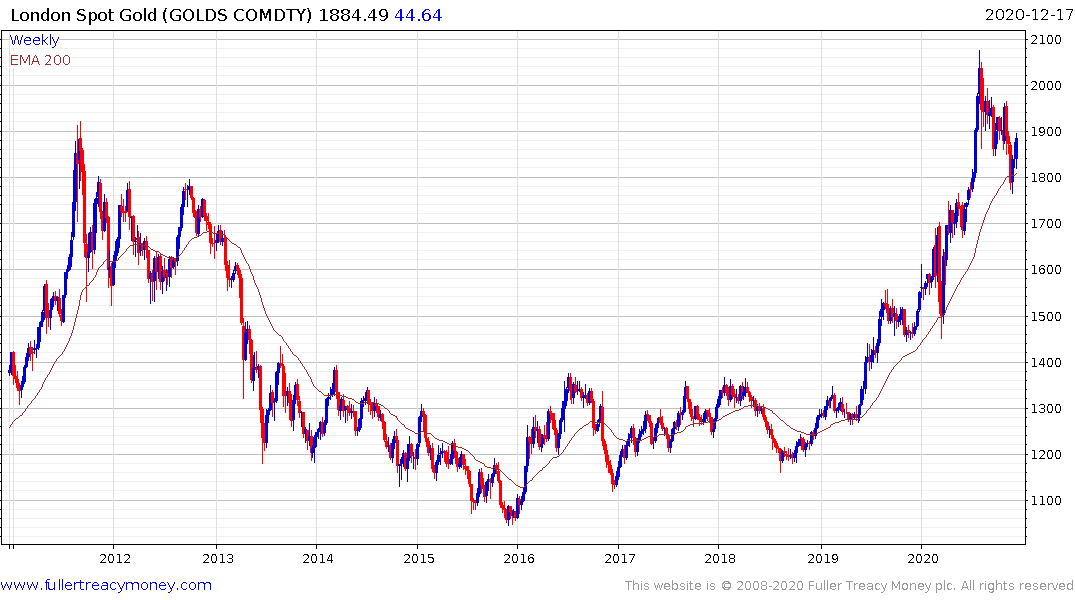 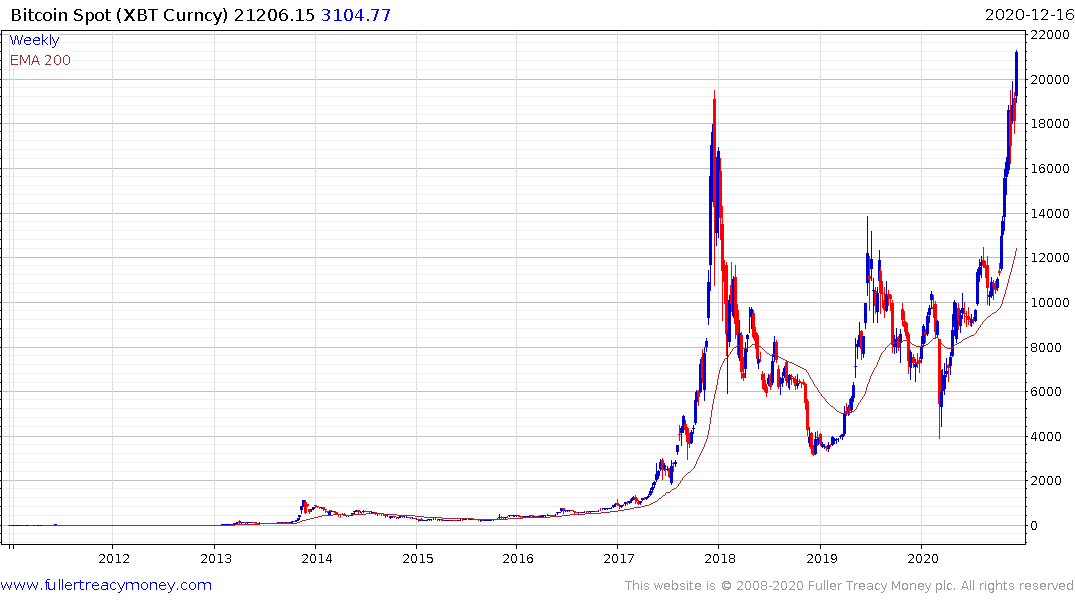 That’s a solid narrative to explain renewed interest in alternatives like precious metals and bitcoin.