To deliver on longstanding pledges and help stave off the threat of tariffs from U.S. President Donald Trump, Chinese officials have set a June 30 deadline to ease ownership and business restrictions for banks, securities firms, asset managers and life insurers.

Securities firms like Goldman Sachs Group Inc. and UBS Group AG have an opportunity to boost their share five-fold as they take more direct control of joint ventures, projections by Bloomberg Intelligence show. Insurers including AIA Group Ltd. are set to cash in on their already healthy presence, while banks like HSBC Holdings Plc and Citigroup Inc. face a steeper road ahead to build market share, but will reap juicy profits as they do so.

Much as World Trade Organization entry in 2001 revolutionized the manufacturing industry, opening the financial sector could transform how capital is allocated and wealth managed across China. The charts below show the state of play and estimates on how that’ll change.

China is a major emerging financial market but it is also one where there is already a great deal of debt and where regional governments as well as consumers are heavily leveraged to the property sector. That is a risk the Chinese government is only beginning to get to grips with.

The imposition of a property tax would help to refocus regional administrations’ efforts away from land sales but has been delayed until next year. Here is a section from a South China Morning Post article dated March 5th:

Finance Minister Xiao Jie got a taste of the controversy last December when he said in the Communist Party’s mouthpiece newspaper People’s Daily that a tax based on the appraised value of homes would be implemented, completing the work on every piece of legislation by 2019. After an uproar in the media, the paper had to clarify that the minister’s words were misinterpreted.

The growth pace of China’s home prices topped the world in 2017, with Chinese cities occupying seven spots among the world’s 10 fastest-growing residential markets, according to data by the Hurun Report. Wuxi, a city of 6.4 million people in eastern China’s Jiangsu province, reported the fastest surge in prices, with home values rising 60 per cent in two years. Chinese cities Hefei, Guangzhou, Xiamen, Zhengzhou, Nanjing and Huizhou round out the remainder in the world’s top 10, according to Hurun.

Still, the property tax is not off the books entirely, as Premier Li Keqiang outlined during his Monday work report that the government would “steadily push forward the legislation of property taxes,” without elaborating.

Property tax would obviously make it much more expensive to hold vacant properties in the hope the price appreciates and may be a catalyst for a correction. Encouraging foreign banks into the market is obviously part of the strategy to spread the risk from a future property downturn. The benefit from the perspective of foreign banks is that they are coming into the market without the legacy build-up of bad loans which could potentially put them in a competitive position. 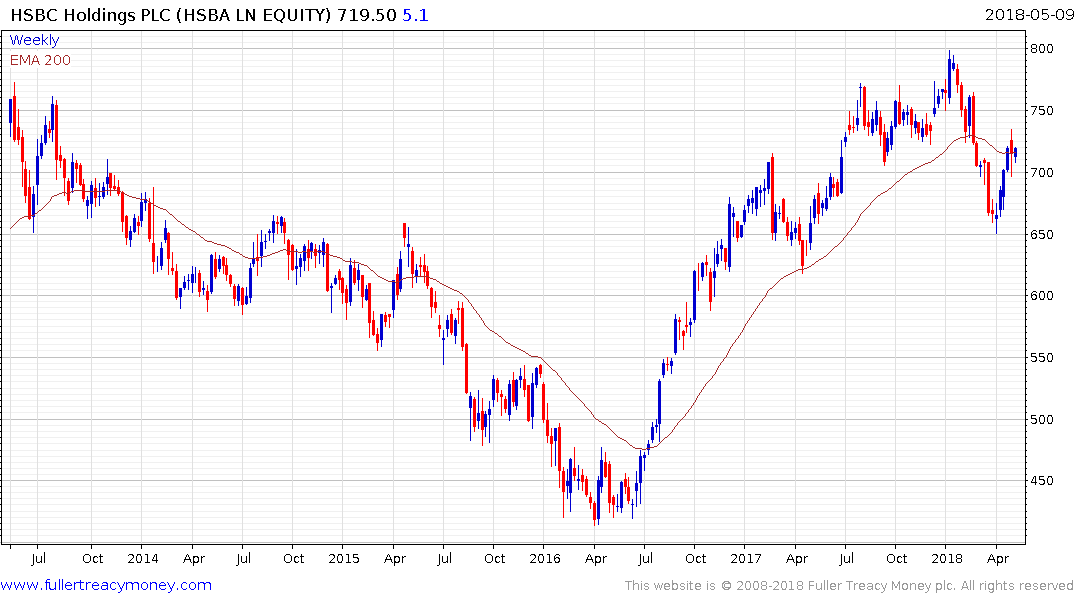 HSBC generates 46% of revenue from Asia and has been ranging mostly below 800p since 2000. It needs to sustain a move above that level to confirm a return to medium-term demand dominance. 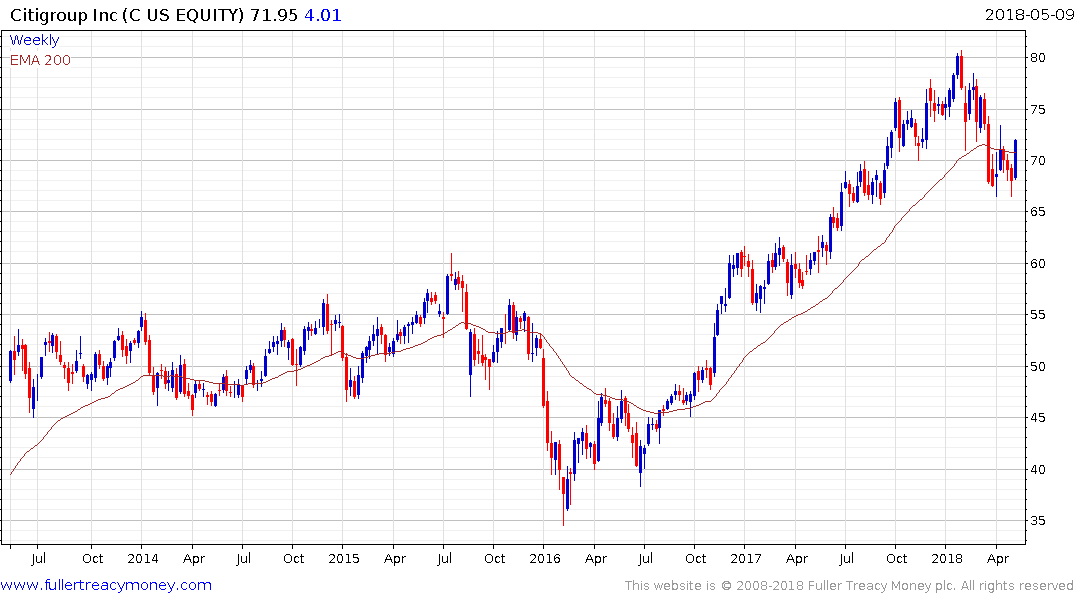 Citigroup generates 21% of revenue from Asia. The share broke successfully above $60 last year and is currently firming from the region of the trend mean. 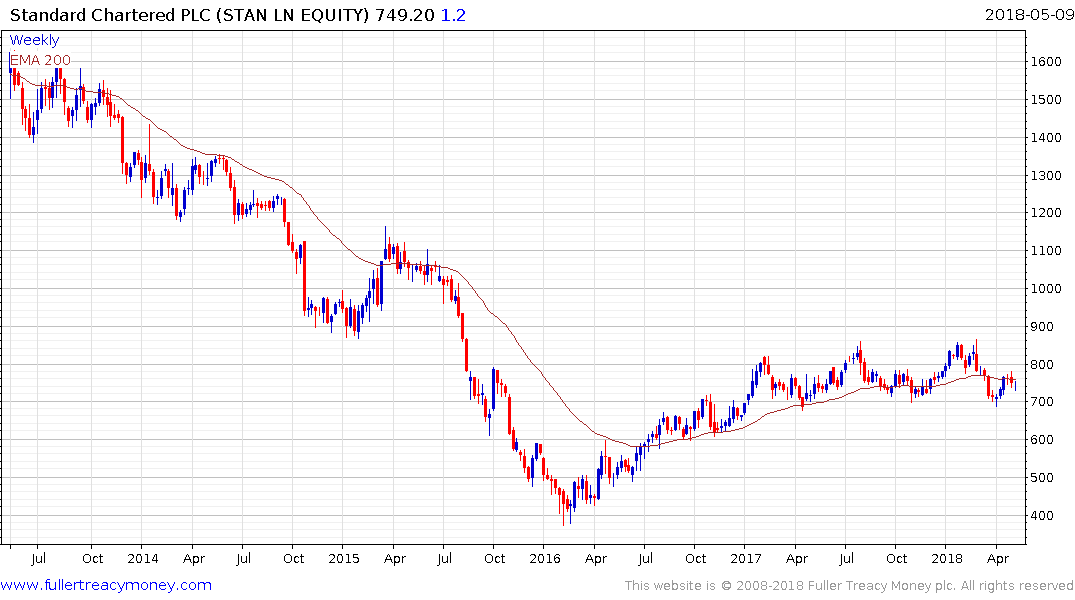 Standard Chartered generates almost 41% of revenue from Greater China and North Asia. The bank has had a heavy focus on the commodity sector and that has resulted a more than yearlong range that shares commonality with the Continuous Commodity Index. A sustained move above 800p would confirm a return to medium-term demand dominance.