And having avoided the all-out stimulus of Western peers when the Coronavirus first struck in early 2020, the PBOC finds itself with dormant consumer prices and room to “open the monetary policy tool-box.”

For China, that sets the stage for a triple dose of support from increased lending, lower borrowing costs and — potentially — a weaker yuan that would boost exports. The PBOC has already made a down payment on rate cuts and most economists expect more to come.

By China’s normal standards, the prize for successful stimulus will be small — more preventing a continued slide in growth than driving a fresh acceleration. And past policy errors — allowing a debt bubble to expand to enormous size — add risk to the outlook and a constraint on the PBOC’s freedom of maneuver.

If Yi and his team can pull it off, though, the boost from PBOC stimulus should offset at least some of the drag on global growth from Fed tightening. International Monetary Fund projections show China is set to contribute more than one-quarter of the total increase in global gross domestic product in the five years through 2026, exceeding the U.S.’s roughly 19% share.

China avoided overstimulating the economy during the pandemic because they didn’t have to. Most factories have attached dormitories. That ensured production hummed even as much of the country was locked down. Instead, they used the massive surge in export revenue as catalyst to reshape the economy. Clamping down on property developer leverage and reshaping innovation priorities in the tech sector were top of the list.

As the US embarks on a new tightening cycle, China must now take greater responsibility for supporting its domestic economy. Lower interest rates and accommodative lending standards are supportive of the economy and negative for the Yuan. 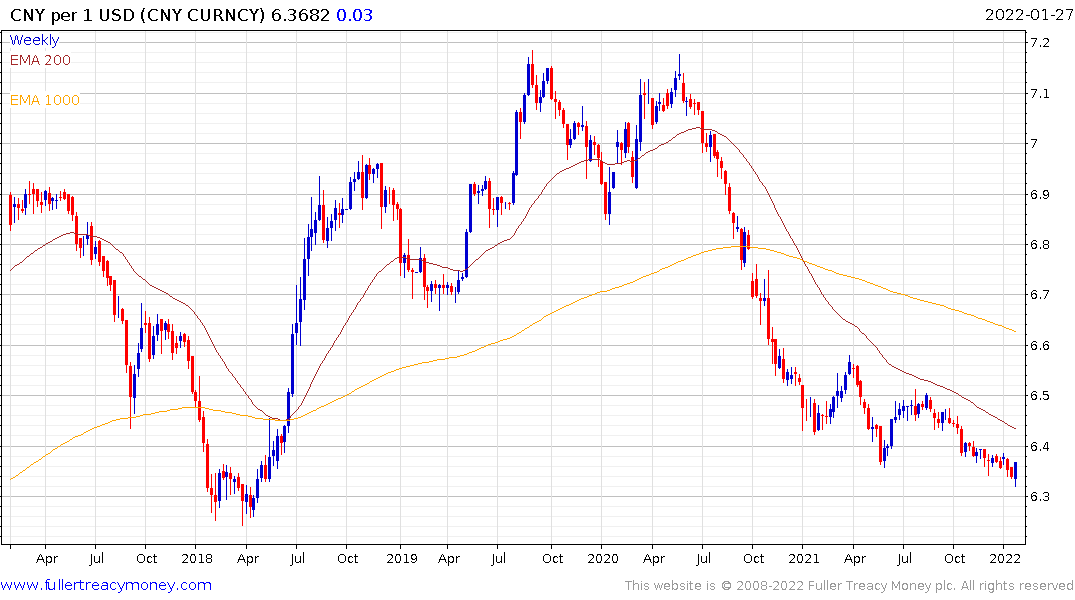 The Dollar is working on an upside weekly key reversal versus the Renminbi. This is setting it up for at least a reversion towards the mean. Ultimately, China can’t run lose policy and sustain a strong currency so it is reasonable to expect the renminbi to weaken as monetary and fiscal assistance ramp up. 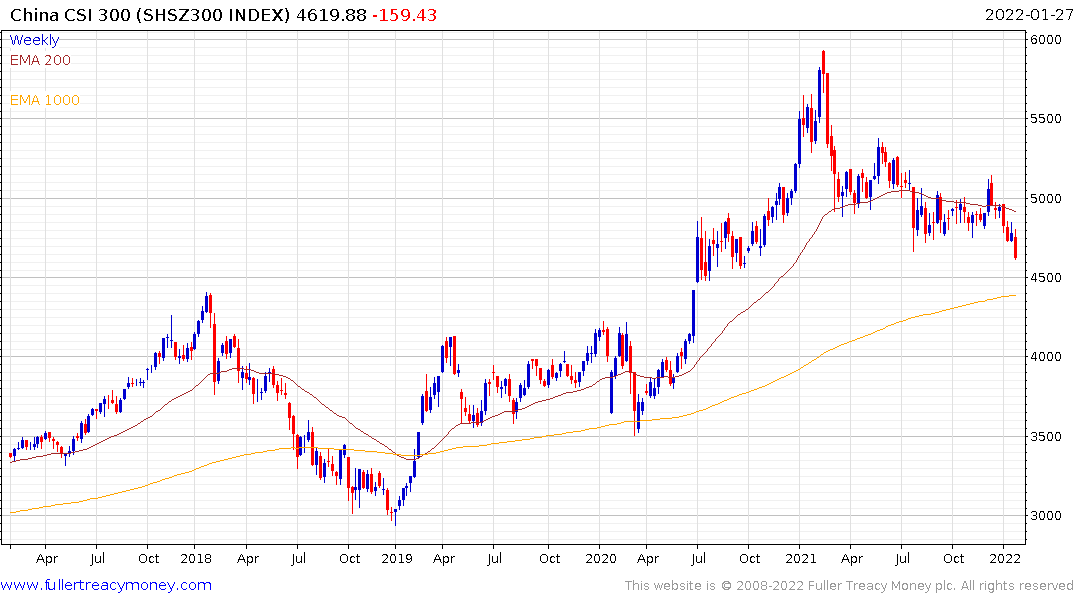 The CSI300 broke lower on the news which suggests the reorientation of the stock market around new national priorities remains a work in progress. 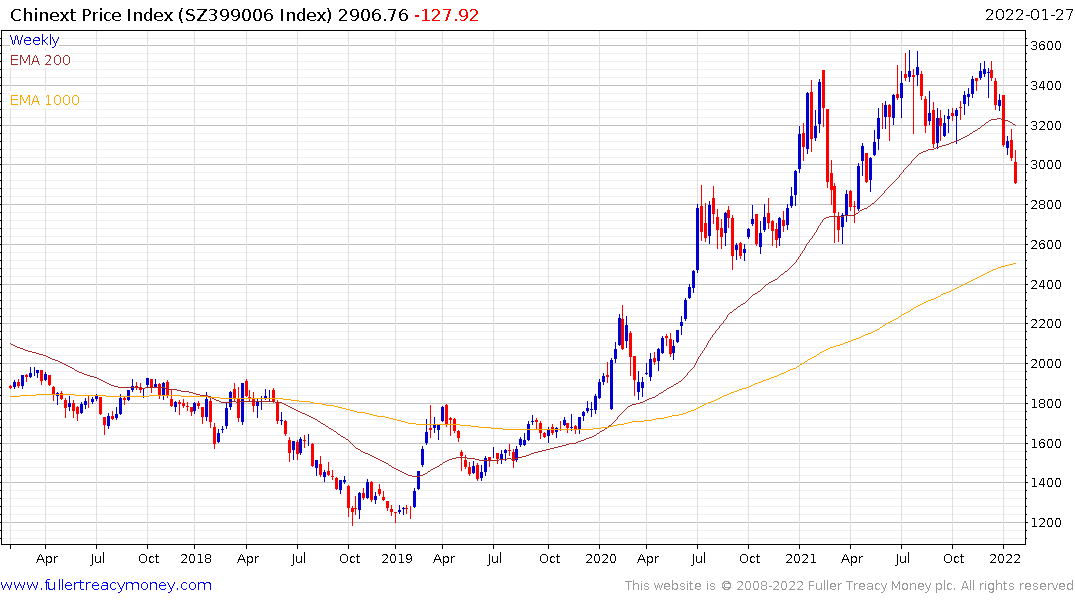 The ChiNext Index also broke down to new lows.

There is always an interval between when new policy is announced and when it translates into a recovery. Continued stock market weakness will only accelerate the pace with which Chinese authorities supply assistance.