About 150 tonnes of gold worth $8.5 billion at current prices is likely to be shipped following the green light from Beijing, four sources said. Two said the gold would be shipped in April and two said it would arrive over April and May.

The People's Bank of China (PBOC), the country's central bank, controls how much gold enters China through a system of quotas given to commercial banks. It usually allows metal in but sometimes restricts flows.

"We had no quotas for a while. Now we are getting them ... the most since 2019," said a source at one of the banks moving gold into China.

The size of the shipments signals China's dramatic return to the global bullion market. Since February 2020, the country has on average imported gold worth about $600 million a month, or roughly 10 tonnes, Chinese customs data show.

India's demand for bullion has also rebounded from a pandemic-induced slump, with record-breaking imports in March of 160 tonnes of gold, an Indian government source told Reuters this month.

India and China are the world’s largest consumers of gold. India’s demand collapsed in 2020 and China has been very quiet both about how much gold it holds and how much is imported. Those have been contributing factors in the decline of gold since the August peak.

There is no arguing with the correlation between falling bond prices and weakness in the gold price. It’s been a feature of the market since August. We saw the flip side of that correlation this week too.

For me, the problem is the narrative behind that correlation heavily relies on the assumption TIPS are an accurate representation of the condition of real rates. Since the Federal Reserve owns almost a quarter of the market it is reasonable to argue it is a very manipulated market. 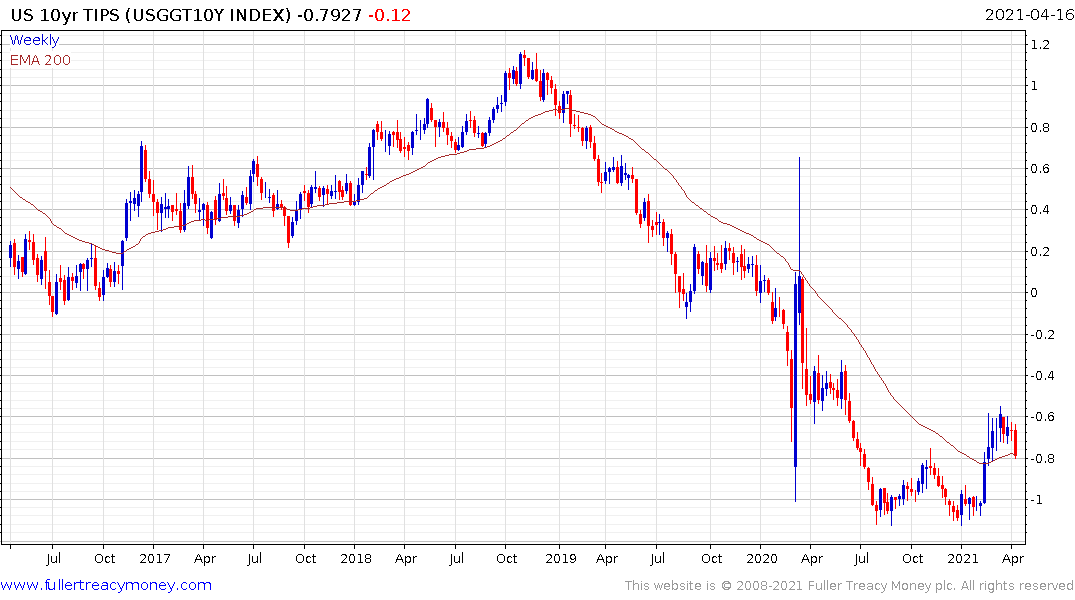 While it is impossible to ignore the impact of bond pricing on gold at present, I think it is more important to keep the macro background front of mind. The reality is central banks have given up on inflationary forecasting. They are now willing to do everything possible to foster an inflationary trend and will not err from that course until there is clear and sustained evidence it is working. That implies the purchasing power of fiat currencies will decline and the relative performance of limited supply assets will be burnished as a result. Gold, the other precious metals and miners fall into that category. So do property and cryptocurrencies. 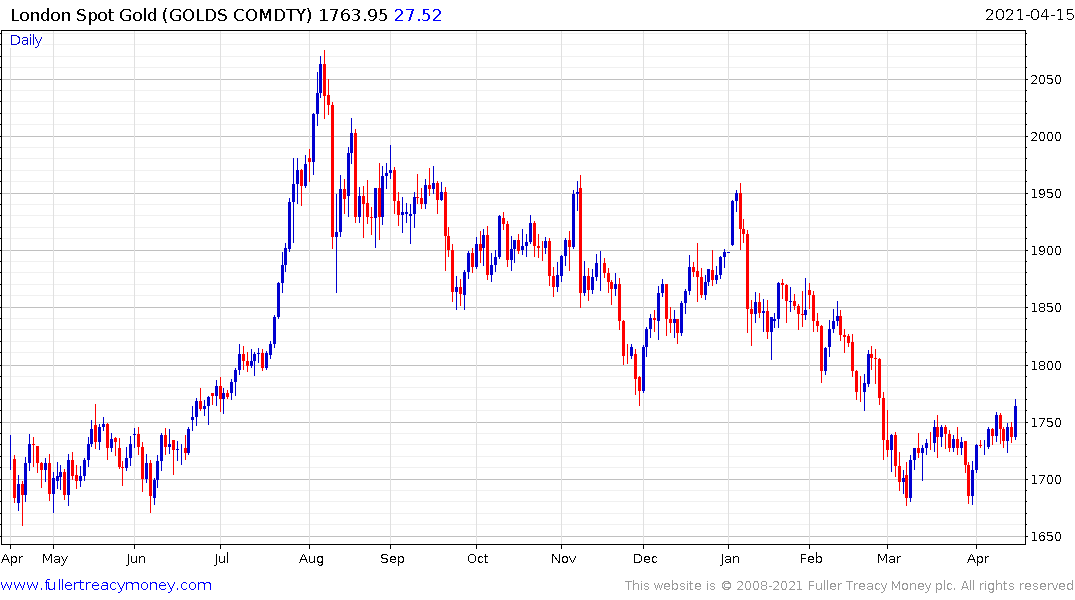 Gold has bounced by more than $100 from big round numbers since the August peak. It is now bouncing from the $1700 level in the same manner it did from $1800 and $1900. A sustained move back above the trend mean will be required to confirm a return to demand dominance beyond the short term.