According to China Electric Power Promotion Council (CEPPC) report, Fuqing Nuclear unit 1 completed its last round of security checks in mid-April before loading fuel and is currently on schedule to be commissioned from August 2014. However, after Datang’s Ningde nuclear recorded c.Rmb100m loss in 1Q14 due to a 90-day overhaul, investors become a bit concerned whether Fuqing’s profit contribution is likely to be compromised by the undertaking of regular maintenance. While we understand that a new nuclear unit would need to perform a major overhaul for fuel re-load in its second year of operation, the time period is normally shorter. Hence, we do not think the longer-than expected maintenance period for Ningde is a common situation to be assumed for other nuclear projects.

Average utilization still over 7,300 hours despite maintenance In Figure 1, we summarize the utilization hour record of China’s operating nuclear units with GII or GII+ technology. Result shows that, excluding Tianwan unit 1, which incurred some technical issues during the first three years, average utilization in the second year is still above 7,300 hours, quickly climbing to above 7,700 hours in the third year.

Over the last decade China has aggressively invested in procuring the energy resources required to fuel economic expansion. Building nuclear power capacity has been a major component of that strategy and these new reactors are now being commissioned. Considering how extensive the pipeline is for additional reactors, this represents a growth story from the perspective of utilities. 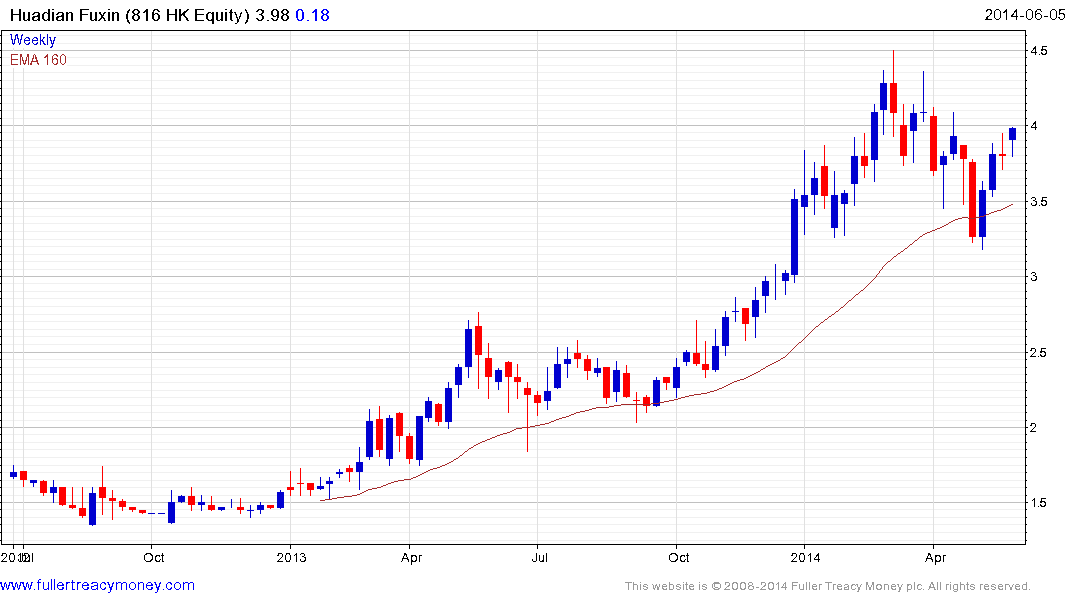 Huadian Fuxin (Est P/E 13.33, DY 1.19%) found support three weeks ago in the region of the 200-day MA, currently near HK$3.34, and a sustained move below that level would be required to question the broad consistency of the medium-term uptrend.