China May Have $5.8 Trillion Hidden Debt With 'Titanic' Risk
Comment of the Day

China May Have $5.8 Trillion Hidden Debt With 'Titanic' Risk by Eoin Treacy

The focus on funding to sustain growth at the local level echoes a broader shift in the central government, which last year was focused on reducing leverage in the financial system. That phase is essentially over, thanks in part to an escalating trade war with the U.S., according to Citigroup Inc. analysts.

“The markets are right, in our view, to feel more concerned about the sustainability of China’s debt and the increased financial risks,” said Liu Li-Gang, chief China economist at Citigroup in Hong Kong. He also saw “renewed pressure” on the yuan.

Even with the central government’s shift toward stimulus, however, S&P sees Beijing determined to “bring discipline to the financing practices of local governments and their LGFVs.” That ultimately may mean local authorities aren’t fully able to keep LGFVs afloat, however, and the bottom line is “the default risk of LGFVs is increasing.”

Last week China announced it was increasing the number of Systemically Important Financial Institutions (SIFIs). That measure is aimed at clearly signaling there is a group of banks the government is going to support come what may. That’s not so unusual but it does raise the broader question of what about the rest? 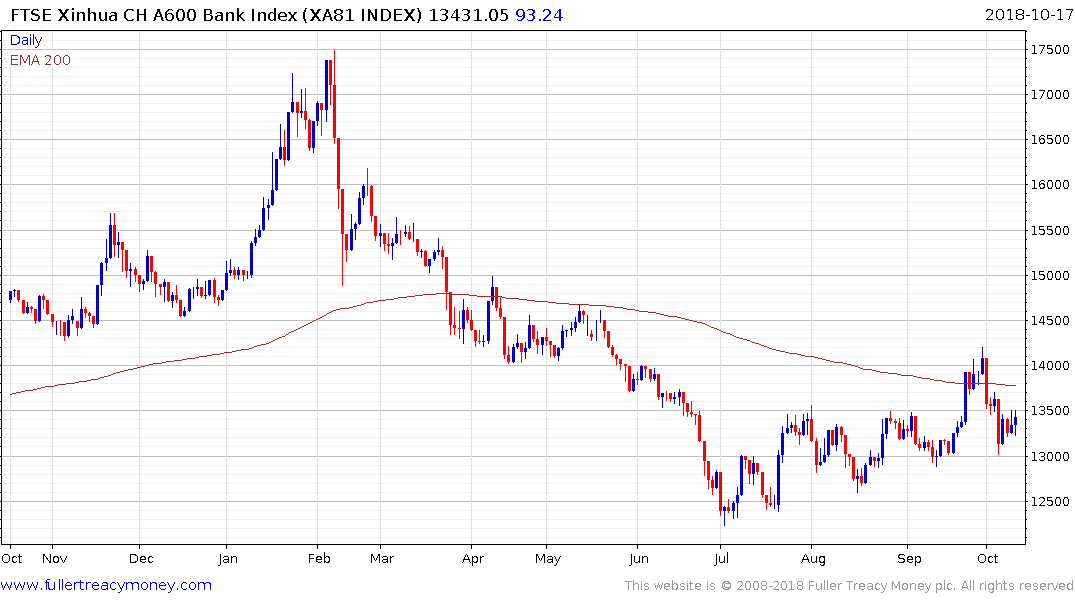 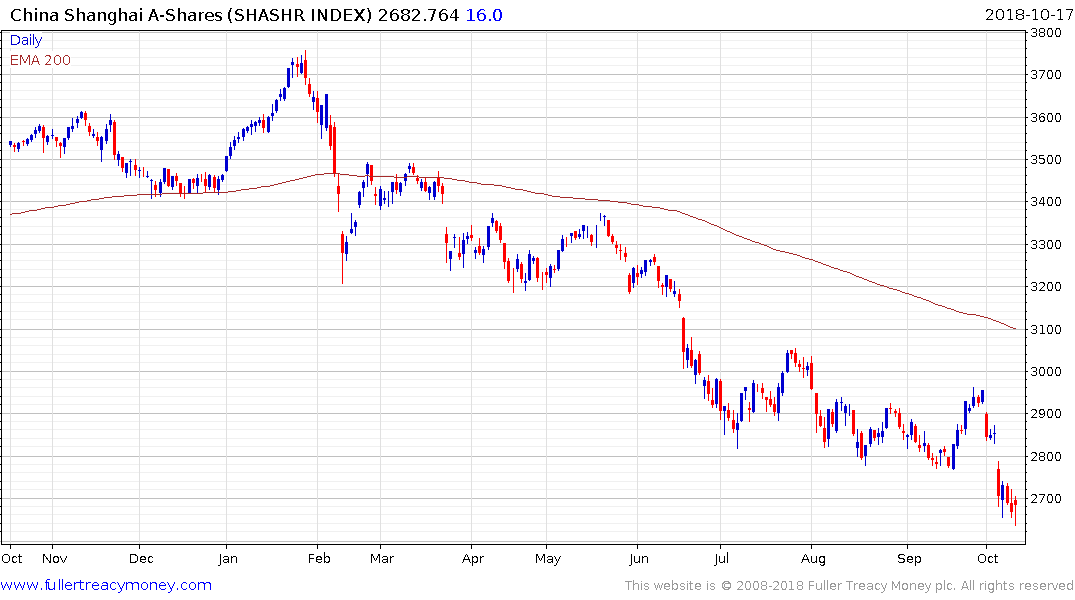 The FTSE/Xinhua A600 Banks Index continues to demonstrate that it is among the few sectors in receipt of government support as it has held a progression of higher reaction lows since July while the wider market has trended lower.

The problem with monitoring the regional banking sector, which is where the big risks lie is that they are unlisted and therefore the sector is opaque to say the least. The big known unknown is what the default rate is likely to be? Since China has only recently allowed defaults no one has any idea what the full scale of the issue could be, that represents a significant challenge for investors in the country.

There is one easy way to solve the problem China has with regional governments supplementing income with debt sales above what has been allocated. Property tax will have to be implemented eventually and that will put pressure on the property market because it starts to pressure people with large property portfolios to put them to use. Between now and then the so-called iceberg of debt acts as a headwind to growth.

Among Hong Kong listed banks BOC Hong Kong Holdings caught my attention because it has such a textbook completing top formation. 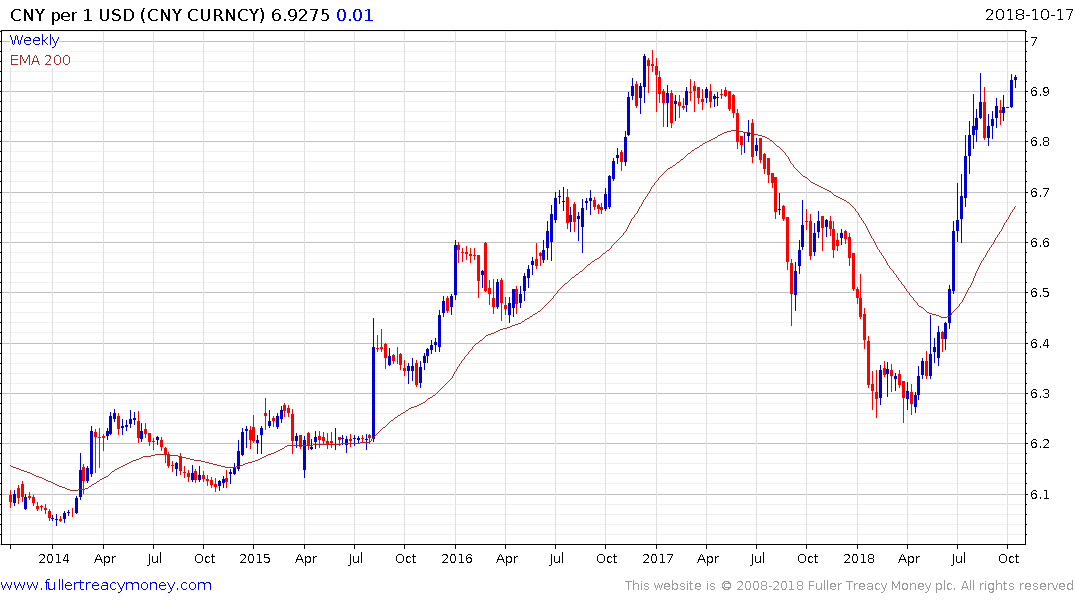 Meanwhile the Renminbi still looks like it is going to continue to trend lower.