Iron ore imports by China surged in December to the second-highest volume on record as mills boosted purchases ahead of the earlier Lunar New Year and Australian supply picked up.

The ramping up of the Chinese steel production sector is a positive development for the argument supporting the global reflation theme.

This report from Bloomberg highlights the capacity buildout for industrial robot, semiconductor and increasing demand for 5G enabled products is potentially one of the primary drivers behind renewed demand for Chinese steel. 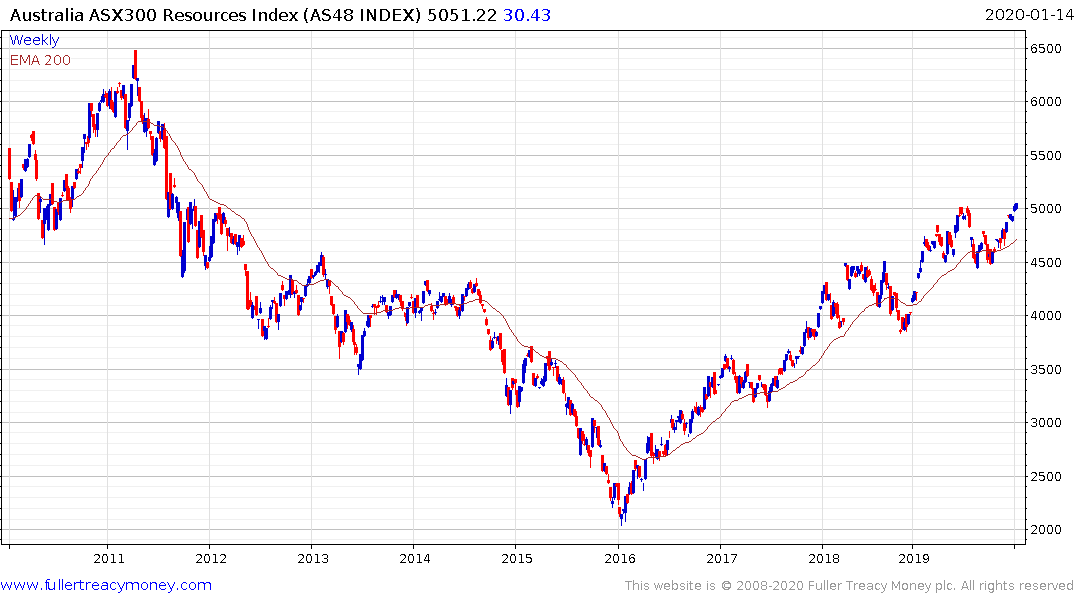 The S&P/AX 300 Resources Index hit a new recovery high today as it continues to trend higher in a reasonably consistent manner. 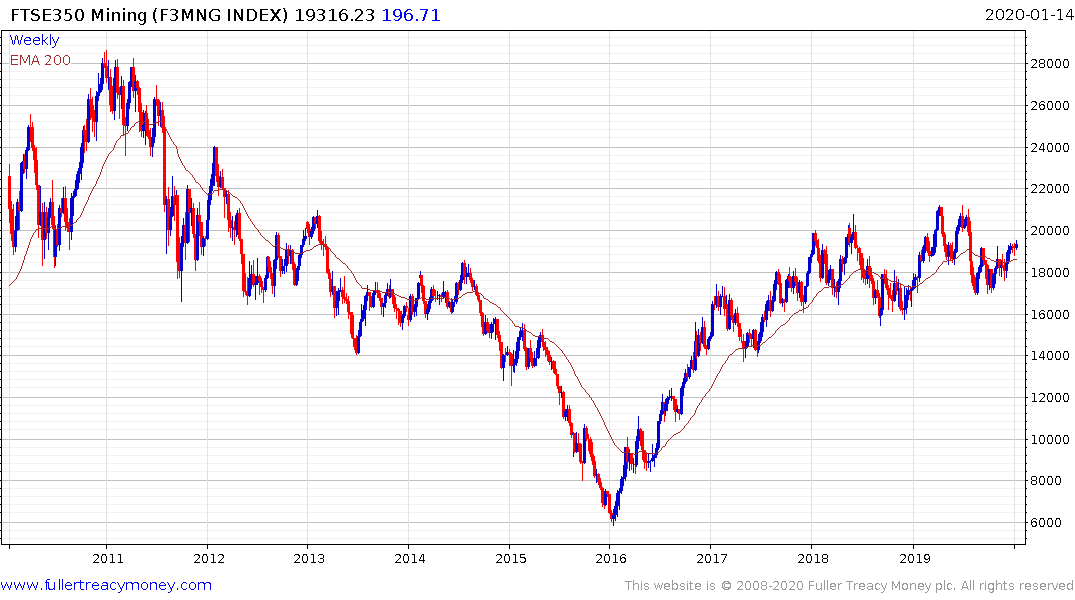 The FTSE-350 Mining Index continues to range below 20000 and will need to sustain a move above that level to reconfirm medium-term demand dominance.