However, China faces a new policy trilemma: if President Xi Jinping truly prioritises reforms over growth, we must see more corporate defaults or foreign borrowing. But if the government does not want higher offshore USD debts, they must sacrifice some growth. They can’t have all three.

Removing the implicit government guarantee is a necessary evil. Since the national fiscal audits in 2013 and 2015, the central government has tried to detach itself from ill-defined liabilities, notably the local government financing vehicles (LGFVs).

This is done via taming shadow lending (slide 5). Since these activities were a key funding source for LGFVs, SMEs, and other borrowers which major banks do not serve, we must see credit spreads surge as a result of the deleveraging process (slide 6).

Many corporates opted to borrow from offshore (slide 7) in 2017. However, the rapid rise of foreign debt has triggered policymakers’ concern (slide 8). In Q1 2018, China’s foreign liabilities hit a record high of USD1.8trn (29% y/y), extending its uptrend since Q1 2016. 53% of it was USD debt and 64% were short-term debt. Meanwhile, Q1 also saw China’s first current account deficits since 2001 (slide 9). Going forward, the outlook for China’s FX reserves position deserves attention.

We believe that slowing GDP growth is not a risk; the temptation to pump prime the economy is. The RRR cuts in April and July are unlikely to be monetary policy responses to growth risks. Any impact from the US-China trade war is still insufficient to halt the deleveraging process (slide 10). Thus, we believe the cuts are a response to the normalised ‘M1-M2 gap’ (slide 11) which indicates shadow lending is under controlled. Chinese regulators are tackling credit allocation on banks’ balance sheets under the flag of ‘structural deleveraging’. GDP growth will still slow (ANZ: 6.3% for H2, slide 12). Market sentiment will be poor. But targeting growth over reform will be worse, in our view.

China has banned borrowing in US Dollars and it is closing off funding to highly leveraged regional governments, infrastructure projects and businesses. At the same time, it is allowing the default rate to rise. If we were asking where borrowers are supposed to get the funding they need to refinance or continue operations, we have our answer. Defaults are going to rise further.

Tariffs are making the headlines but the broader picture is that the Xi administration has decided to tackle structural problems now so that they can achieve their long-term goals of global domination. That also helps to explain the concerted effort at containing popular protest and freedom of association. The problem for investors is that we do not know what the “natural” level of Chinese defaults is and that represents a potentially troubling known unknowable.

High yield spreads are rising just about everywhere but Asia’s risk profile is being skewed by China. 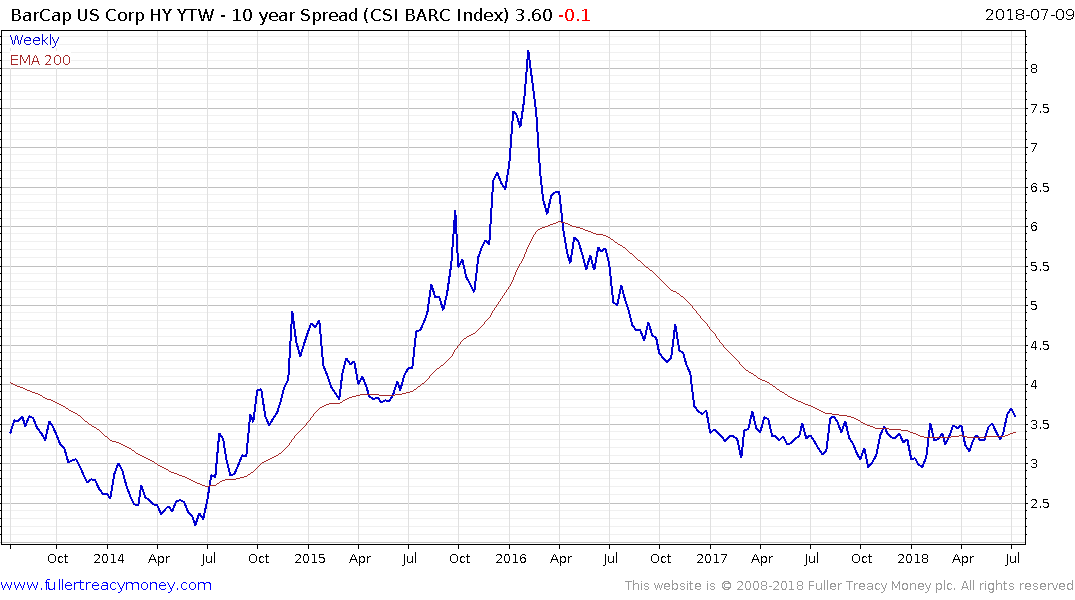 Credit tends to lead the stock market so these are important markets to monitor even as Wall Street continues to hold its upward bias. 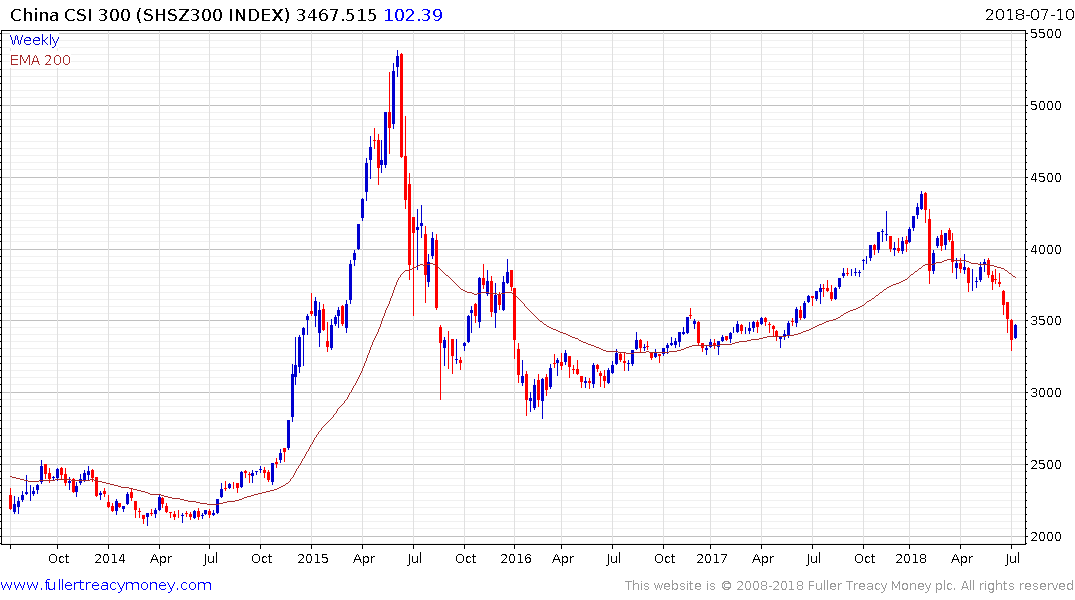 China’s stock market is oversold in the short-term so there is scope for a reversionary rally but it has a lot of work to do to suggest a return to demand dominance beyond the short term.