China in counterfeit gold scandal as Wuhan company uses fake bars to gain $4.1bn in loans
Comment of the Day

The story broke after a Beijing-based website investigated complaints and then posted the news under the headline: “The mystery of [US]$2 billion of loans backed by fake gold”.

​Kingold is denying it lodged fake bars with Chinese lenders such as China Minsheng Trust, Hengfeng Bank, Dongguan Trust and Bank of Zhangjiakou. The trust companies involved are largely what are known as “shadow banks”.

Veteran gold watchers will remember the case of gold-plated tungsten bars which began to turn up in New York a few years ago. 82 tonnes of gold is a substantial total and highlights the lack of governance in China’s financial system.

The very idea of a jewellery maker staking the material it requires to generate income as collateral on debt is questionable to begin with. The only way it was possible is because of the company’s ties to the military.

As prices rise it is inevitable, we are going to see more counterfeit operations unveiled. After all, high prices only encourage attempts to profit in any way possible. Meanwhile there is probably not as much physical gold available for purchase as one might think. 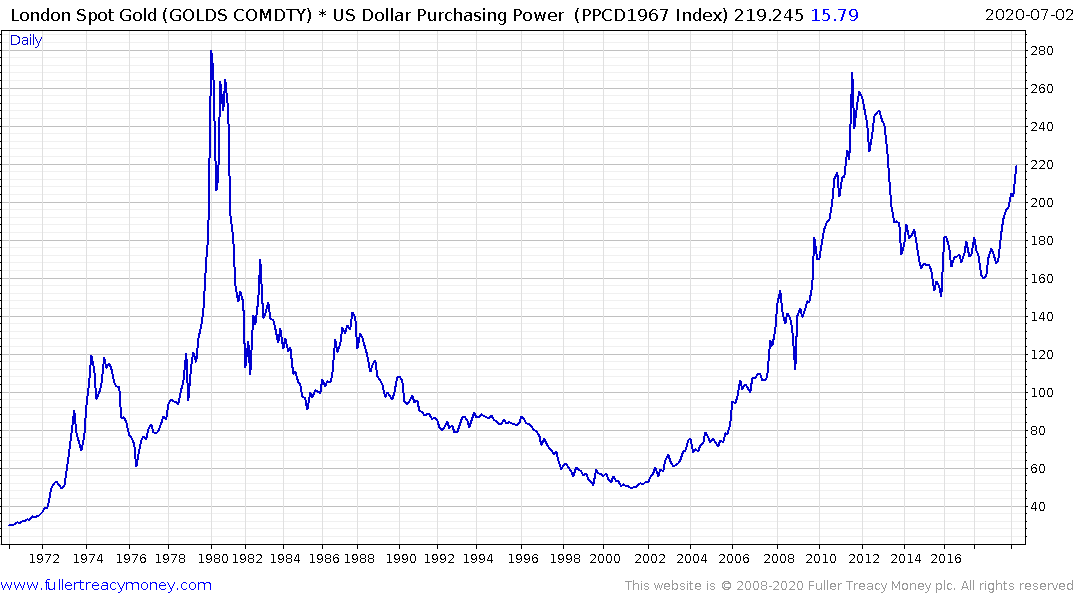 The clear message is gold remains in a medium bull market and is likely to make significant new highs in purchasing power parity terms well before this trend is completed.