The big question now confronting investors is how much pain China’s government is willing to tolerate as it tries to wean the bond market off implicit guarantees. None of the state-owned companies that have defaulted so far -- including Peking University Founder Group Corp., which is ultimately controlled by China’s education ministry -- were considered as systemically important as China Huarong.

Chinese authorities have tried to strike a balance between instilling more market discipline and avoiding a sudden loss of confidence that might spiral into a crisis. But the tumult surrounding China Huarong, some of whose bonds are now trading below 80 cents on the dollar, highlights how quickly investor sentiment can deteriorate even at a time when the economy is strengthening.

“China’s credit market is entering a new era as SOEs are emerging as the main source of stress,” said Shuncheng Zhang, an analyst at Fitch Ratings. Whatever the outcome for China Huarong, policy makers will likely allow more defaults in the state sector to reduce moral hazard and cultivate a more mature debt market, he added.

Huarong was created as a bad bank, where the defunct loans of China’s banks were dumped 20 years ago. The generally accepted business model for these kinds of entities is they end up with hard to value assets and are given the time required to sell them at profitable rates. That’s how Ireland’s bad bank functioned in the aftermath of the Global Financial Crisis for example. The fact that Huarong is now running into trouble is reflective of the fact that it long ago departed from its bad bank foundation to imitate the business model of the banks it was designed to clean up.

The biggest unknown for any investor in China is what the natural default rate is. Since defaults are a relatively new phenomenon there is no way of knowing where the normal level is. That suggests a great deal of volatility is to be expected before the market can come to rest at a point where investors can have some degree of confidence in how the market functions.

China attracted massive inflows during the pandemic because it fared better in fighting the virus. Stronger growth, higher yields and a steady currency provided investors with a safe haven from the uncertainty plaguing the rest of the world. Now that other countries are coming out the other end of the pandemic that hot money is likely to move in search of more attractive returns. 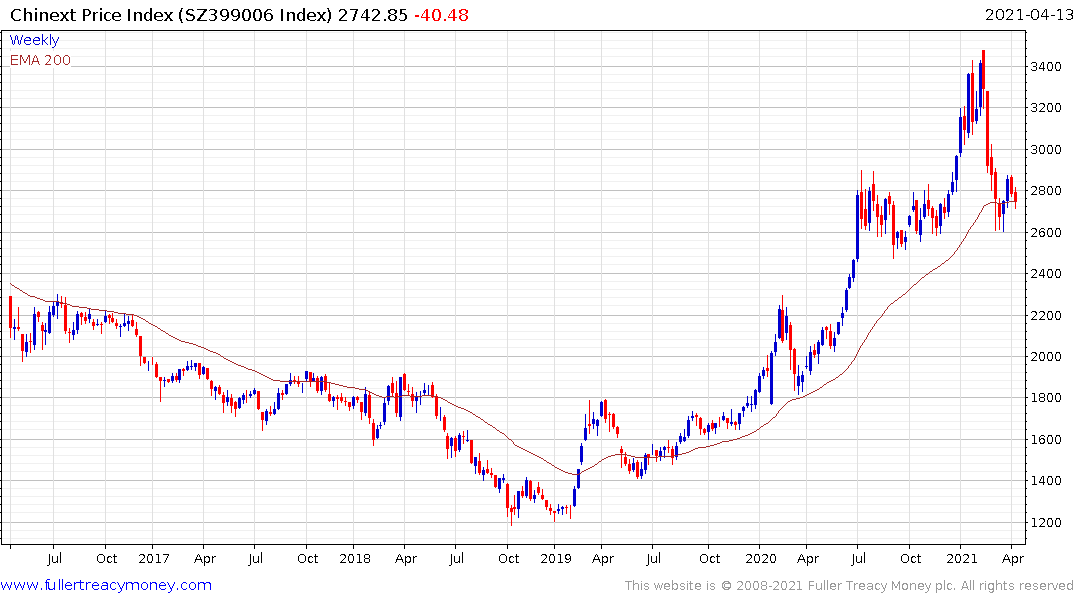 The increasingly inclement reception domestic tech companies are receiving in China has resulted in the stock market underperforming significantly over the last few weeks as higher growth sectors internationally have rebounded.