China announced plans to raise duties on some American imports starting June 1, defying a call from President Donald Trump to resist escalating a trade war that is sending stocks tumbling and clouding the outlook for the global economy.

Less than two hours after Trump tweeted a warning that “China should not retaliate -- will only get worse!” the Ministry of Finance in Beijing unveiled the measures on its website. The new rate of 25% will apply to 2,493 U.S. products, with other goods subject to duties ranging from 5% to 20%, it
said.

The next salvo was poised to come later Monday, when the Trump administration is expected to provide details of its plans to impose a 25% additional tariff on all remaining imports from China -- some $300 billion in trade.

There are a large number of companies that both manufacture in China but also rely on Chinese orders to support growth. There has been some speculation in the media about China’s desire to sell its holdings of US Treasuries but that would do as much damage to themselves as to the USA. Meanwhile making life difficult for the USA’s largest companies is an obvious strategy to exert the maximum possible shock on the US administration. 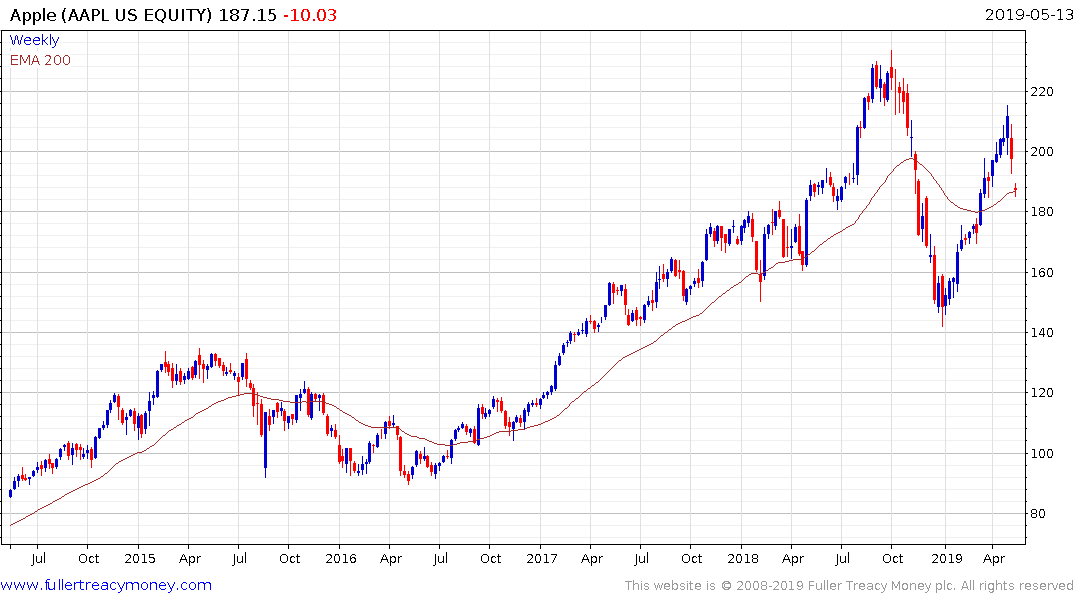 Apple is an obvious target. The share has pulled back sharply over the last week and is now testing the region of the trend mean. 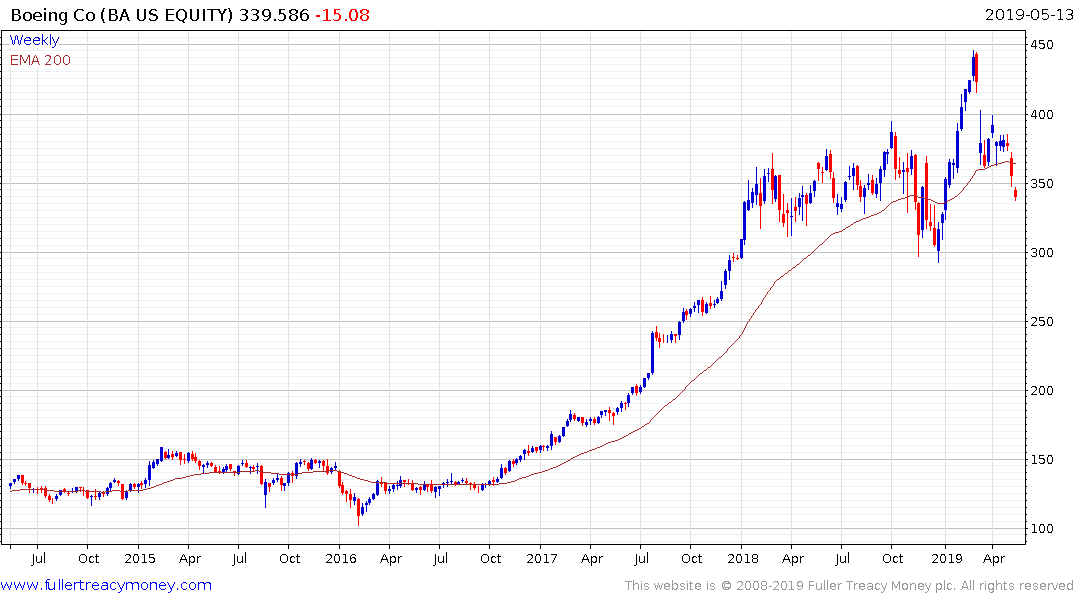 The debacle of Boeing’s planes falling out of the sky has already hit the share but the potential loss of Chinese orders is another significant headwind. The share broke downwards from a short-term range last week and continues to extend that decline. 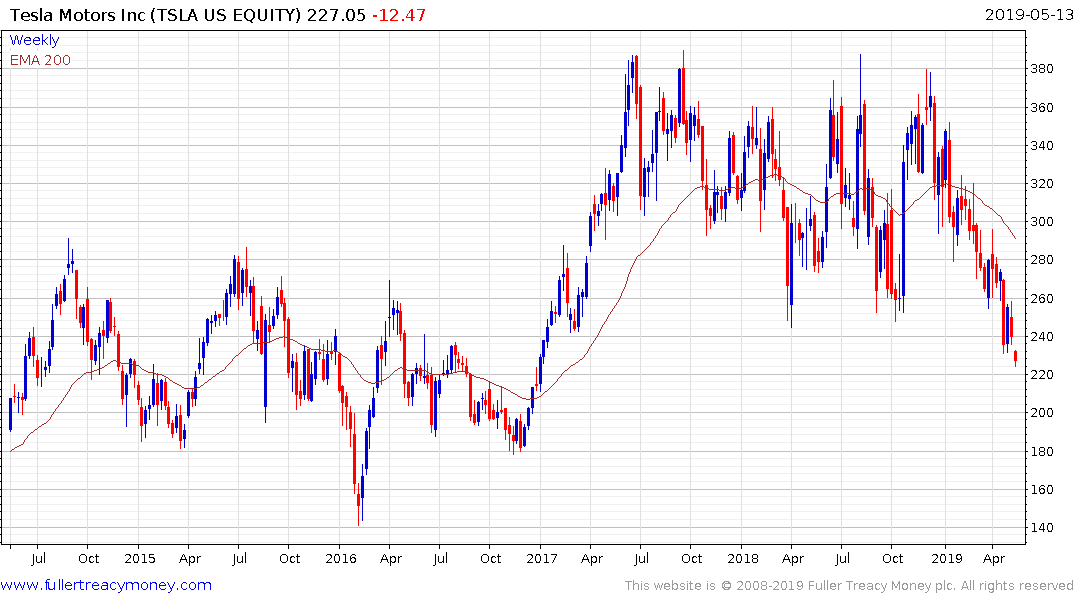 Tesla broke ground on a new factory in China a couple of months ago in an attempt to avoid tariffs on its exports. The big question now is whether we will see a negative impact on sales as a result of a strike on buying American. The share has been trending lower year-to-date and while increasingly oversold, continues to hold a sequence of lower rally highs.

Both China and the USA have a vested interest in reaching an agreement but it is going to take meaningful movement from both sides to get a deal done considering the desire of both Presidents to declare victory.