The Chinese government has given new waivers to several domestic state and private companies to buy U.S. soybeans without being subject to retaliatory tariffs, according to people familiar with the situation.

The companies received tariff waivers for between 2 million to 3 million tons of American soy, said the people, who asked not to be identified as the information is private. Some firms have already bought at least 20 cargoes, or about 1.2 million tons, of the commodity from the U.S. Pacific North West on Monday, the people said.

Among the companies are state-owned buyers Cofco and Sinograin as well as five other crushers, the people said. China’s commerce ministry didn’t respond to a fax seeking comment.

China has a food price inflation problem which is not easily fixable because the plagues and pestilence which affected the tillage and animal husbandry sectors are chronic in nature. There have been efforts to try and source soybeans in particular from Brazil but there are just not enough to go around. As predicted in last night’s subscriber’s audio this action to buy more American agricultural exports was inevitable. 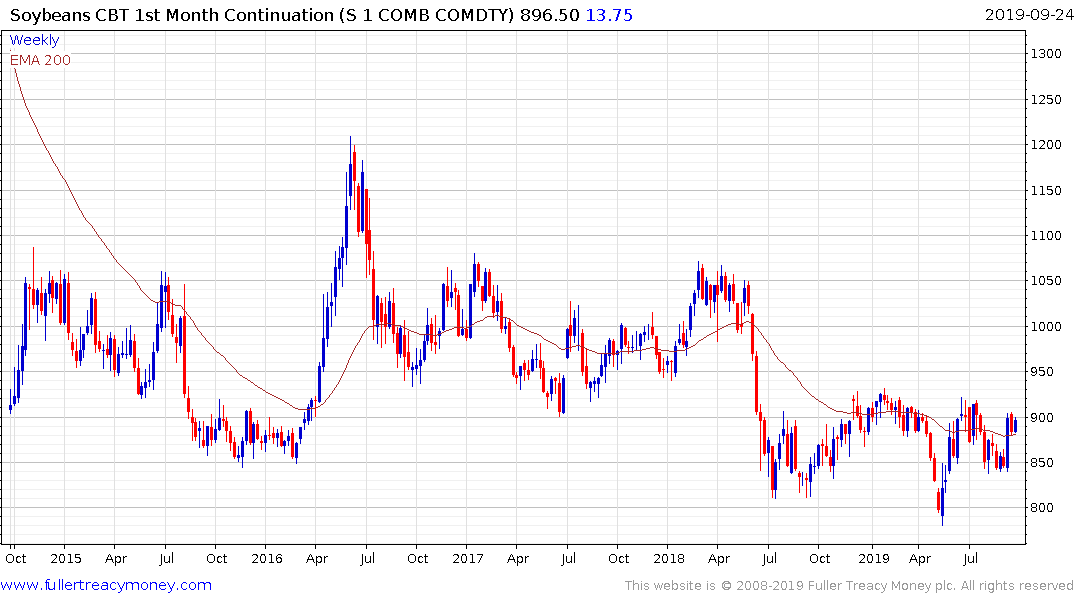 Soybeans has been ranging mostly above 800 for the last year and is currently firming within that base. 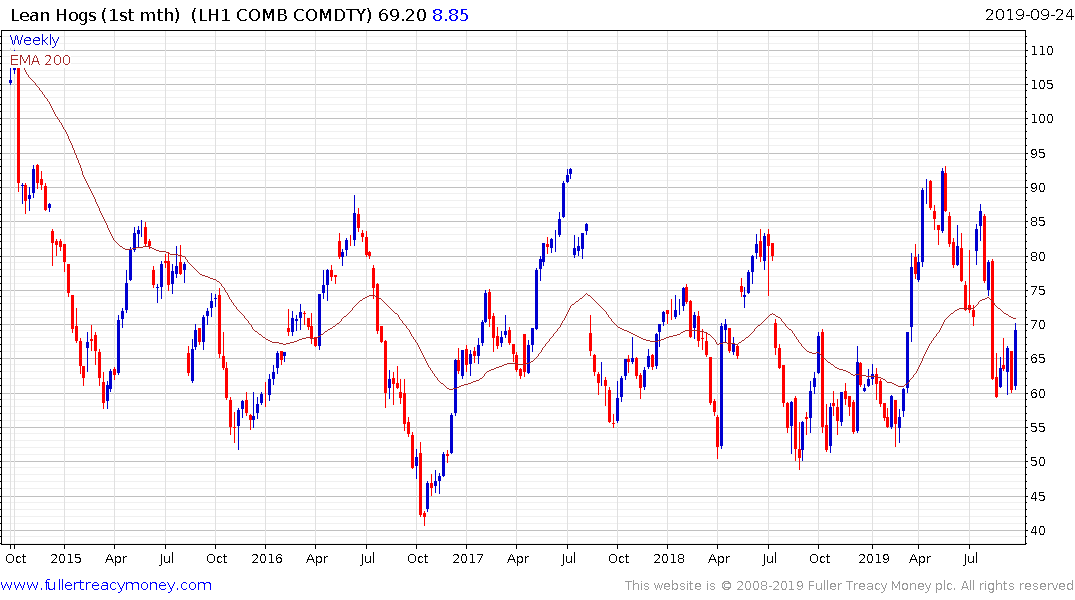 Lean Hogs has been trading in a volatile manner but is also firming as it holds a yearlong succession of higher reaction lows. 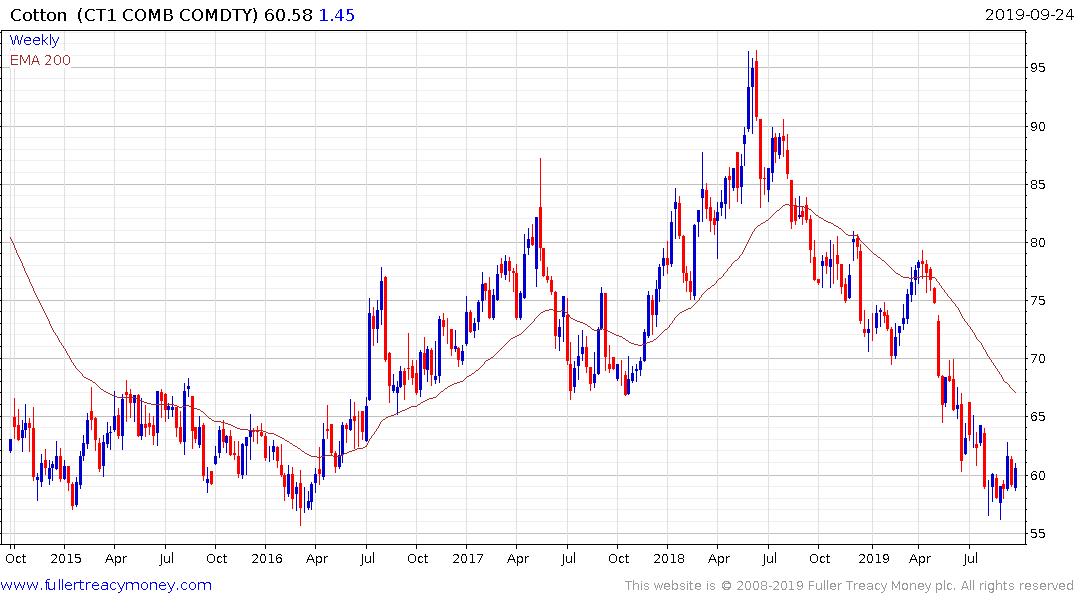 Cotton is back testing its lows of the last five years and is exhibiting initial signs of steadying.