“The PBOC is sending a signal that it will not tighten monetary policy quickly, but also it’s less likely to use broad easing measures such as a reserve ratio cut,” said Xia Le, chief economist at PingAn Digital Economic Research Center. “This will benefit government bonds in the short term. But in the longer
run, the performance of the debt is more dependent on China’s economy and the U.S. election.”

The PBOC offered 600 billion yuan ($88.1 billion) of one-year funding with the medium-term lending facility, according to a statement. That will more than offset the 200 billion yuan in loans that come due on Thursday, implying a net injection of 400 billion yuan, the largest monthly addition since July 2018. It
kept the interest rate on the funds unchanged at 2.95%.

Chinese lenders -- the main buyers of government debt -- are compelled to buy 1.13 trillion yuan of new debt this month and repay 1.7 trillion yuan of short-term interbank debt. Financial institutions are also hoarding funds for quarter-end regulatory checks. Adding to the liquidity strain is the authorities’ crackdown on high-yielding financial products, which has limited their ability to attract deposits.

Chinese stimulus has taken a slightly different path to that followed by the Fed or ECB but it is certainly present. China’s steel and aluminium production are hitting new highs and Chinese demand for copper is the primary factor behind recent strong pricing. The clear message here is that China is pulling on the traditional levers for growth which is spurring infrastructure and industrial development. They clearly intend to come out of the pandemic in a stronger position than before they went in. 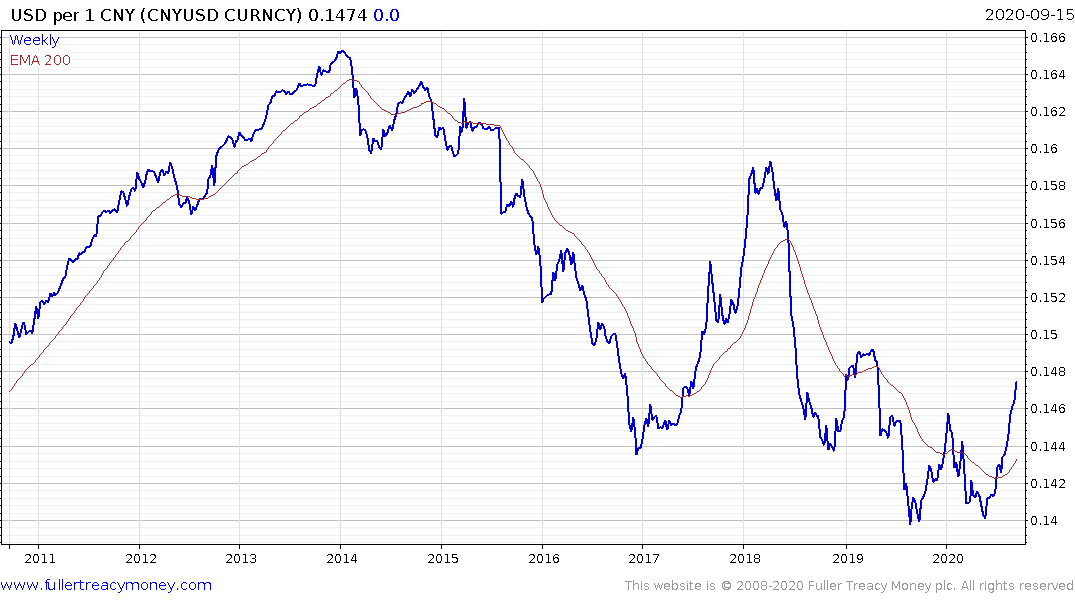 The Renminbi’s rebound is a welcome development for all of Asia because it enhances the ability of regional markets to attract investor interest. The Renminbi is the regional heavyweight so countries that compete with China for export markets can allow their currencies to appreciate without taking a hit to relative competitiveness. 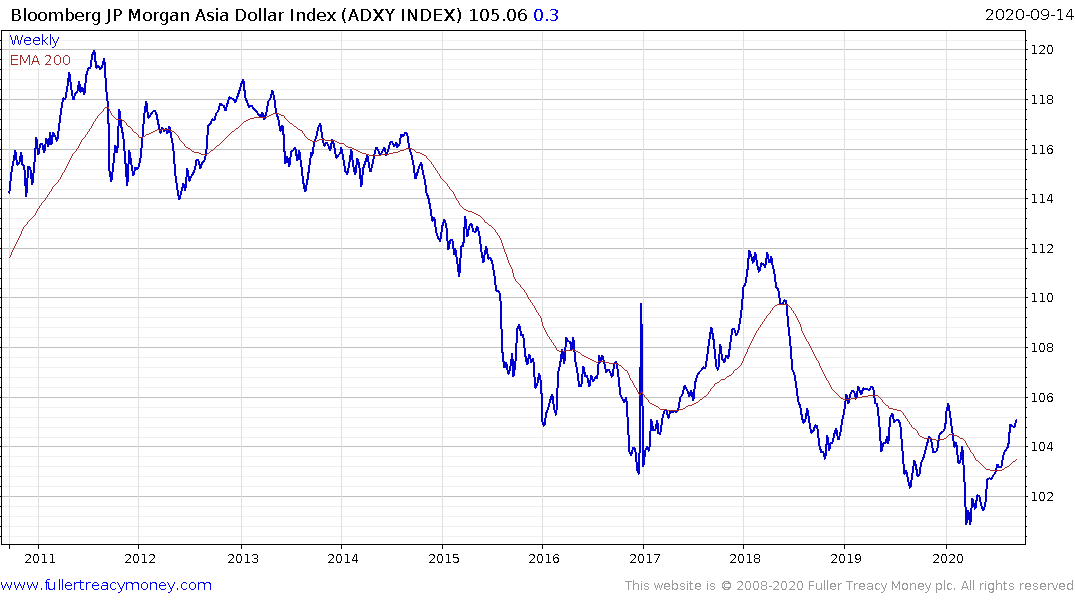 International investors tend to favour emerging markets when their currencies are appreciating. The Renminbi is by far the largest constituent of the Asia Dollar Index and is leading the broader index higher. 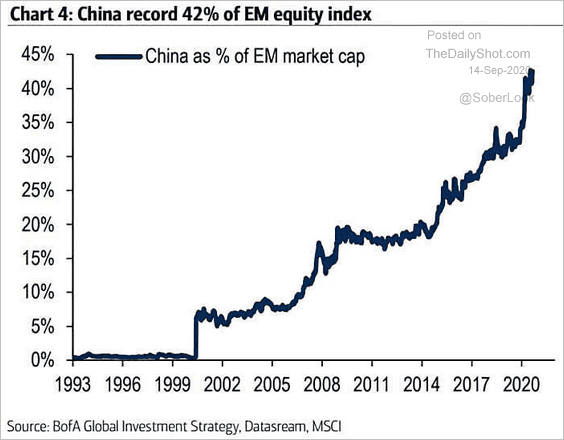 China is also by far the biggest weighting in the MSCI Emerging Markets Index so the outlook for the whole sector will be coloured by how Chinese equities perform. That’s an important aspect of the wider market environment because so much investing is through ETFs in today’s market. 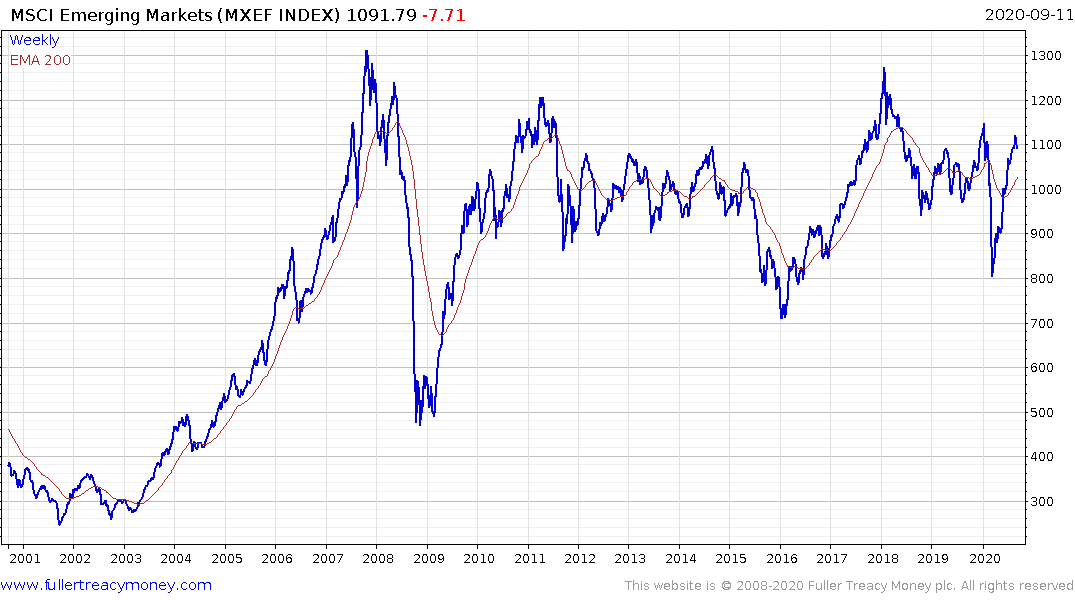 The MSCI Emerging Markets Index has been ranging below 1200 since 2007. A sustained move above that level will be required to signal a return to medium-term demand dominance. 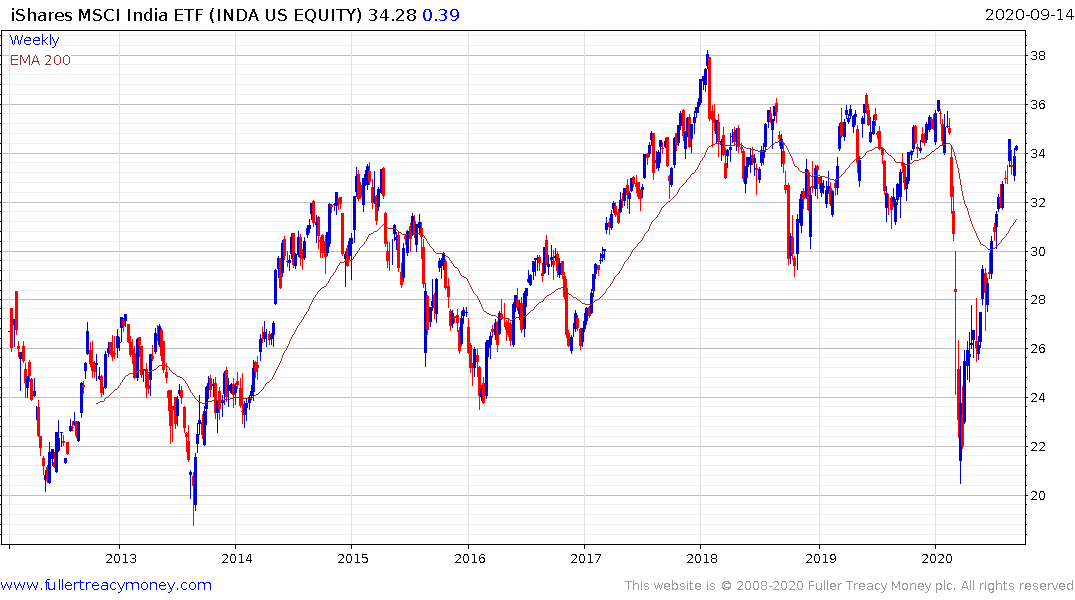 Meanwhile the MSCI India Index shares a high degree of commonality with the BSE500 Index. It is back testing the all--time high following the failed break below 1200. 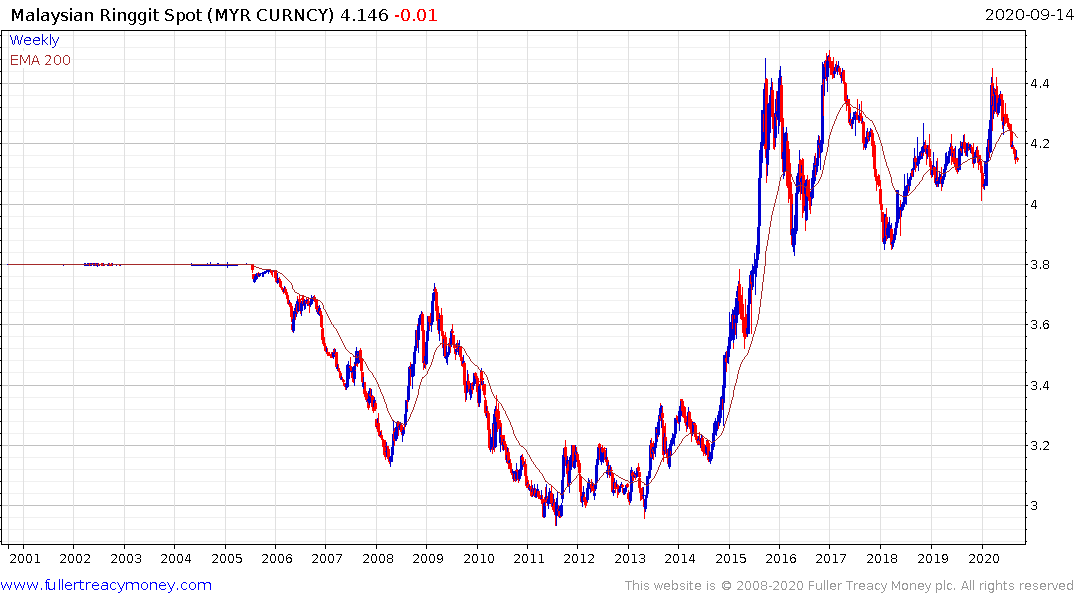 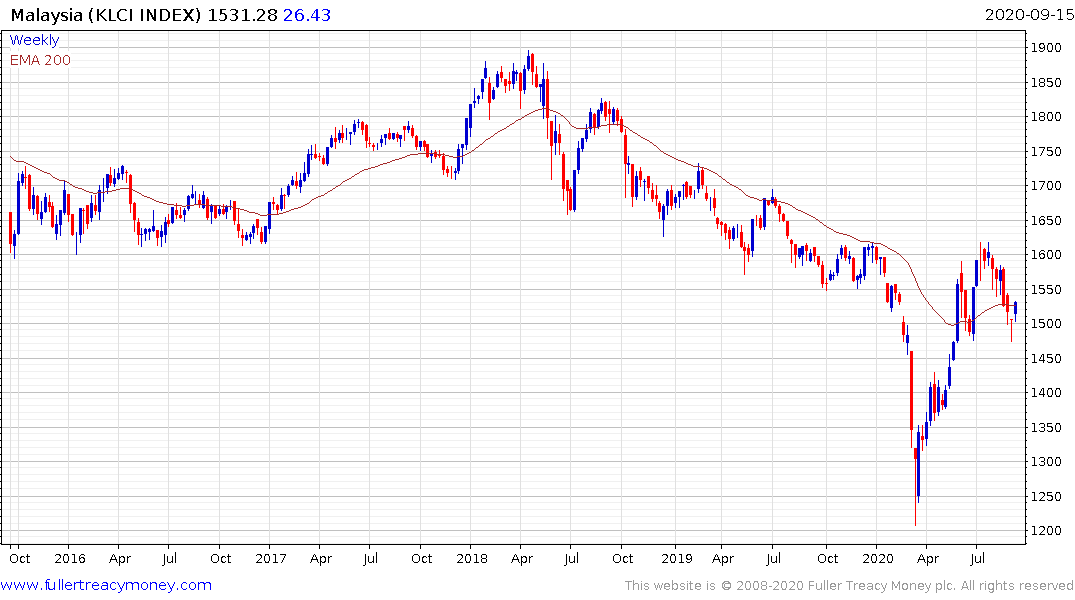 The Malaysia Ringgit has been very stead over the last five years and the Kuala Lumpur Composite bounded this week form the region of the trend mean and has broken the steep two-year downtrend.