China Fines Nu Skin $540,000 for Illegal Sales and Claims
Comment of the Day

"We continue to believe in the potential of China's large and growing market," said Dan Chard, Nu Skin's president of global sales and operations, in a statement. "We remain committed to working cooperatively with the Chinese government to ensure the healthy, long-term growth of our business."

Nu Skin was fined $524,00 for illegally conducting direct sales. The company was fined an additional $16,000 for product claims that Chinese regulators said did not have enough evidence. Six Nu Skin sales employees were fined a combined $241,000 for "unauthorized promotional activities."

Over the last few years, companies employing a direct selling strategy have come under scrutiny from both short sellers and regulatory authorities. Peer group and door-to-door selling strategies are employed because they succeed in tapping into retail markets without having to spend fortunes on leases and shop fittings. Unfortunately, this leaves companies open to the accusation that they are engaged in pyramid selling which has had outsized effects on their shares. 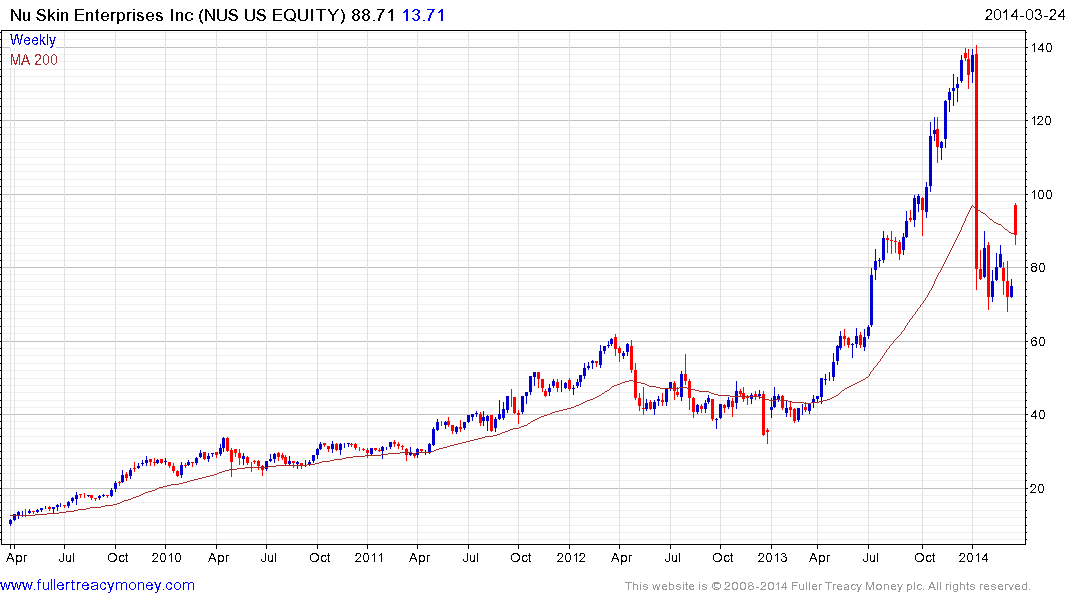 NuSkin Enterprises generated 91.5% of its revenue from Asia in 2012 and is among the original case of Autonomies we created from 2011. The share had accelerated away from its trend mean before the announcement of the Chinese investigation and collapsed subsequently. The share (Est P/E 13.99, DY1.58%) has been ranging mostly above $70 since and a sustained move below that level would be required to question medium-term recovery potential. 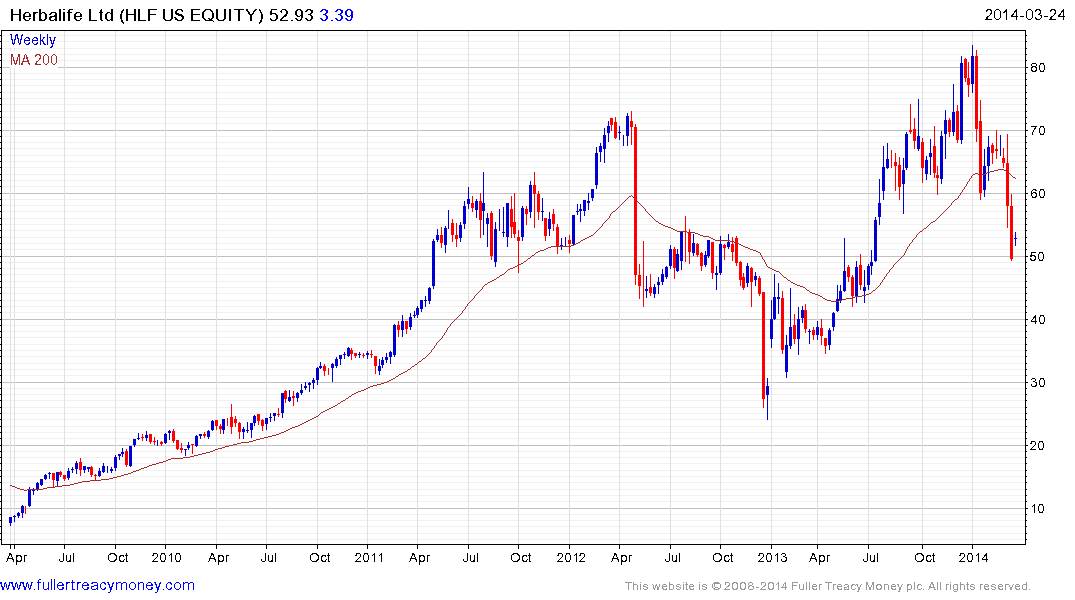 Elsewhere, Herbalife announced today that it would appoint three more of Carl Icahn’s nominees to its board in an intensification of the battle being waged against short sellers; namely Bill Ackman. The share (Est P/E 8.76, DY2.27%) plunged over the last couple of weeks but found at least short-term support today in the region of $50. (Also see Comment of the Day on May 22nd 2013)