With the latest sale, China will have dollar securities outstanding with maturity dates ranging from 2022 to 2096 (the result of a small century bond sold in the 1990s). There will be an increasing variety of maturities off which Chinese corporate debt can price, with sovereign benchmarks at maturities from 2022 to 2048 of at least half a billion dollars each.

The total Chinese dollar bond market now tops $740 billion, according to data compiled by Bloomberg, and issuance so far this year has run at a record pace. On a single day in early November, some six property developers were selling dollar securities.

Earlier this month, China also sold euro debt, the first time since 2004 that it issued in that currency. That deal saw blowout demand, with a majority orders coming from European funds in a region that’s been beset by negative-yielding securities.

The rapid growth of the China Dollar bond market was one of the primary reasons the Chinese central bank expressed worry about local government funding mechanisms in 2018. They quickly moved into a curtail the practice but that effort now appears to be over with demand for overseas debt increasing once more.

At $740 billion the Chinese Dollar bond market is among the largest in the world and represents a significant liability for international investors in the event the Chinese economy has a recession.

This story today on the first state-owned companies to default on a Dollar bond should be a warning that Chinese issuers are not risk free. 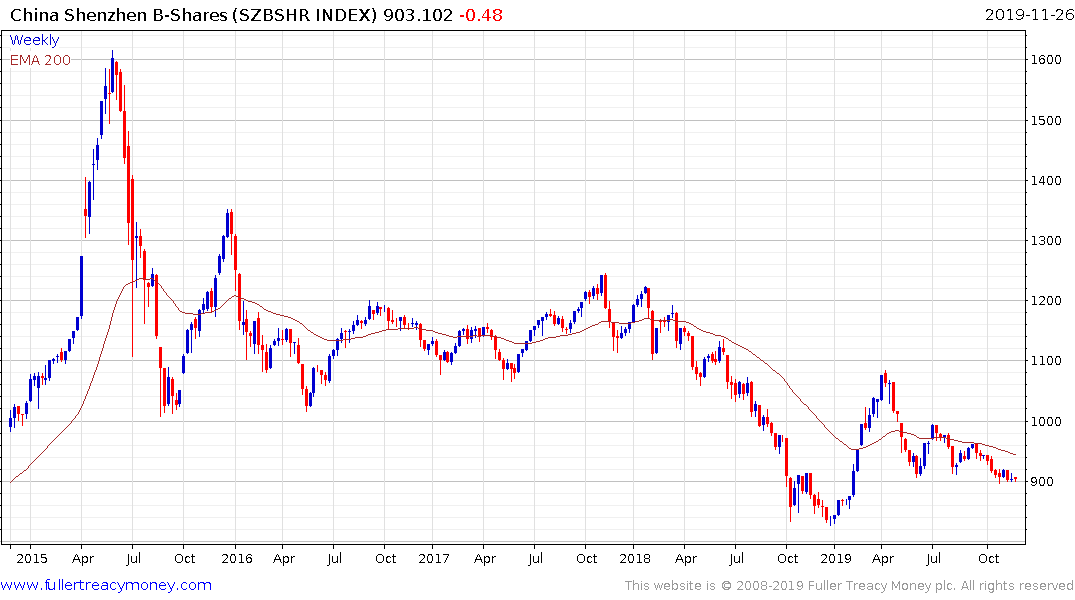 The Shenzhen B-Shares Index which does not include banks or the major state-owned companies is barely steady at the 900 level. 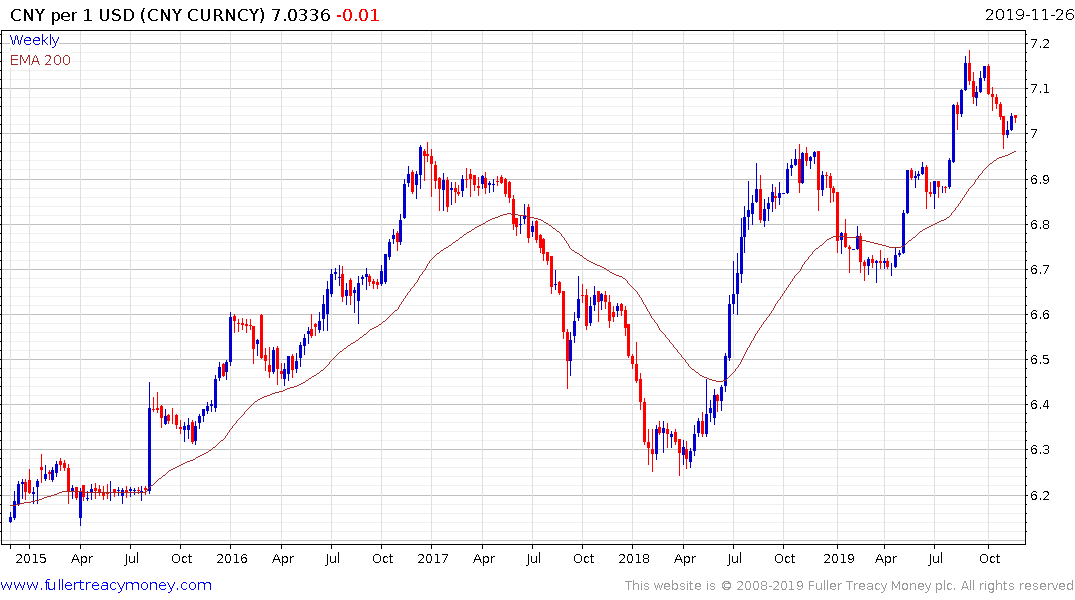 Anyone buying Dollar bonds from a Chinese issuer needs to be of the opinion the Renminbi is not going to deteriorate further which is a risky play in my opinion.