Last week, an influential Chinese think tank said China should lower interest rates and boost infrastructure investment to ensure the economy will grow by at least 5 per cent next year.

China’s year-on-year economic growth is expected to drop below 4 per cent in the fourth quarter of 2021, way down from a 18.3 per cent rise in the first quarter.

“We expect a further 45 basis point of cuts to the one-year LPR during 2022. Just as important is what happens to quantitative controls on credit, including on borrowing by local governments. Early signs are these will be relaxed, but not greatly,” added Williams.

“The overall impression, including from [Monday’s] announcement, is that policy is being eased but not dramatically.”

Capital is both global and mobile. It flows to the most attractive assets and helps to create bull markets. From the beginning of the pandemic until now, there has been nothing to worry about in terms of the supply of capital and liquidity. The big question for 2022 is where will the liquidity come from to continue to support bull markets.

China is acting in a slow but controlled manner to support the economy while simultaneously squeezing leverage out of the property market. It’s a delicate game but the last thing the government wants is a rout. That suggests continued measures to ease lending standards even as property firms are prohibited from boosting leverage ratios.

China deliberately squeezed the housing sector so the default of the most overleveraged property developers is part of the plan. However, with consumer spending deteriorating, some contagion into the economy is already apparent. It is increasingly likely that China will be a major source of fiscal support next year.

The wild card in these calculations is the omicron variant. China has so far avoided the worst effects of the pandemic, but each variant is progressively more transmissible. Additionally, China’s domestic vaccines appear to be ineffective against it and at a minimum require a third dose. Even with milder symptoms, the sheer volume of potential patients makes omicron a significant challenge for China and particularly with a major international event like the Olympics coming up. 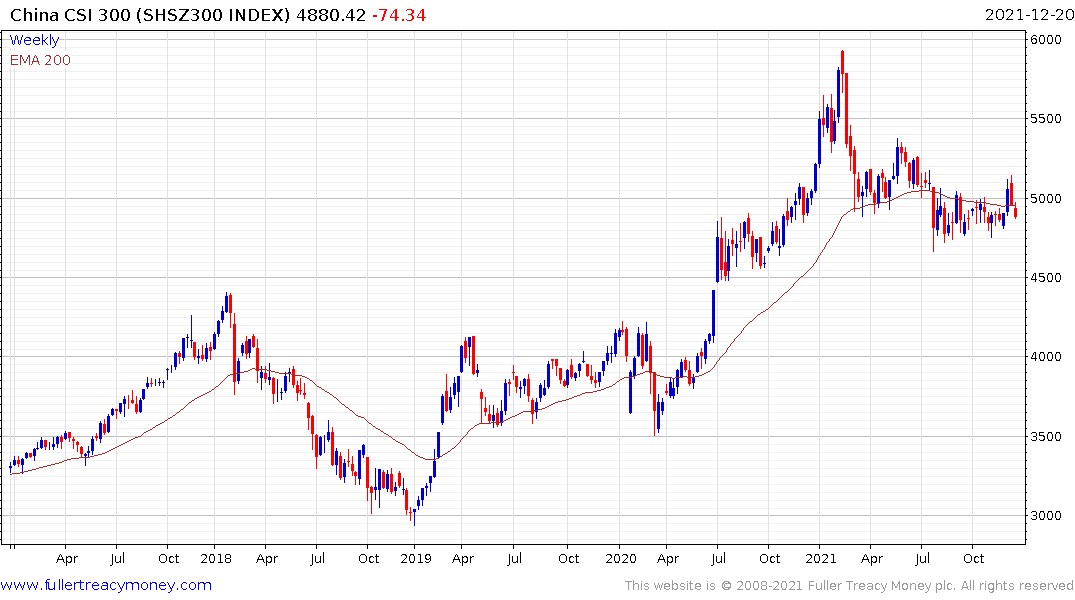 The CSI 300 continues to fall back towards the lower side of its range following the failed upside break.

In the USA, the determination to accelerate tapering and potentially raise rates next year suggests financial conditions are about as accommodative as they are going to get. The uncertainty about when an additional spending bill will be passed is also weighing on sentiment. 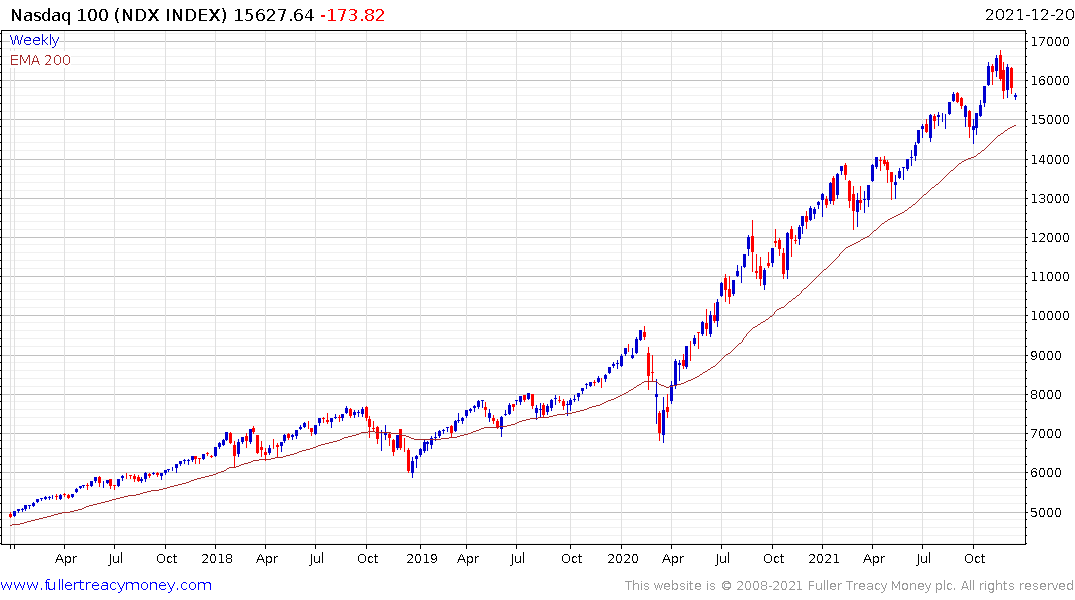 The Nasdaq-100 opened at the early December low this morning. That also coincides with the upper side of the underlying range and the September peak. It will need to rebound quickly if the trend is to remain consistent. 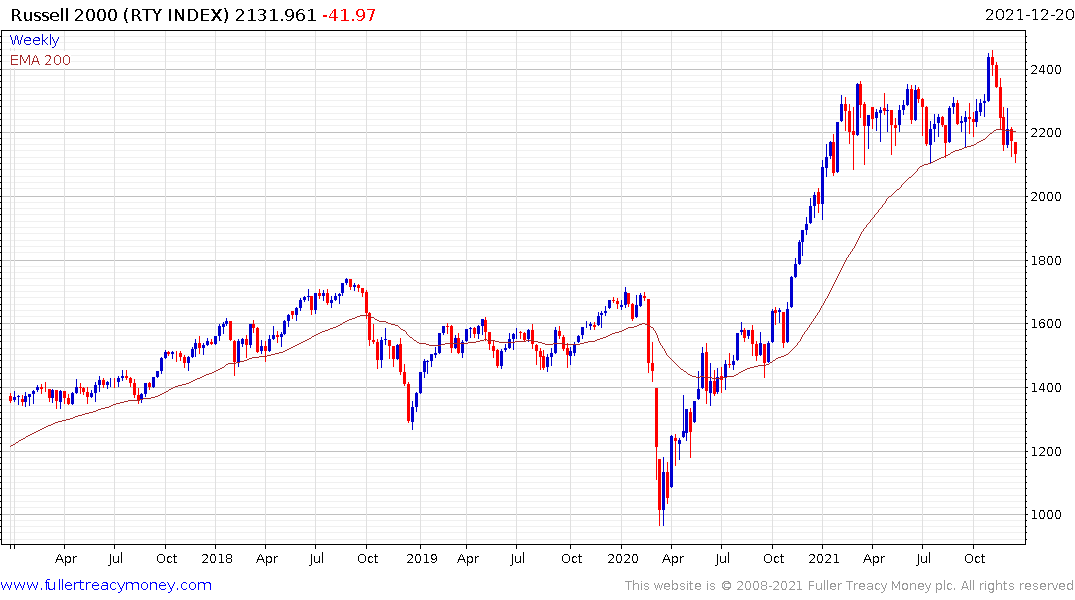 The Russell 2000 is holding onto the lower side of the yearlong range by its fingernails. An upward dynamic is urgently required to check Type-2 top formation completion characteristics.