China’s administration is worried about the debt mountain which has been accrued over the last decade and are therefore reluctant to pull on the traditional levers for growth in the housing and infrastructure sectors. That is weighing on demand for just about all industrial commodities.

The Continuous Commodity Index closed above 400 for the first time in months on Friday. It needs to sustain the move above that level to break the yearlong downtrend and signal a return to demand dominance beyond the short term. 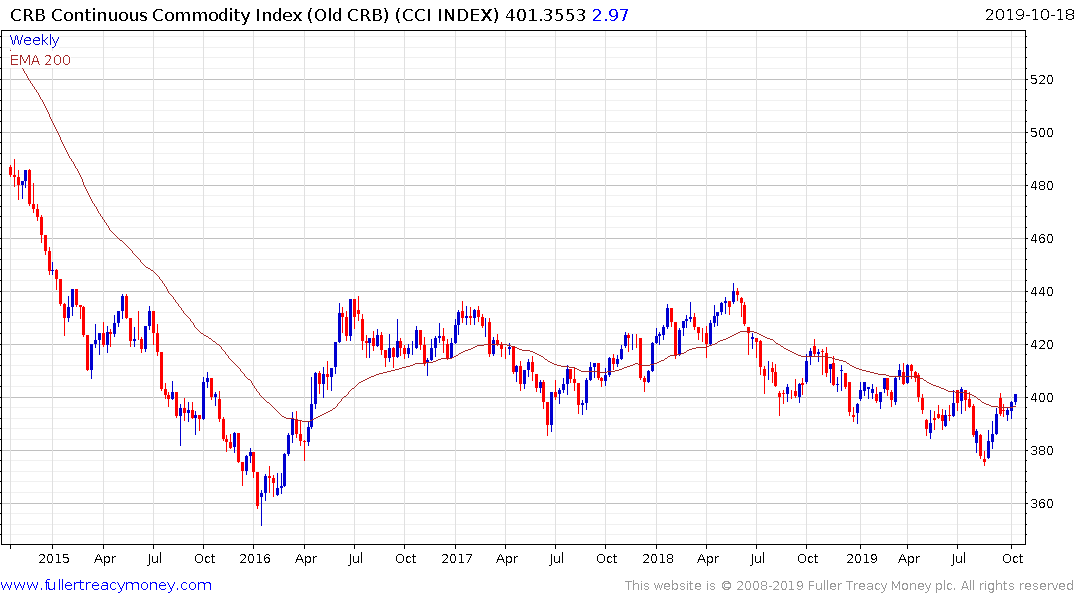 The outlook for commodity related currencies like the Australian and New Zealand Dollars, South African Rand, Canadian Dollar, Brazilian Real etc will be rather heavily influenced by Chinese demand for their respective exports.

One of the primary factors inhibiting the oil price from sustaining a rally is the lack of a compelling demand story. In the absence of robust support from the world’s largest consumer that is going to be a challenging argument to make.

The other inhibition for a bullish commodity story has been the strength of the Dollar. The US Dollar Index is now back testing the region of its trend mean. This is the area where demand will need to return to dominance if the benefit of the doubt is to continue to be given to higher to lateral ranging. 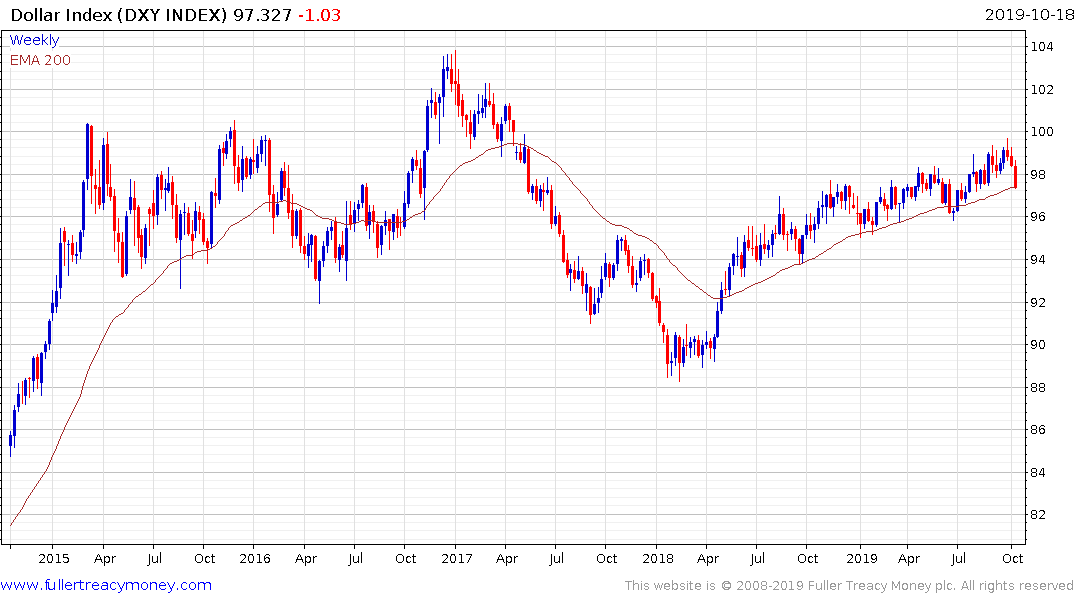