Bonds fell after the central bank withdrew a net 190 billion yuan ($29.5 billion) of short-term funds from the banking system Monday after draining the most since January on Friday. The likelihood of a rate cut in the near term is low and the timing of a reduction in the reserve requirement ratio is uncertain, state-backed China Securities Journal said.

The jump in 10-year yields sent them out of the 10-basis-point range where they had been since the start of August, suggesting traders are giving up bets on aggressive monetary easing. The selloff also followed losses in other global bond markets amid a surge in inflation expectations due to rising energy prices and central-bank progress toward normalization.

The selloff is far from over, analysts at Guotai Junan Securities Co. led by Qin Han in Shanghai wrote in a research note. “All the factors, apart from weak economic growth, are negative for the bond market. The adjustment in China’s bond yields in the fourth quarter may be more drastic than expected.”

The PBoC actively supplied funds to the banking system ahead of the mid-Autumn festival holiday. That helped to allay fears of outright contagion to the wider market and supported the view the administration is fully aware of the risks the property market slowdown entails. By taking some of that money back out, the PBoC is trying to signal they have no intention of bailing out the whole world, like they did following the credit crisis. They might not have a choice.

China is playing a dangerous game. There is merit to the ambition of stamping out moral hazard but it comes with a significant cost. The entire local government debt markets are predicated on land sales continuing. If property sales continue to trend lower, that will gut the ability of municipalities to fund themselves. Property taxes are therefore inevitable. Any way you look at it the property market has a difficult road in front of it. 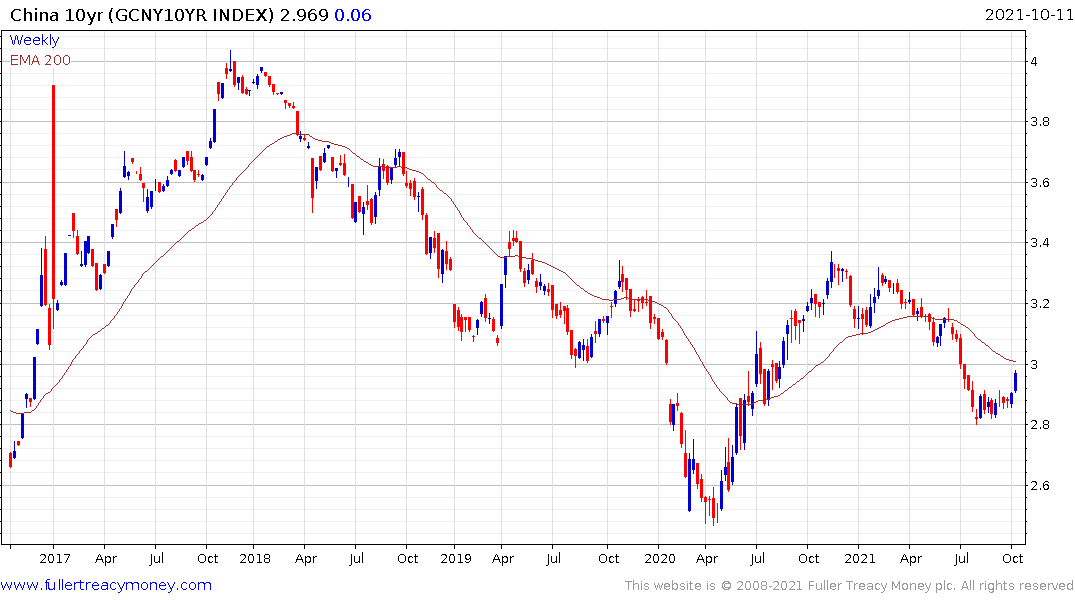 China’s government bond yields are now feeling the pressure from this evolving situation and broke higher today. The broader question is whether this is a foretaste of broader Renminbi weakness ahead of a significant increase in supply to deal with the property market conundrum. 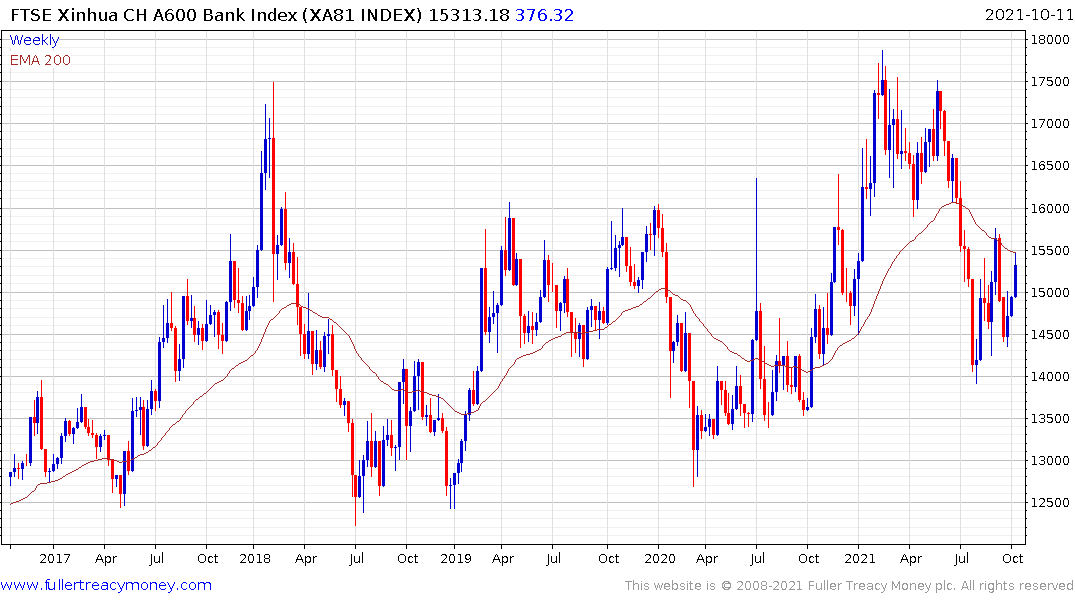 China’s banks are responding in a similar manner to banks elsewhere to the prospect of higher bond yields. 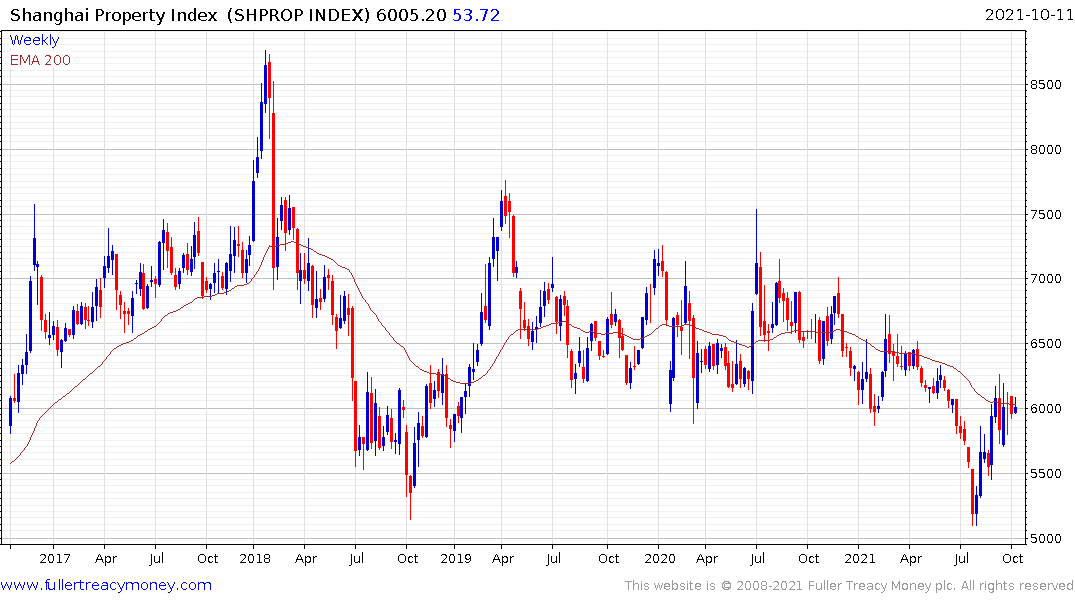 The Shanghai Property Index is pausing in the region of the trend mean and the medium-term sequence of lower rally highs. It needs to continue to extend the rebound above the 6000 level if the benefit of the doubt is to be given to higher to lateral ranging.

This graphic kindly forwarded by a subscriber helps to highlight the property sector has a long way to go before it can unwind its overleveraged position.