Chinese policy makers could devalue the yuan to offset the impact of U.S. duties on China’s economy. The offshore yuan weakened 5.5% against the dollar in 2018, drawing Trump’s ire and fueling speculation that the country was deliberately weakening its currency. While it has fallen 1.8% this week, the currency rose on Friday after the People’s Bank of China set its daily fixing at a stronger-than-expected level.

However, China’s painful experience with devaluing the yuan in 2015, which prompted capital to flee the nation, is likely to dissuade a similar move, according to Tao Wang, UBS Group AG’s chief China economist and head of Asia economic research. “China doesn’t like the self-fulfilling outflows that come as a result of depreciation, which tend to diminish domestic confidence,” she said. “In addition, yuan depreciation last year angered the Trump administration and led to higher U.S. tariffs.”

Watch your own backyard first, worry about everything else afterwards has been the Chinese response to the imposition of additional tariffs on its US exports. The first order of business appears to have been to do what was necessary to avoid a negative reaction in the domestic stock market. That was achieved by clear support coming through for the A-shares market and it posted an upside key day reversal. This action is a testament to the fact that bull markets in China are state sponsored. 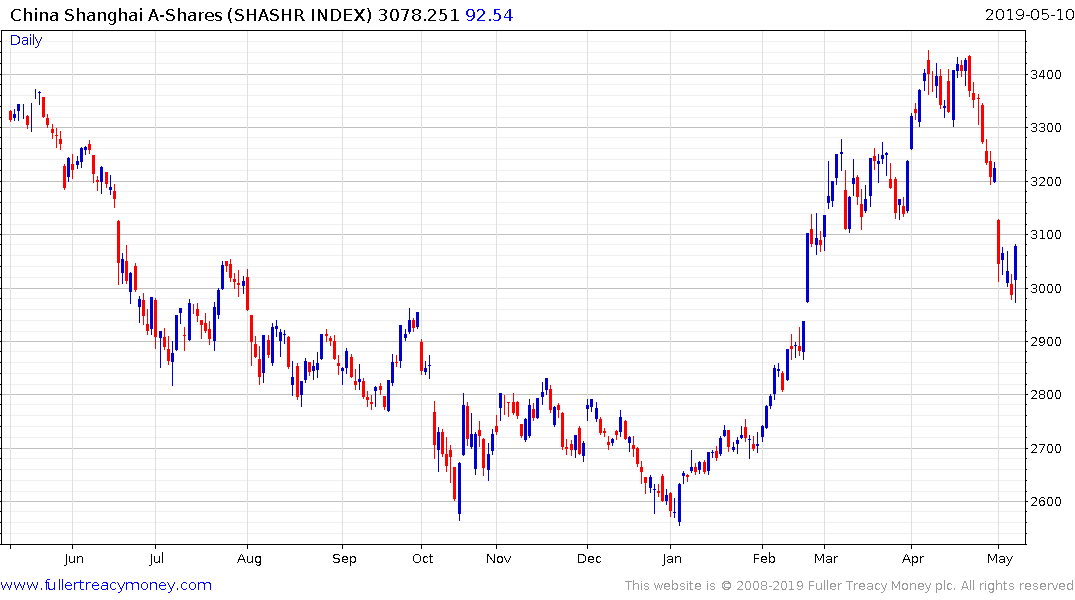 The FTSE/Xinhua A600 Banks Index also bounced to hold its sequence of higher reaction lows. 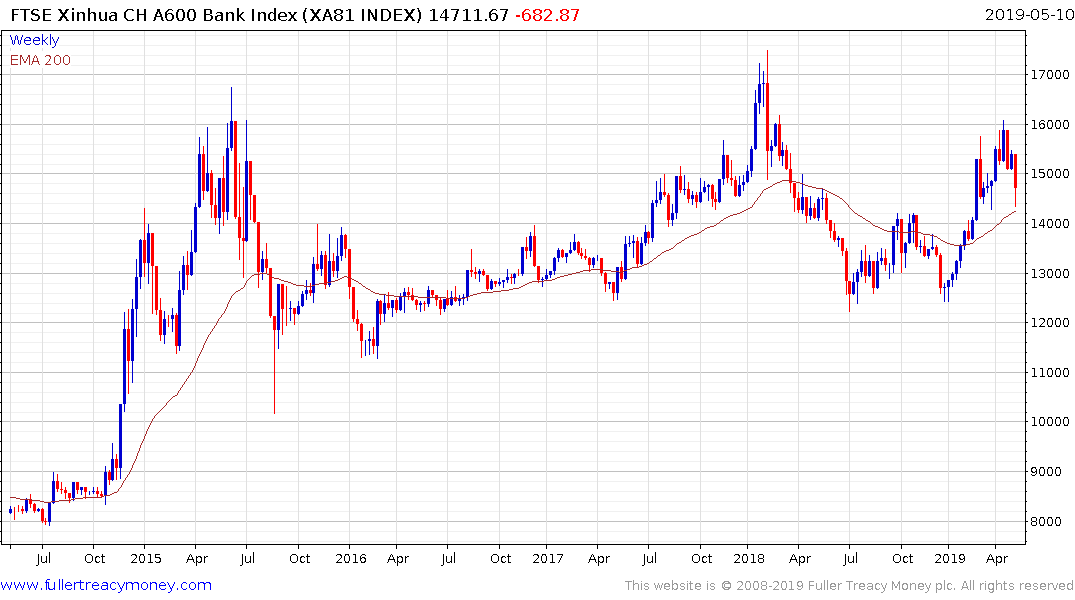 There was not much evidence of support for Hong Kong listed companies however. The China Enterprises Index (H-Shares) was pretty much unchanged on the day following a volatile session. 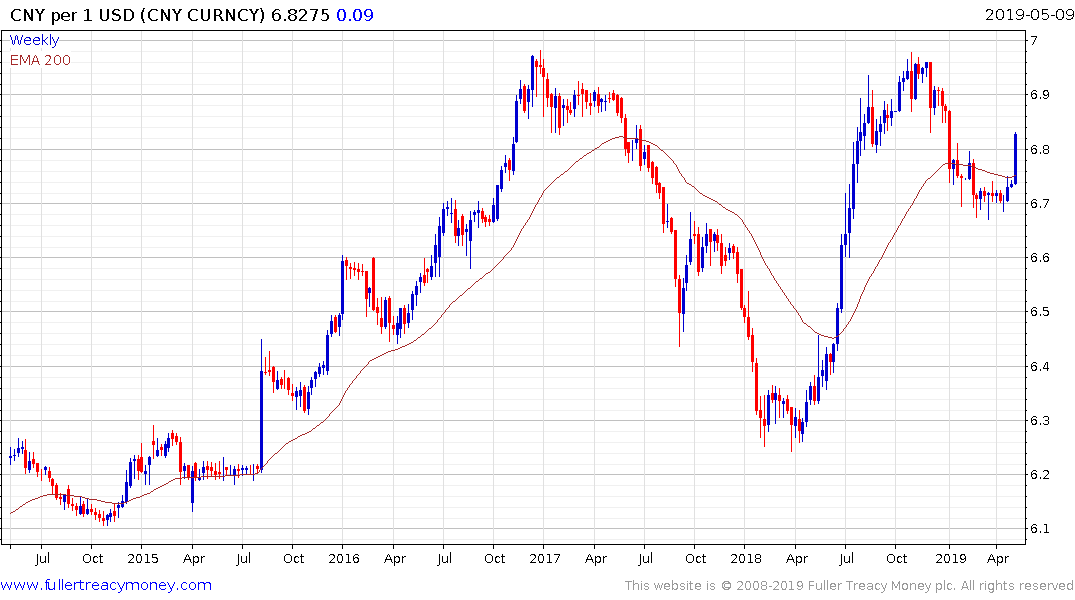 President Xi claimed a couple of months ago that the Renminbi would not be used as a weapon in furthering China’s trade goals. That hardly seems credible considering they devalued the currency about 10% when 10% tariffs were introduced. Now with an additional 15% tariff, a weaker currency would blunt some of the pressure coming to bear on exporters. It looks likely the Renminbi will at least test its lows near CNY7 but that is well shy of a 15% devaluation.

The trade-off is higher domestic inflation, particularly for food, energy and industrial resources and the clear risk of capital flight. This latter challenge is the most worrisome for the Chinese administration and suggests further tightening of financial sector curbs of movement of capital and less appetite for devaluation.

Heighten tensions are bad news for companies like Apple which depend on China for both manufacturing and as an end market for its products.

We can also expect more missile tests from North Korea and China to potentially break sanctions on Iran. The upshot is increased risk of geopolitical led volatility for as long as it takes to get a deal signed.