Central Banks and other institutions
Comment of the Day

Central Banks and other institutions by Eoin Treacy

Central bank net purchases reached 651.5t in 2018, 74% higher y-o-y. This is the highest level of annual net purchases since the suspension of dollar convertibility into gold in 1971, and the second highest annual total on record.1 These institutions now hold nearly 34,000t of gold.

Heightened geopolitical and economic uncertainty throughout the year increasingly drove central banks to diversify their reserves and re-focus their attention on the principal objective of investing in safe and liquid assets.

Many investors now pay a great deal of attention to ETF holdings of gold but governments remain significant accumulators of the metal. That is particularly true of Russia and China which are acquiring gold to insulate themselves from the US Dollar as geopolitical tensions bubble up. 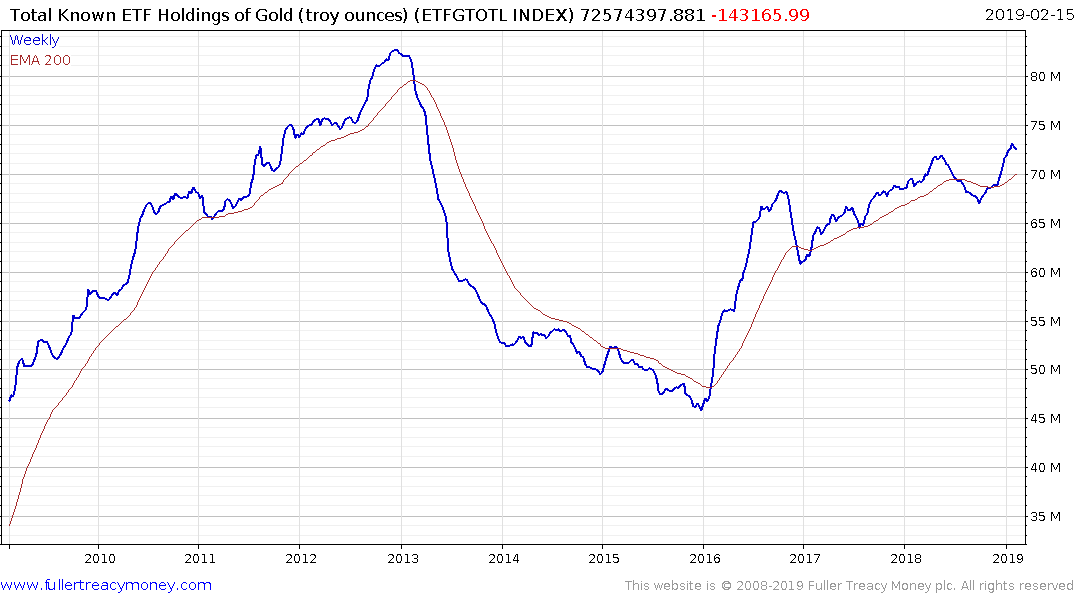 ETF Holdings have so far continued to hold the advance posted over the last few months. 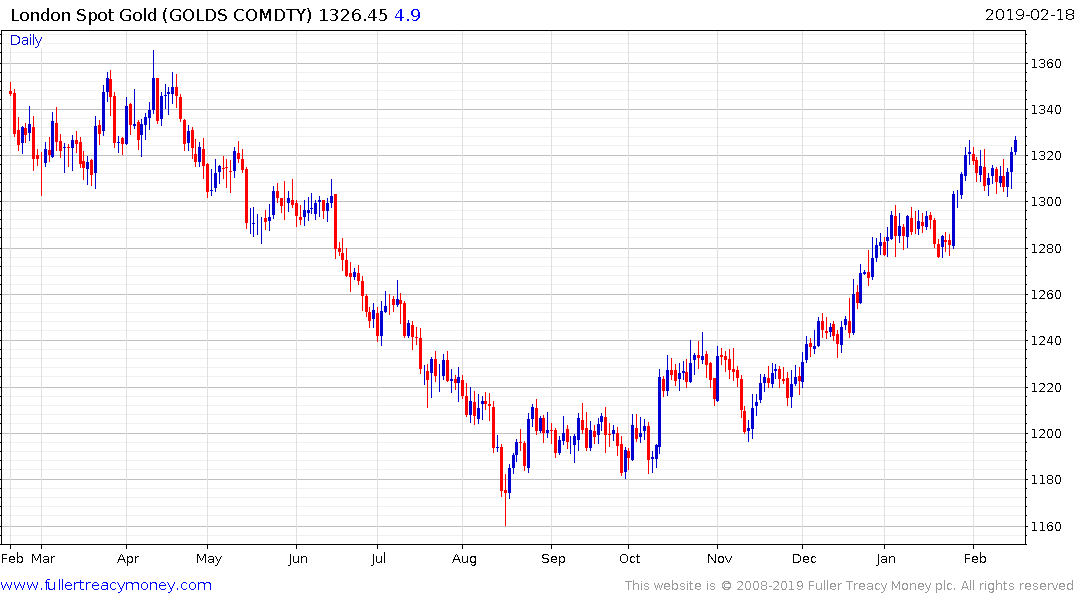 Gold hit a new recovery high today as it rallied to resolve the most recent short term range. A clear break of the sequence of higher reaction lows would be required to question scope for a further rally towards the upper side of the seven-year base formation.