Nations added 374.1 tons in the first six months as Russia and China kept building reserves and Poland made a massive purchase. The trend is expected to continue, with a recent survey of central banks showing 54% of respondents expect global holdings to climb in the next 12 months.

Central banks around the world have added to reserves as economic growth slows, trade and geopolitical tensions rise, and authorities seek to diversify away from the dollar. Gold rallied to a six-year high in July, as expectations for lower U.S. interest rates and concerns about the economy boosted bullion’s appeal.

Spot gold edged lower Thursday, falling for a second day after the Federal Reserve signaled it probably won’t embark on a lengthy easing cycle. The metal declined 0.5% to $1,407.04 an ounce, paring this year’s gains to 9.7%.

Energy independence has afforded the USA the ability to be much more assertive on the geopolitical scene. The deployment of trade weapons, tariffs and sanctions etc is all the easier when you are no longer beholden to other countries for supply of a vital commodity. That necessarily results in a corresponding action from other countries which is to try and free themselves from their attachment to the Dollar. Building up gold reserves make sense from that perspective. 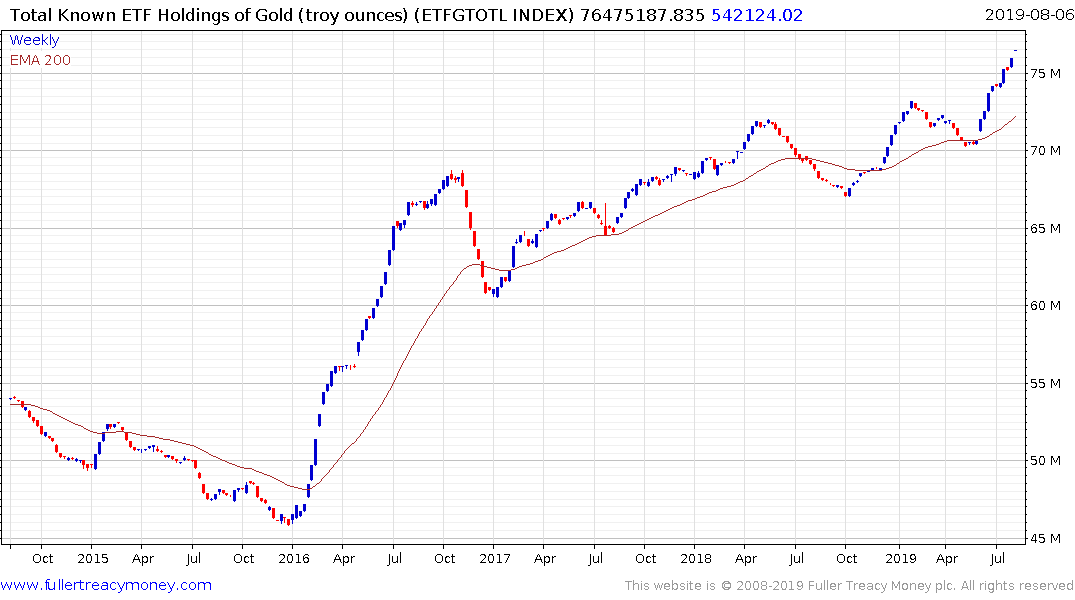 China and Russia both has substantial domestic gold mining sectors so it is comparatively easy to build up reserves. Poland is an interesting case because it seems to be building up gold reserves as a hedge against the increasingly assertive trend of Euro integration. The trend of ETF purchases of gold also suggests investors are aware of the growing tide of competitive currency devaluation and are hedging exposure.

Against this growth trend in demand annual mine production is also still trending higher. That is the result of massive investment in new supply during the bull run of the century’s first decade. The most important thing to watch from miners is a willingness to spend on even more new greenfield supply. It is generally when they start spending that the sector loses its leverage to the gold price. For the moment that is not a risk because gold has only just broken out and investors are leery of lending miners money. 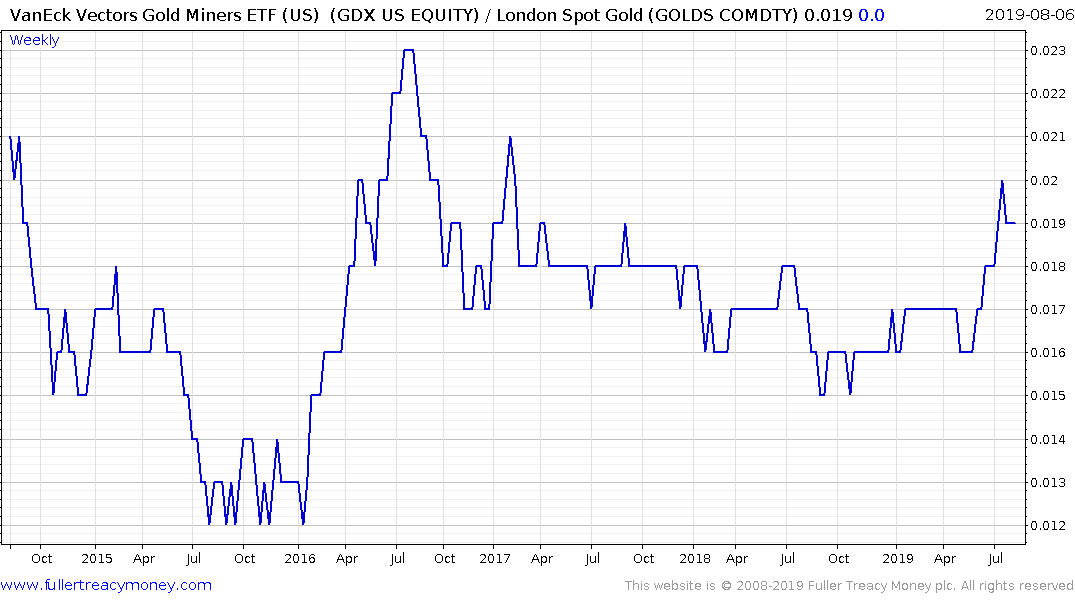