Centene to Buy Health Net in $6.3 Billion Health-Care Deal
Comment of the Day

Aetna Inc. is said to be nearing an acquisition of Humana Inc., Bloomberg reported last week. And on June 20, Anthem Inc. went public with a bid for Cigna Corp. UnitedHealth Group Inc., the largest U.S. health insurer, could also make a bid for Aetna.

?It’s also possible UnitedHealth could jump in with a competing offer for Health Net, said Ana Gupte, an analyst at Leerink Partners LLC.

Centene will assume about $500 million in debt as part of its transaction with Health Net, which the companies expect to close in early 2016. The buyer plans to fund the purchase using its existing cash and debt financing, with Wells Fargo & Co. providing $2.7 billion in financing commitments, the companies said.

The combined company would have more than 10 million members and an estimated $37 billion in pro forma premium and service revenues for 2015, and the acquisition would boost earnings by about 10 percent in the first year, according to the statement.

The Supreme Court’s decision on June 25th to strike down the most recent challenge to subsidies under the Affordable Care Act has acted as a green light for M&A activity in the health insurance market. Health insurers have been some of the greatest beneficiaries of Obamacare and the removal of a major challenge to its permanence is great news for the sector.

However from a chart perspective it has resulted in a number of previously consistent charts patterns accelerating. Paying record prices for competitors where a great deal of good news has already been priced in might represent the triumph of enthusiasm over rationality.

The prospect of mean reversion is looking increasingly likely for shares like Aetna, Anthem, Humana, Cigna, Centene, HealthNet and Molina. 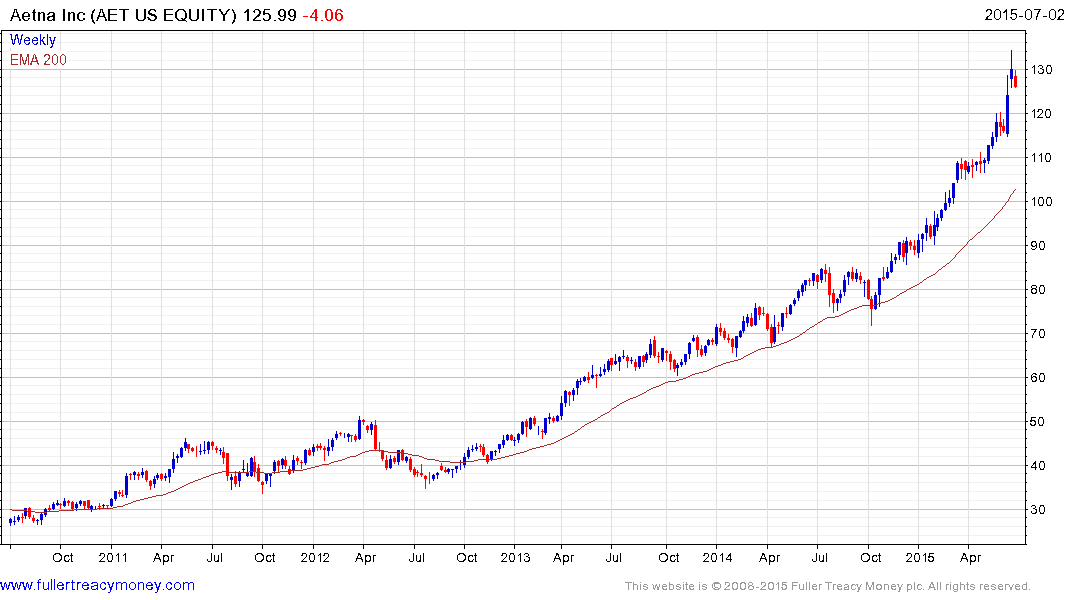 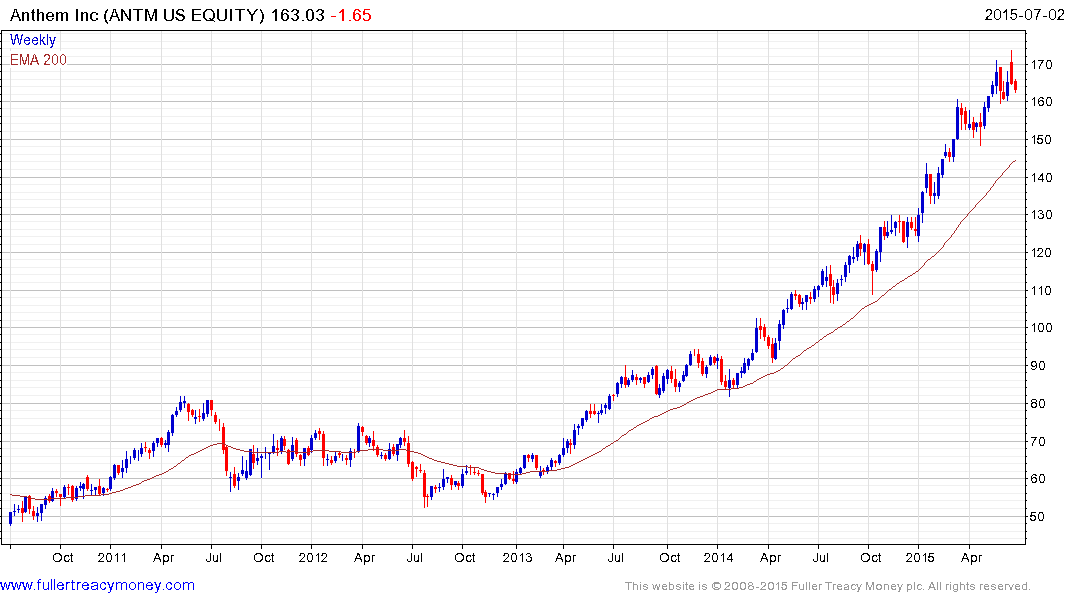 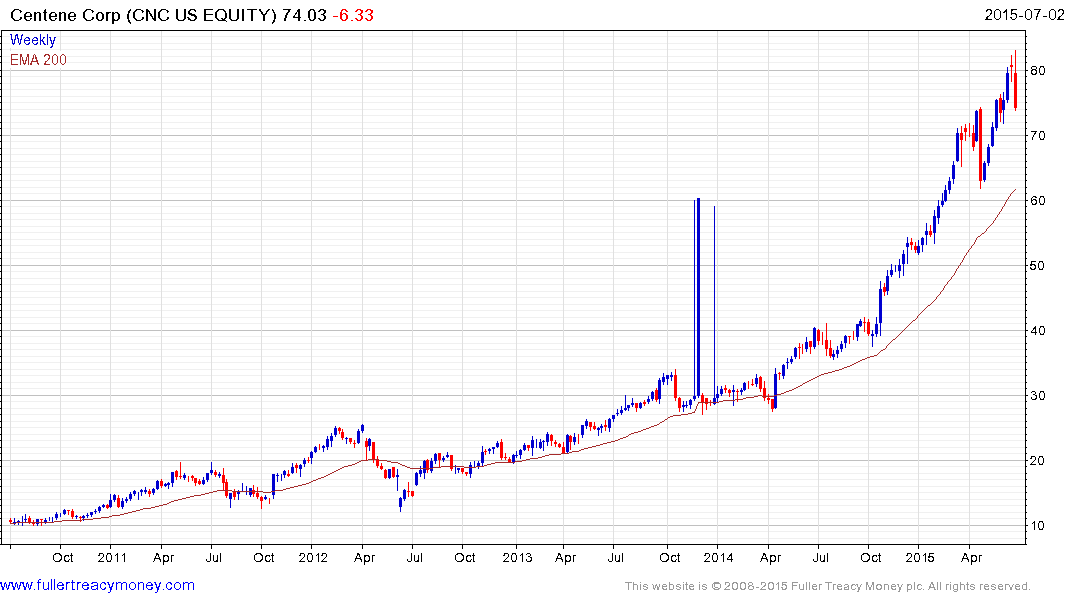 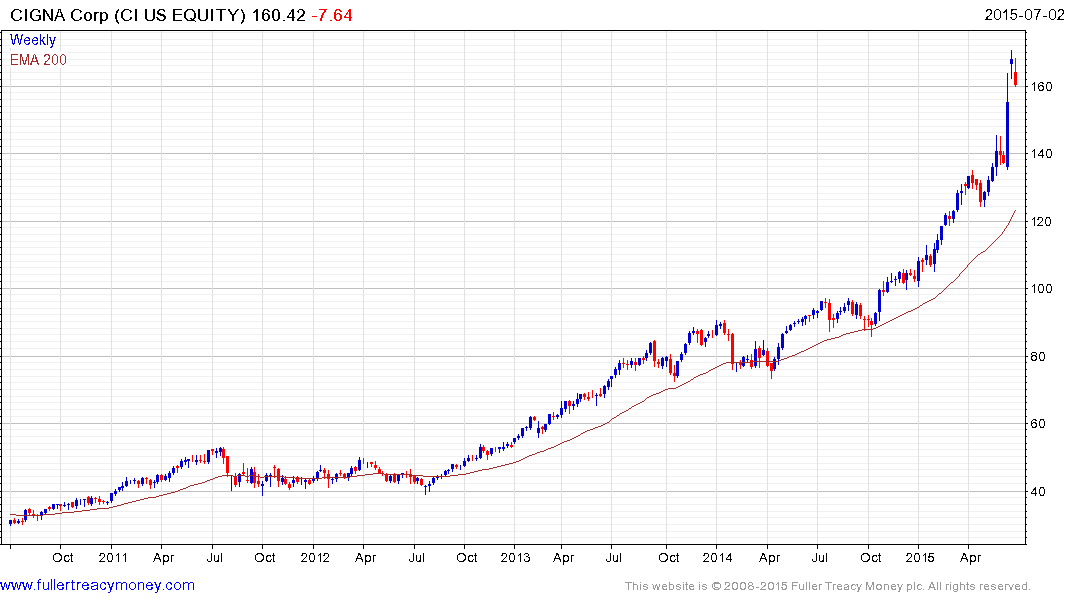 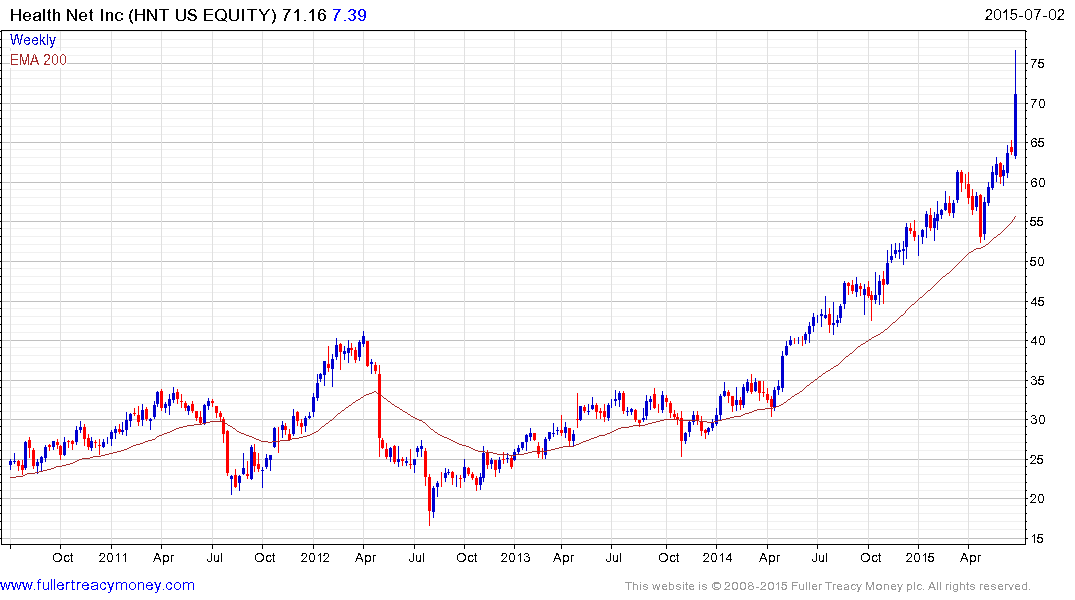 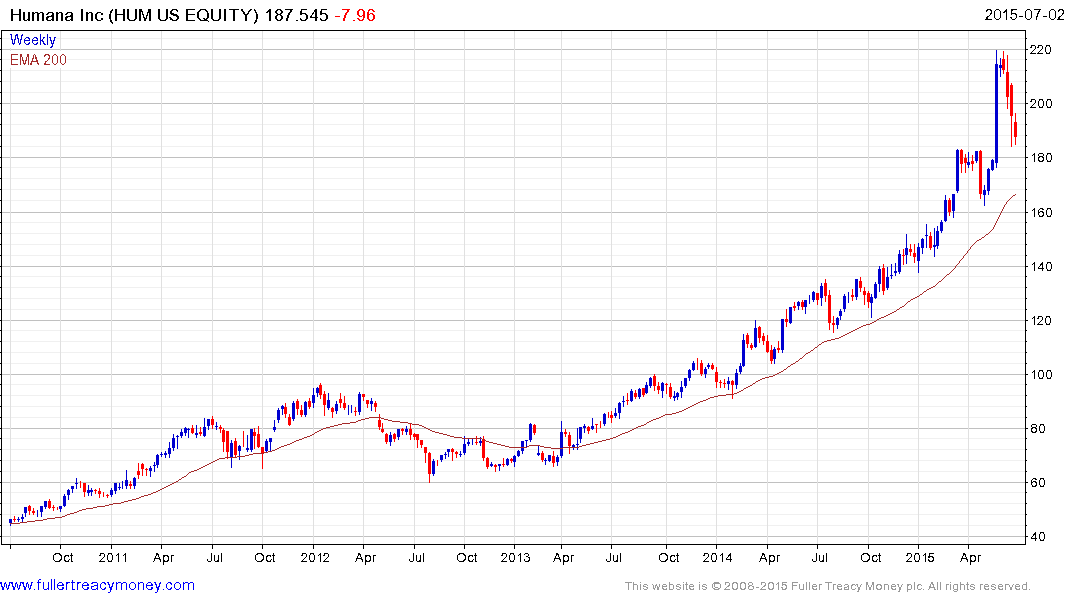 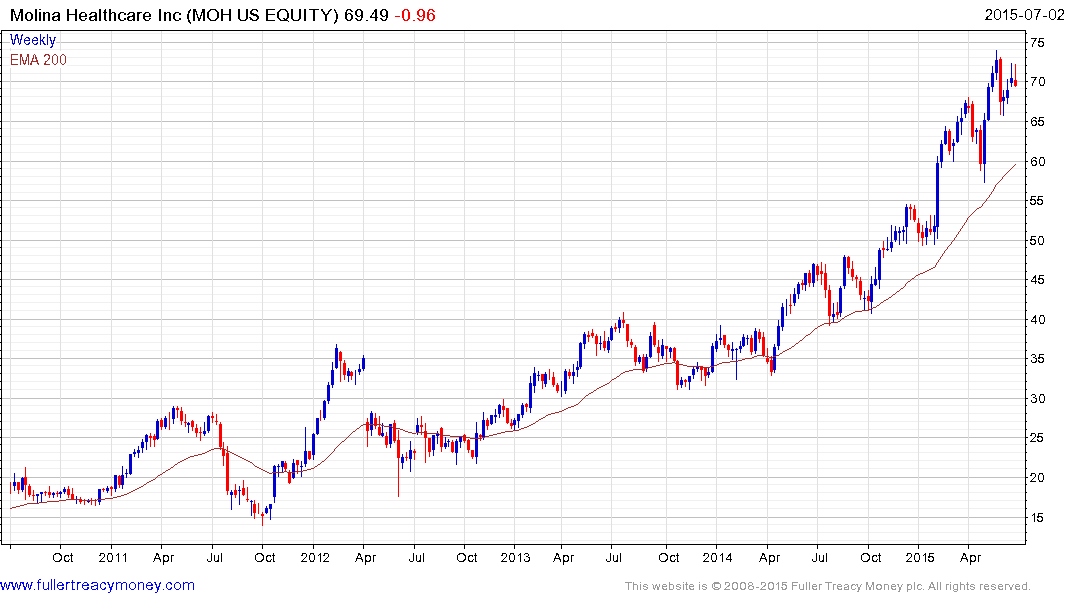 It is open to question whether it is in the market’s best interest to see such rapid consolidation and therefore one might ask whether regulators will permit them all to go through.