Centamin profit falls 58% as production shrinks
Comment of the Day

The earnings were hit by a 15 percent fall in output to 74,241 ounces in the quarter due to mechanical problems which caused a temporary reduction in the average grade at Sukari, Centamin's only operating mine.

However, the mining company said the issues had been resolved and its 2014 production target of 420,000 ounces at a cash cost of $700 per ounce remained intact as it expects output to increase while it expands capacity at its processing plant.

"We are in the process of ramping up production and smoothing out those early teething issues that you always get with commissioning," head of business development Andy Davidson said. "But we are progressively increasing production through the remainder of the year so you'll see an increase in output and earnings."

Sukari is located in the Eastern Desert, 700 kilometres from Cairo and is Egypt's first large-scale modern gold mine. It is expected to reach a maximum annual production capacity of 450,000-500,000 ounces. It has been largely unscathed by political turmoil in the country.

Gold miners returned to their pre-bull market lows relative to the gold price late last year. They were the worst performing sector on the S&P last year and one of the best performing in the first month of this year. The inability of gold prices to break above $1400 has contributed to their subsequent underperformance as a group. 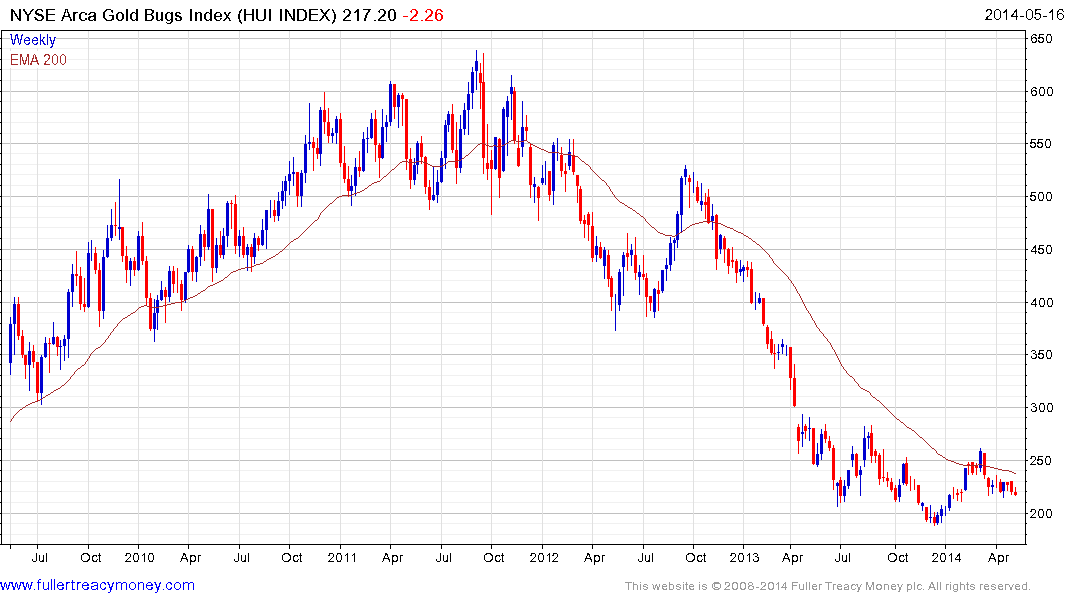 Nevertheless, gold miners that have demonstrated an ability to contain costs and generate free cash flow have outperformed. Centamin tested its 2008 low in late 2012 and again in June last year. It has held a progression of higher reaction lows since. It is currently unwinding a short-term overbought condition, but a sustained move below 50p would be required to question medium-term scope for additional higher to lateral ranging. 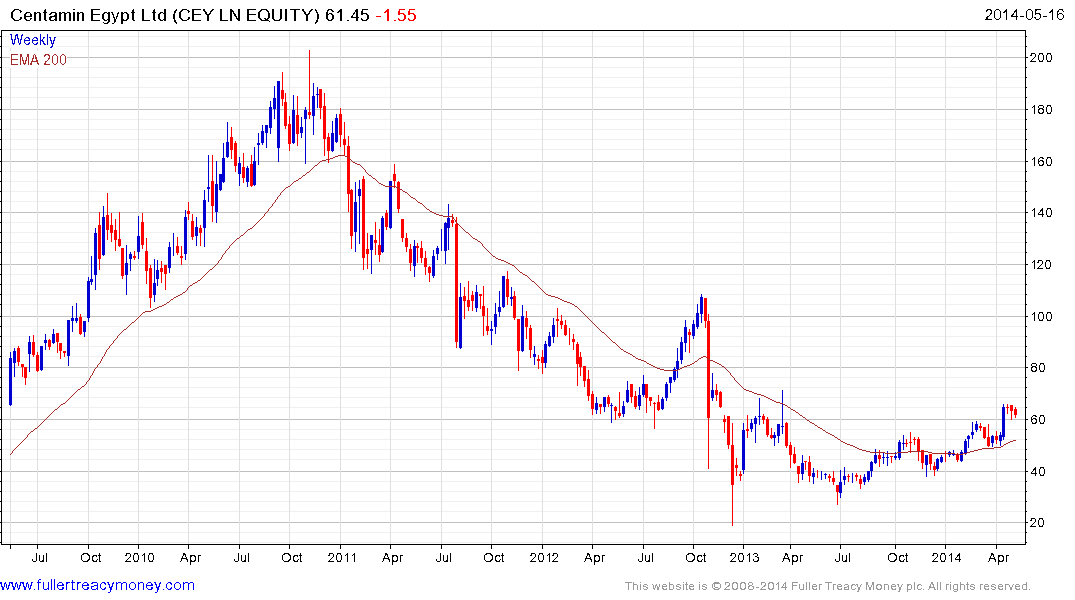