Speaking on the “Fast Money” panel, Kelly explained that a unique mixture of factors including shifting fundamentals make it likely that bitcoin is poised to break out of its prolonged bear phase which has lasted more than a year now.

In his words: “I think we could look back on this and say that was the bottom…There’s a couple of things that have gone on since the low in December. We’ve seen the underlying fundamentals improve…I think retail is exhausted. You’re starting to see sellers being exhausted and institutions come in. Fidelity is a catalyst coming up in Q2. I think with all those things combined, we might look back and say ‘You know what, in the $3000’s is a great place to buy bitcoin.’”

The CBoE is removing its bitcoin contract from trading. The introduction of the futures contract introduced leveraged to what was previously an unleveraged market. The price rallied in anticipation of the introduction, but futures were used as a way of hedging exposure and most of the positions taken out were on the short side, which contributed to the crash in classic 1987 crash fashion.

The removal of the futures contract takes cryptocurrencies back to an unleveraged market which is a near-term positive. Meanwhile, Fidelity proposing to solve the custody issue for institutional investors, represents a potent source of additional demand. 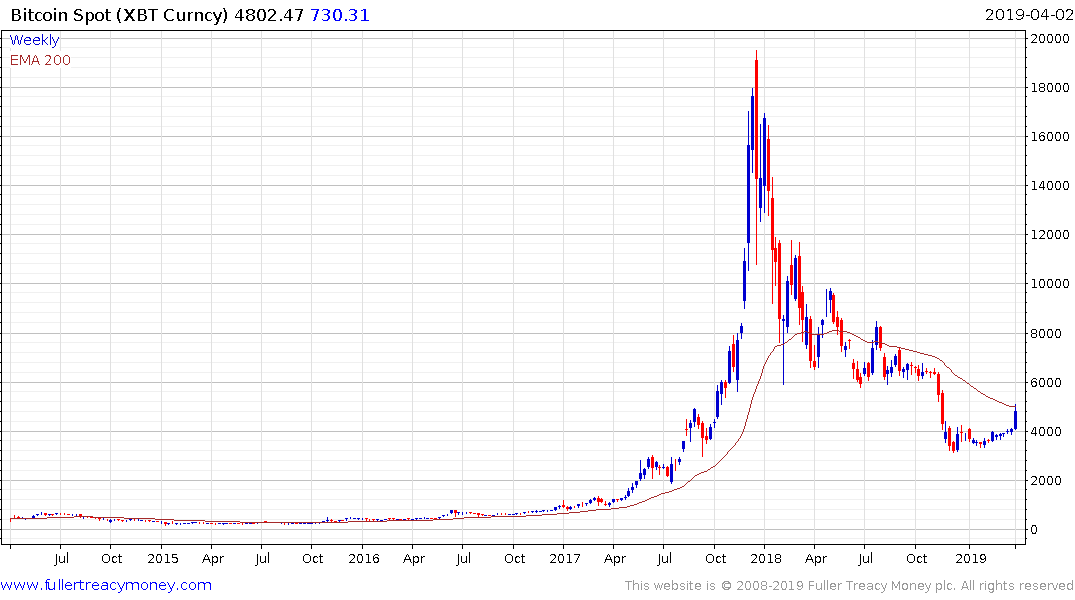 Bitcoin completed its base this week and sustained move back below $4000 would be required to question potential for additional upside.