We acknowledge that: all of these negative percentages are against extremely tough comparisons; and the Cass Shipments Index has gone negative before without being followed by a negative GDP. However, weakness in demand is now being seen across many modes of transportation, both domestically and internationally.

Although the initial Q2 ’19 GDP was positive, it was not as positive upon dissection, and we see a growing risk that GDP will go negative by year’s end.

The weakness in spot market pricing for many transportation services, especially trucking, is consistent with the negative Cass Shipments Index and, along with airfreight and railroad volume data, strengthens our concerns about the economy and the risk of ongoing trade policy disputes. Weakness in commodity prices, and the decline in interest rates, have joined the chorus of signals calling for an economic contraction.

When retailers like Wal-Mart, Nordstrom and Target are announcing surprisingly good earnings and Amazon’s Prime Day continues to grow in turnover it is hard to square underperformance of transportation figures. Macy’s remains in a clear, potentially terminal, downtrend and there is still pressure on other brick and mortar chains but I suspect the underperformance of the lower volumes on the transportation index are down to other factors. 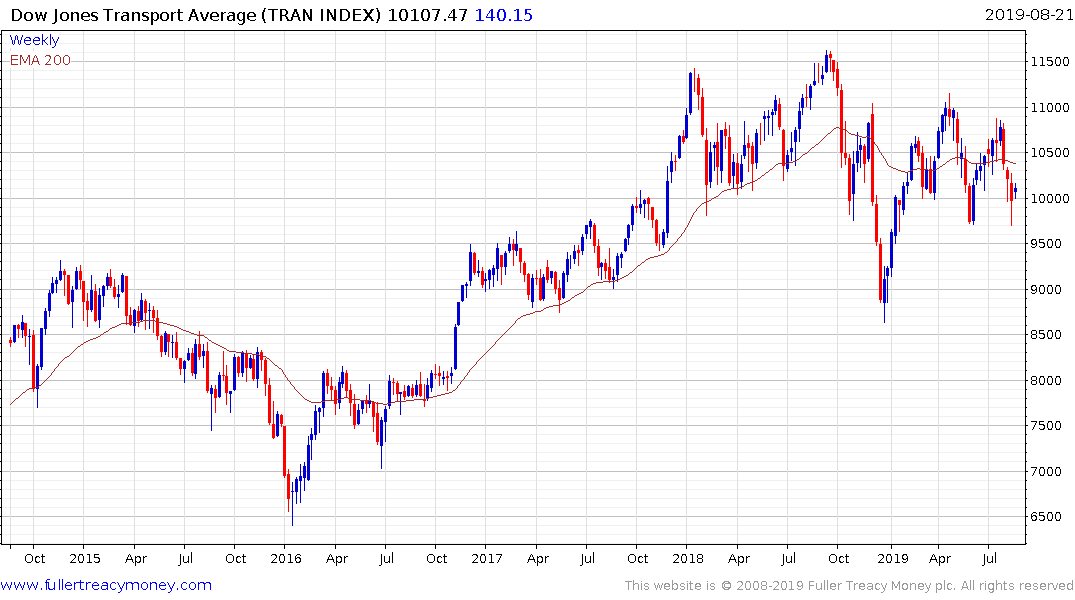 First there are the comparisons year over year with 2018 which was flattered by the inventory build ahead of the imposition of tariffs. That has been a drag on volumes this year. The second is the underperformance of oil and even bigger decline in coal prices. That seems to be an unreported factor in the slowing volumes which are still well above those of 2016 and 2017. 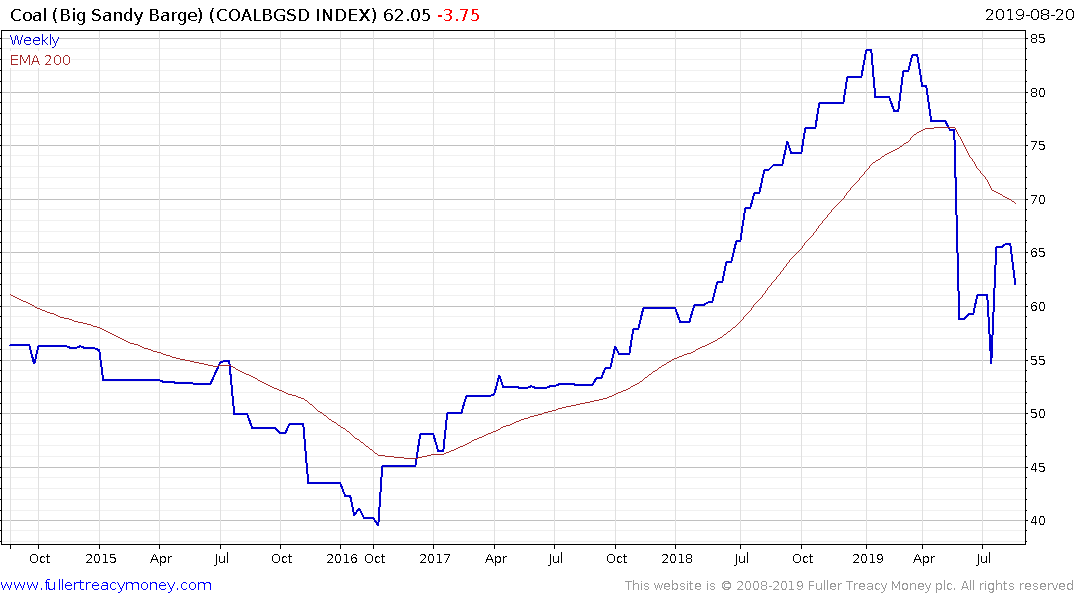 As long as the US consumer is still employed, spending and borrowing it is hard to justify overly bearish prognostications. That is particularly true of the wider indices which are still trading above their respective trend means. Nevertheless, we need to be vigilant because of the inverted yield curve, the underperformance of the banking, small cap and transportation sectors.

Historically, the markets continue to rally after an inverted yield curve and it is usually when the spread starts to rally that one needs to think about liquidating because that generally marks the beginning of a recession.

The crux of this argument is likely to come down to the willingness of the Federal Reserve to continue to provide additional stimulus in a timely manner. Without it we are really at risk of a recession.