Bank of England Governor Mark Carney will face his toughest public testimony to date as he seeks to defend the integrity of an institution that’s become embroiled in the currency-manipulation scandal.

?Lawmakers will grill Carney tomorrow after the BOE suspended an employee and released minutes of meetings showing officials knew of concerns the foreign-exchange market was being rigged almost eight years ago. The central bank said last week that an internal review has found no evidence so far that staff were involved in collusion.

When I studied for the UK’s regulatory exams more than a decade ago it struck me as odd that so much of the market relied on an honour code among institutions to regulate each other. Of course this system is susceptible to an “old boys” network where the profits from collusion far outweigh the incentive to abide by conventions. The breaking of unofficial cartels within the financial sector is to be welcomed provided open regulation replaces the previous system.

This scandal has further damaged the image of the financial sector among the public, but the size of the fines will probably be of more concern to the institutions concerned. The fact that the SEC is broadening the scope of its investigation to include how FX manipulation affected options and ETFs suggests the financial penalties for this scandal could increase.

The FTSE-350 Bank Index dropped to a new 15-month low today and a clear upward dynamic will be required to suggest the return of demand at the lower side of the medium-term range. Veteran subscribers will be familiar with our preference for markets where the banking sector is at least performing in line with the wider market. The logic for this is that as liquidity providers banks generally do well in a bull market environment. Additionally banks generally occupy significant weights in their respective markets so when they underperform, the breadth in the market is generally deteriorating. 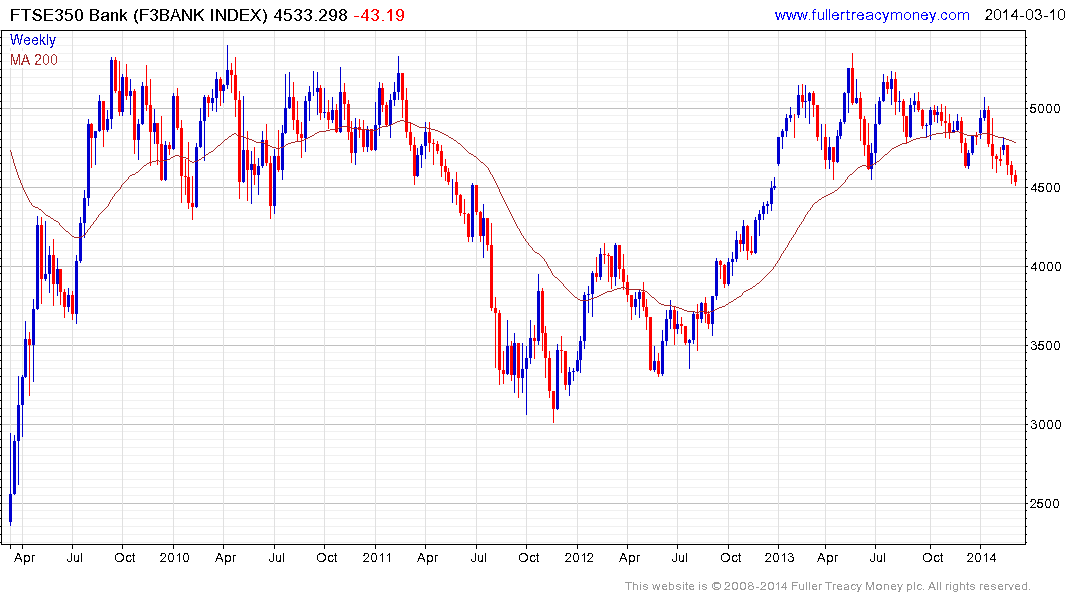 The FTSE-350 Banks Index is the second largest sector in the Index at 11.3%. Oil & gas producer (14%) and miners (7%) also occupy significant weightings. The lacklustre performance of these sectors has contributed to the loss of momentum evident on the FTSE-350 Index since it pushed to new all-times highs almost a year ago. A number of failed upside breaks are evident and it will need to continue to hold its progression of higher reaction lows, currently near 3500 if potential for continued higher to lateral ranging is to be given the benefit of the doubt. 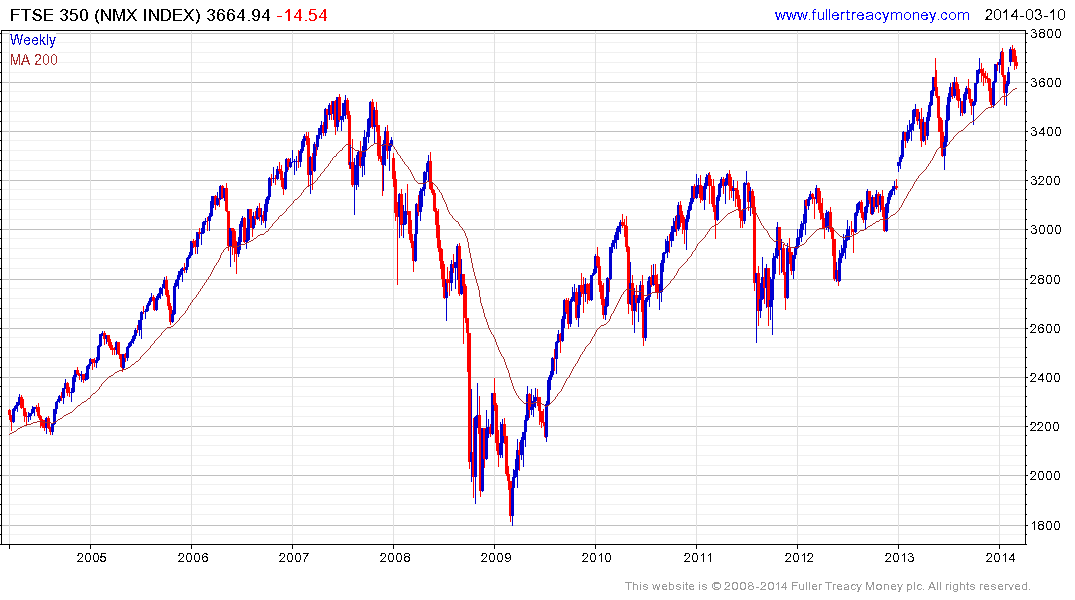