The loonie edged slightly higher ahead of data forecast to show inflation ticked up. Investors will then turn their focus to the Bank of Canada’s policy decision in which policy makers are widely expected to announce the tapering of asset purchases.

Such a move should help support the loonie, they said, noting that they expect “the language of the policy statement and MPR to try and soften the impact” of a tapering decision

CIBC’s Bipan Rai said a convincing break of the 1.2650 level would be a possible signal of a new trading range, and recommends establishing longs there to target 1.30

The 2020 trend of unanimous global monetary and fiscal support is fraying as countries move to pursuing their individual priorities and as the pace of recovery diverges. Canada’s commodity and housing markets are firing on all cylinders so it is logical that they will begin to think about how to ease back from outsized assistance earlier than other countries. 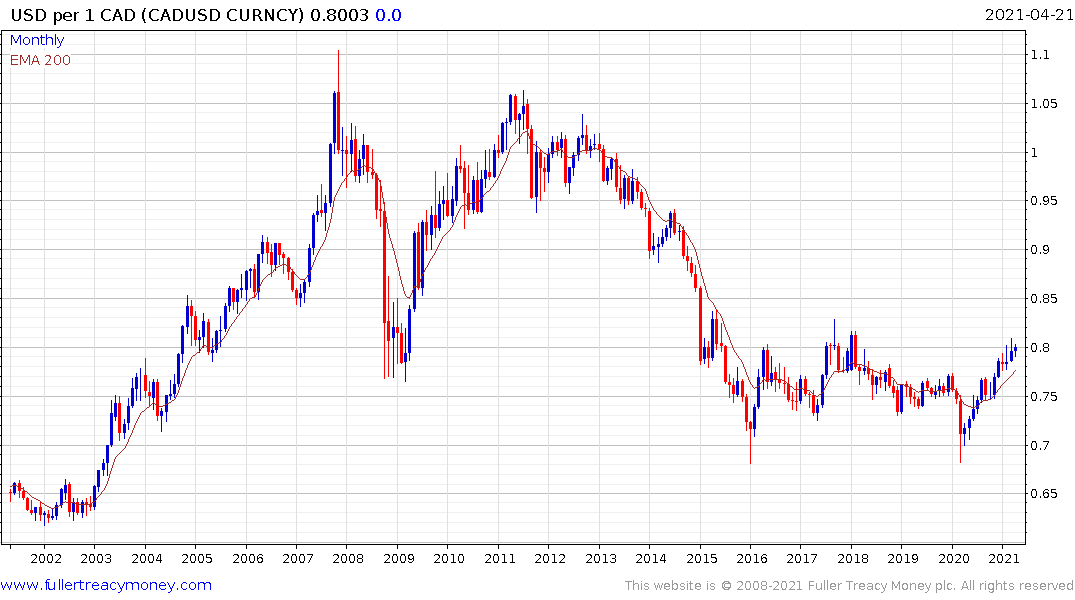 The Loonie is currently testing the upper side of an almost six-year base formation and a sustained move above 80¢ would confirm a return to medium-term demand dominance. 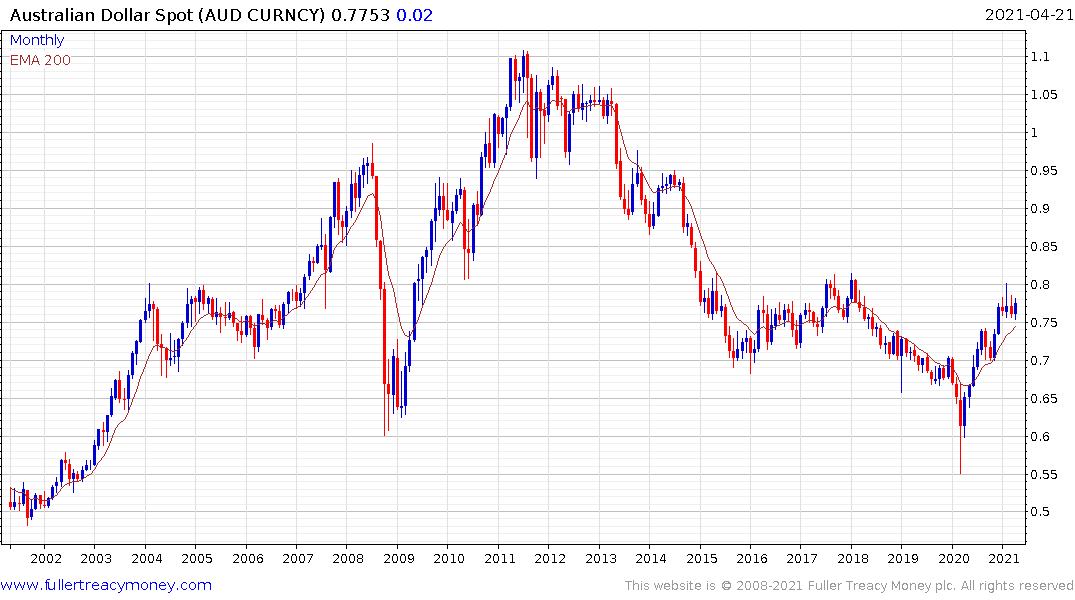 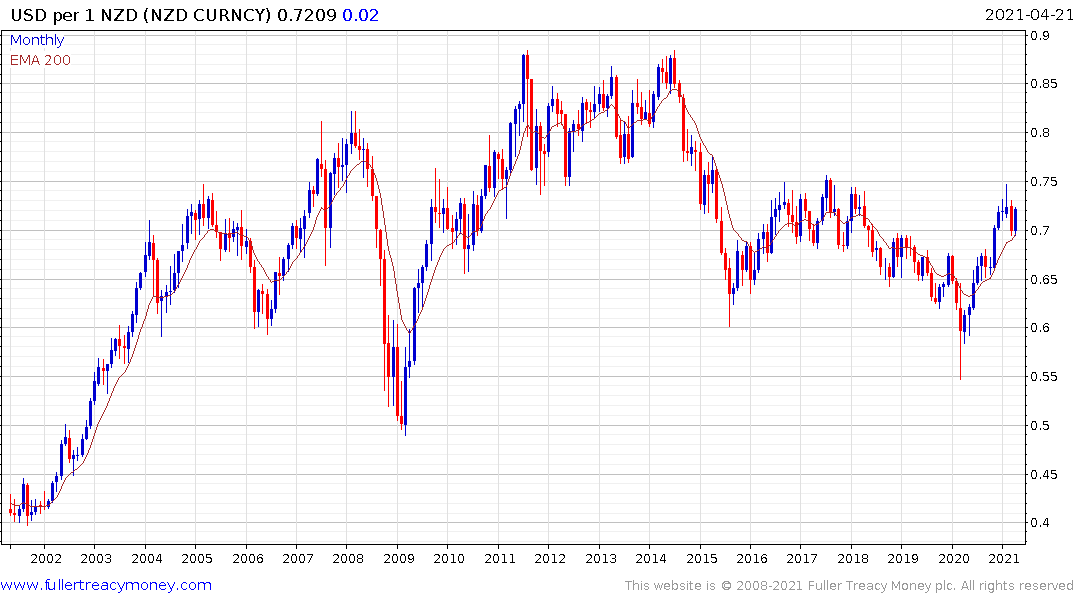 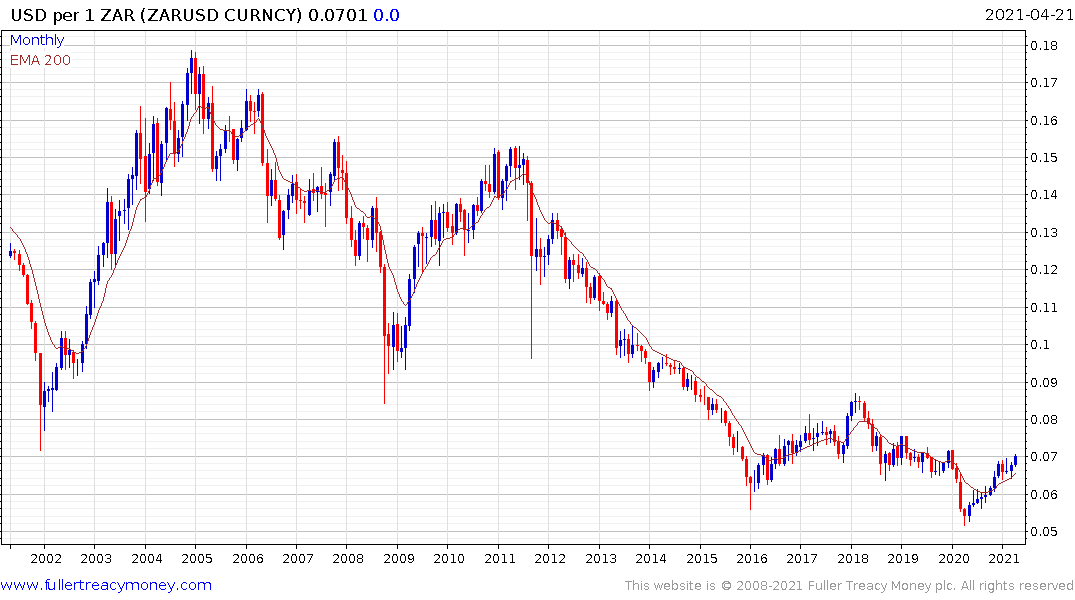 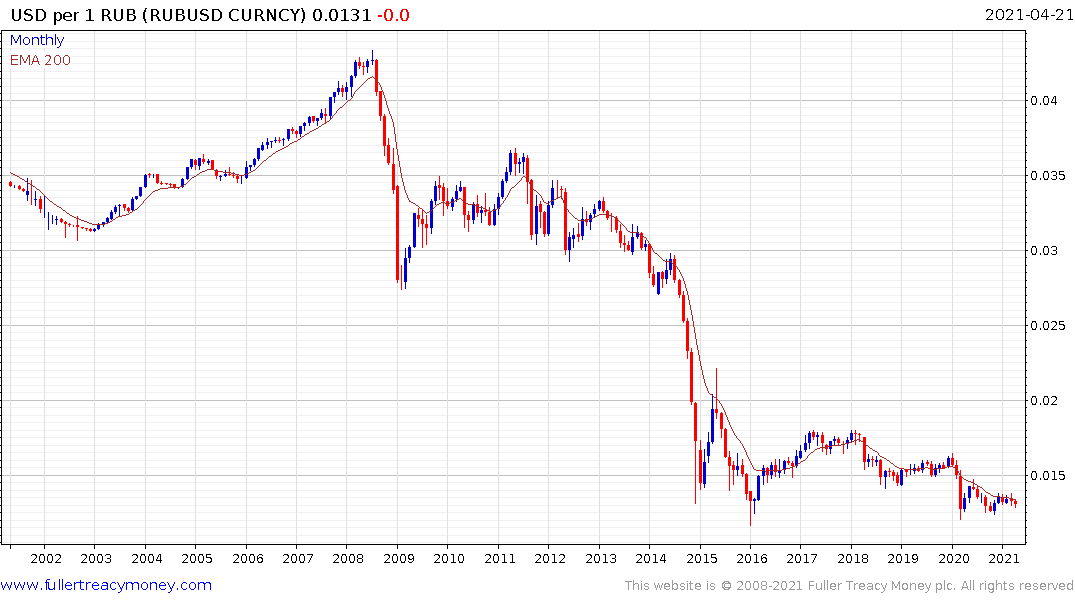 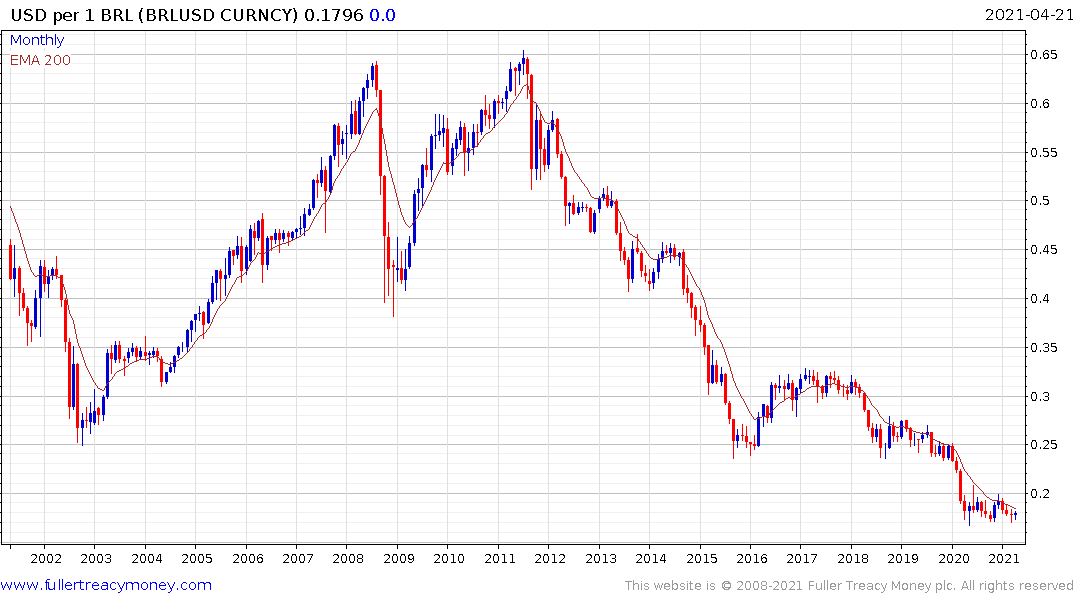 Other resources-oriented currencies like the Australian Dollar, New Zealand Dollar, Russian Ruble, South African Rand and Brazilian Real are all steadying within their base formations or on the cusp of breaking out.

Repositioning into the higher yielding potential of resources currencies as commodities enter a new bull market is likely inevitable as focus of attention moves to current account balances and the attractions of creditor versus debtor currencies in a liquidity fuelled recovery.