The chances of a rate cut from the Bank of Canada are rising, and the risk of lower rates hasn’t been adequately priced in by the market, Evan Brown, a currency strategist at Morgan Stanley in New York, wrote today in a research report.

The bank’s Jan. 22 meeting could see a bias for lower rates inserted into policy language to set up a rate cut in the first half of 2014 as the dangers of low inflation mount and poor productivity and discounted crude-oil exports mean Canada benefits less from U.S. growth than in the past, Brown wrote. He said investors should buy the U.S. dollar at C$1.0750 and bet it will reach C$1.12.

The  massive expansion of US domestic oil and gas supply poses particular challenges for Canadian producers since the USA has classically been the country’s largest, and in the case of natural gas only, export market. Canada has already had to absorb the deterioration in industrial metal prices and the strength of the Canadian Dollar has been a headwind for the nation’s manufacturing sector which has been uncompetitive with its southern neighbour. As a result measures to directly target the value of the currency are likely. 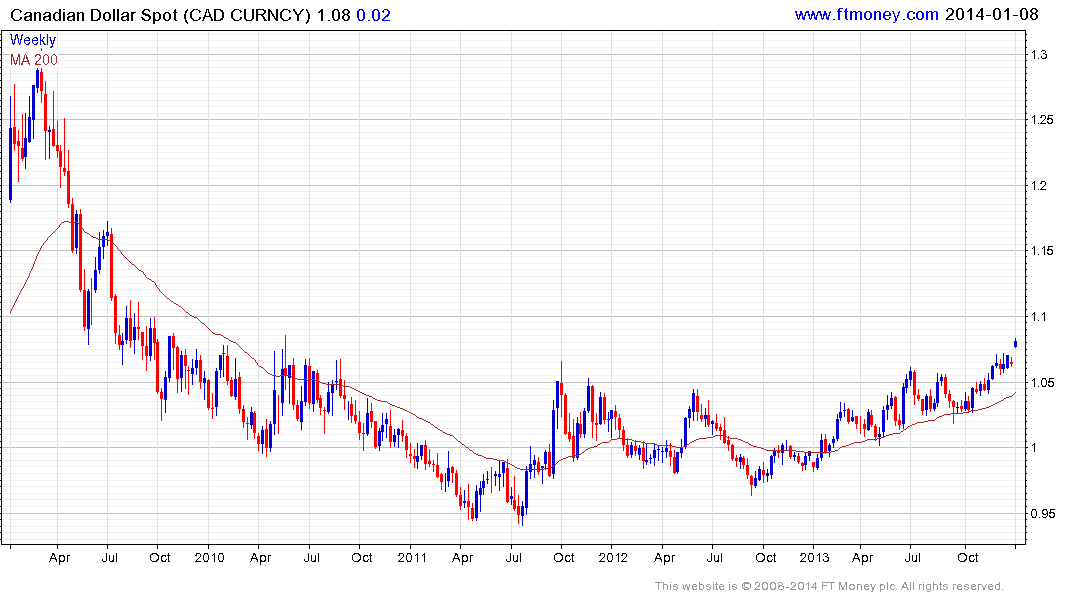 The US Dollar formed a base against the Loonie between 2011 and 2013 and broke out in November. It continues to extend its advance and a sustained move below C$1.06 would be required to question medium-term scope for additional strength. 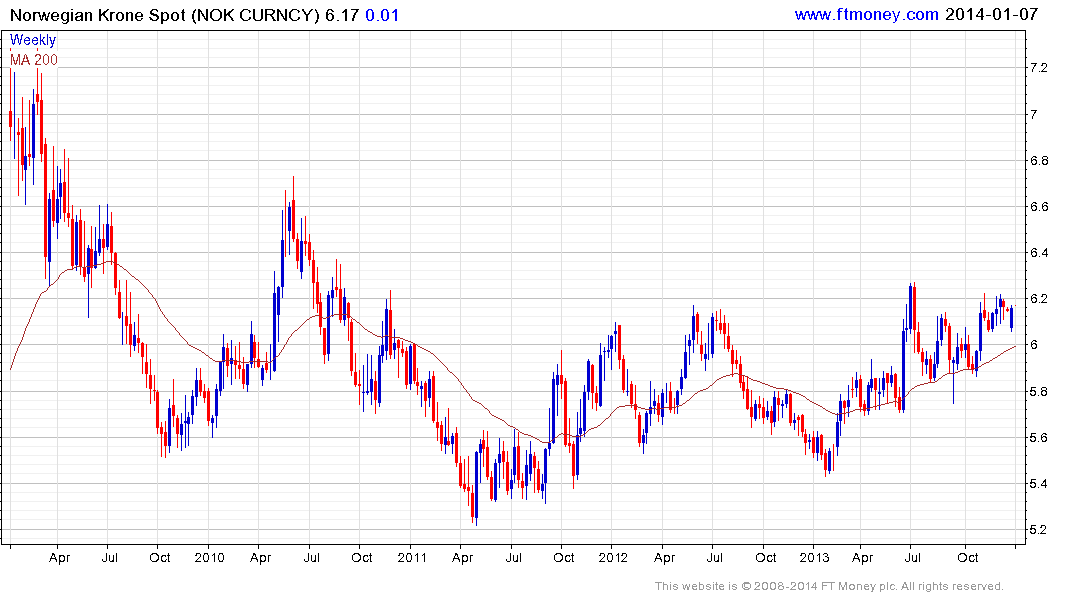 Elsewhere among commodity currencies, the US Dollar has a similar pattern against the Norwegian Krone as its rallies towards the upper side of a developing base. A clear downward dynamic would be required to question potential for a successful upward break.