A trader purchased a block of almost 75,000 July $18 calls on the CBOE Volatility Index on Monday for 50 cents apiece, echoing buying previously associated with a personage dubbed “50 Cent.” That followed similar trading on Friday, when 100,000 July $19 calls were bought, also at a price in the neighborhood of half a dollar per contract.

Investors like 50 Cent are choosing to hedge as the S&P 500 Index reaches fresh records despite concerns ranging from politics to Federal Reserve tightening. Traders have been using VIX contracts like never before this year, with daily call volume outpacing puts by almost threefold on average. The number of options outstanding protecting against a resurgence of volatility is now at its highest level since the week before Donald Trump’s election, relative to bets for quieter days ahead.

50 Cent, a buyer or buyers of near-month VIX calls, is hardly the only trader taking a view on future stock swings.

With the index grinding lower, a more profitable trade this year has been to sell volatility, not buy it. Even the 46 percent VIX surge of May 17 was quickly erased when the gauge fell for seven straight days.

The blocks of July 18 and 19 calls of the last two sessions represented by far the highest single-day volume in either strike’s history, though they weren’t enough to push overall calls past historical averages.

As was the case before, the trading was in options that would require a lot of equity turbulence to be exercised. At 18, the lower of the two has a strike of more than 40 percent above the level of the monthly July VIX futures. Even the 373-point Dow Jones Industrial Average rout in mid-May wasn’t enough to push the volatility index above 16.

Buying near-month VIX options in size suggests hedging activity against a large long position in equities. Volatility is an important consideration for quantitative strategies because it plays a significant role in how positions are sized. If you wished to run a long portfolio where occasional bouts of intraday volatility didn’t mess with positions sizing, the answer might be to hedge Vega (volatility). That may explain why traders are willing to continue to bet on losing options positions with little time value. 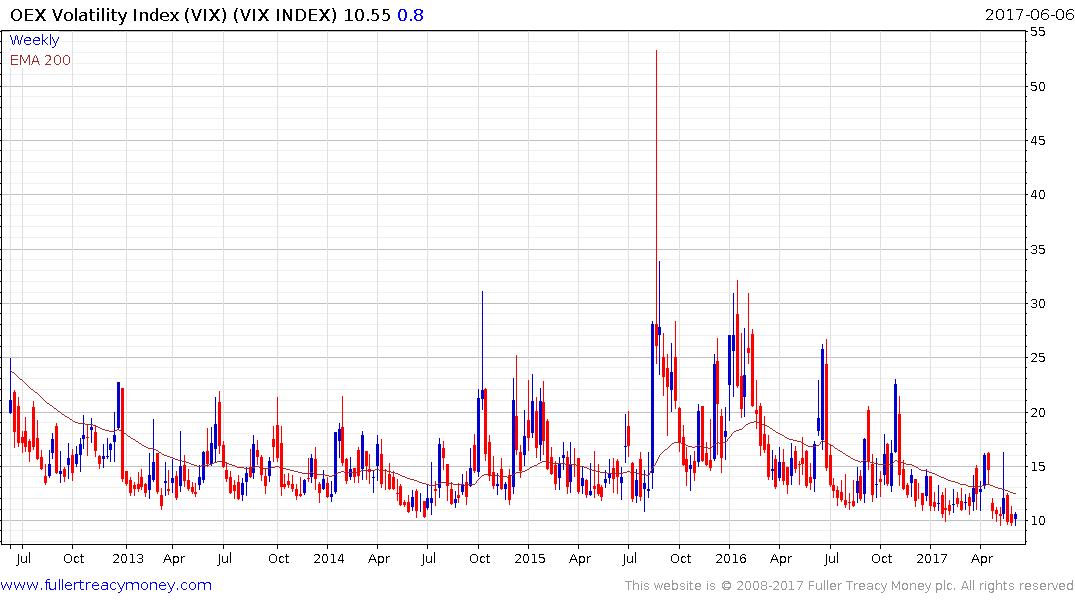 The VIX Index remains depressed at close to its historic lows near 10. A trend of declining volatility has been evident since 2015 and a break in the progression of lower rally highs, currently near 16.30, would be required to signal a return to more two-way activity in stock markets. 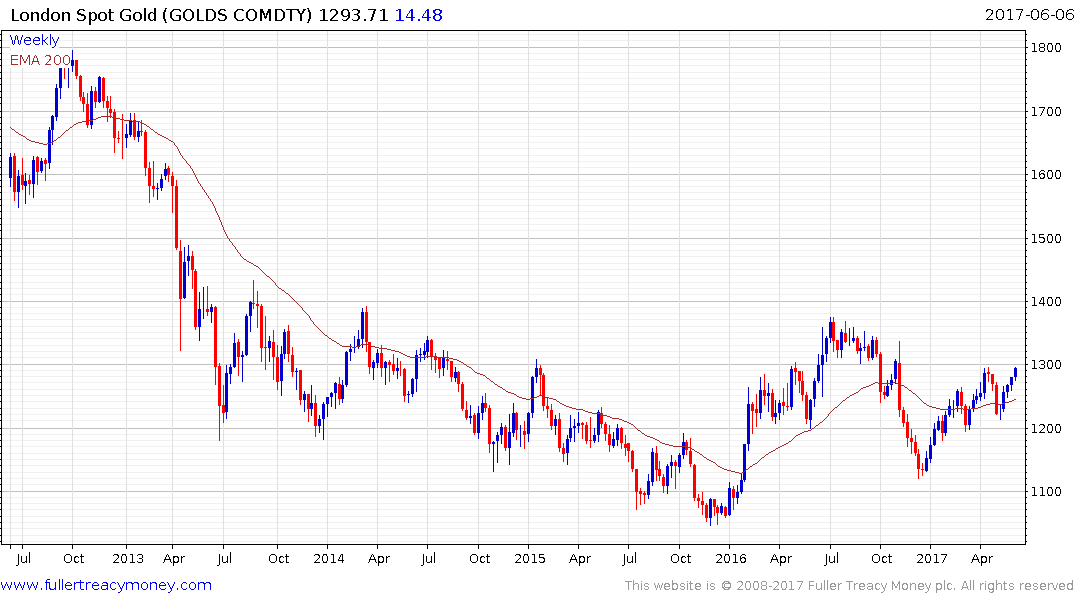 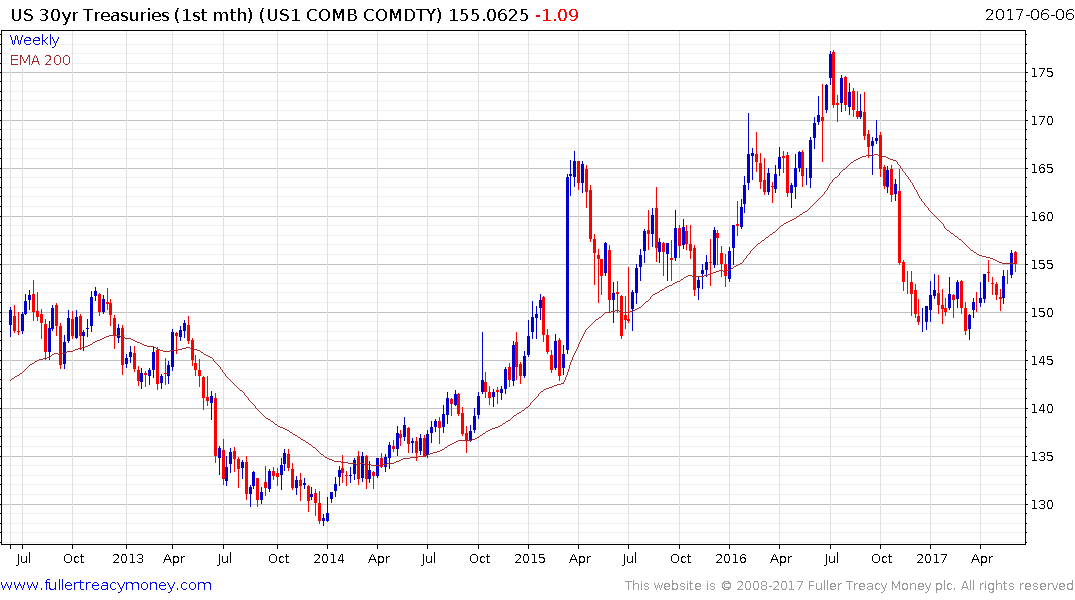 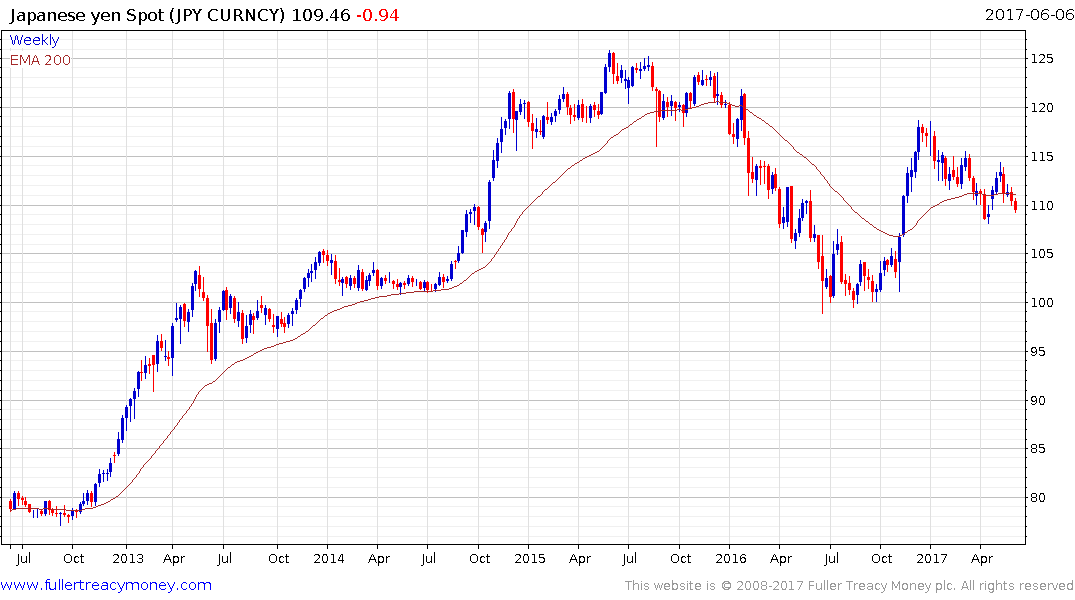 Meanwhile typical safe haven assets like gold, US Treasuries and the Yen all firmed today suggesting VIX options are not the only asset experiencing demand growth from hedging activity.