The beleaguered Indian lender has been struggling to raise capital for the past few months, amid concerns about the quality of its assets and its exposure to the stressed shadow banking sector. Firms including JC Flowers & Co., Tilden Park Capital Management, Oak Hill Advisors and Silver Point Capital have submitted non-binding expressions of interest, Yes Bank said in a stock exchange filing in Mumbai on Feb. 12.

Shares of Yes Bank rose 0.4%. The bank’s 2023 dollar bond climbed about 1 cent to 84.5 cents, according to Bloomberg- compiled prices.

“A high pedigree long-term investor could make all the difference for the bank which is under investor scrutiny,” Kranthi Bathini, an analyst at WealthMills Securities. “The ball is in the regulator’s court now.” The Hindujas already hold a stake in IndusInd Bank Ltd., another Indian private lender.

Yes Bank is India’s fourth largest lender. The predicament it finds itself in is quite similar to the policy which led to Standard Charter’s decline a few years ago. In that case Standard Chartered made big loans to commodity producers and infrastructure developers on the assumption Chinese growth would accelerate indefinitely. When those loans turned bad it shaved near 80% off its share price. 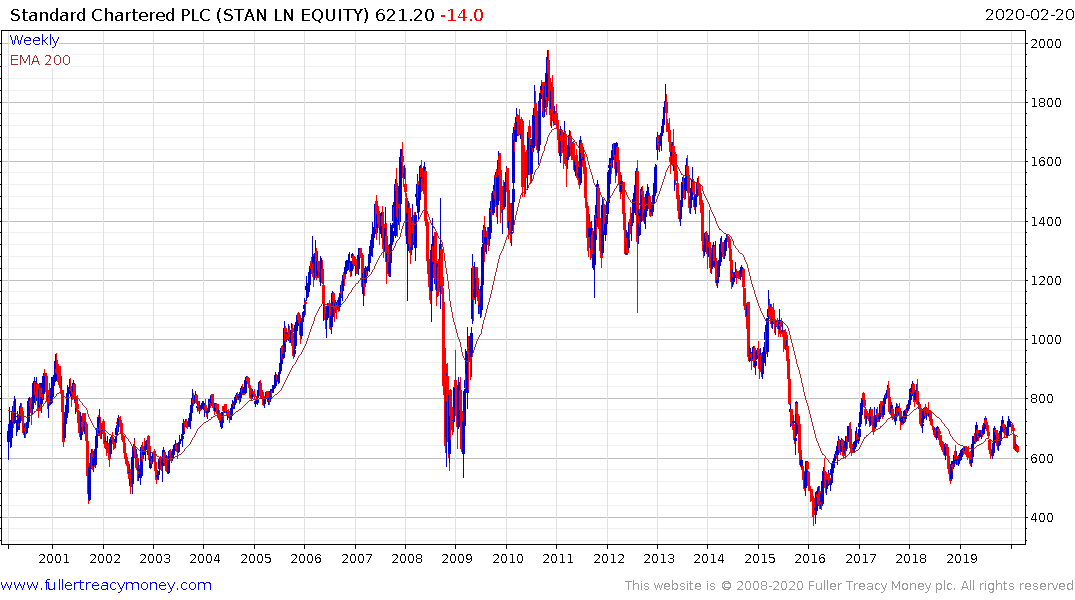 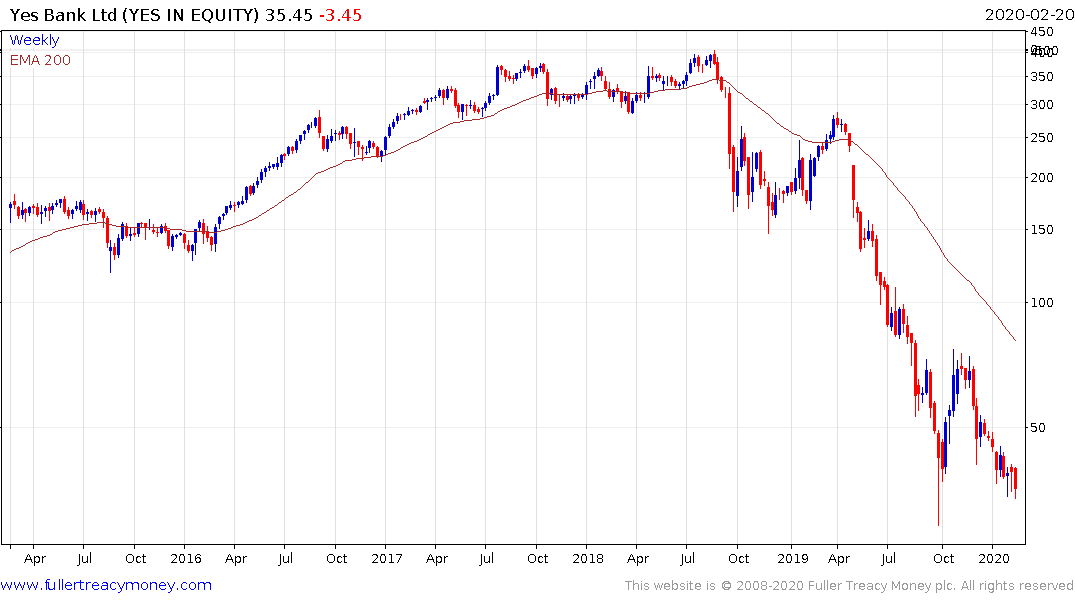 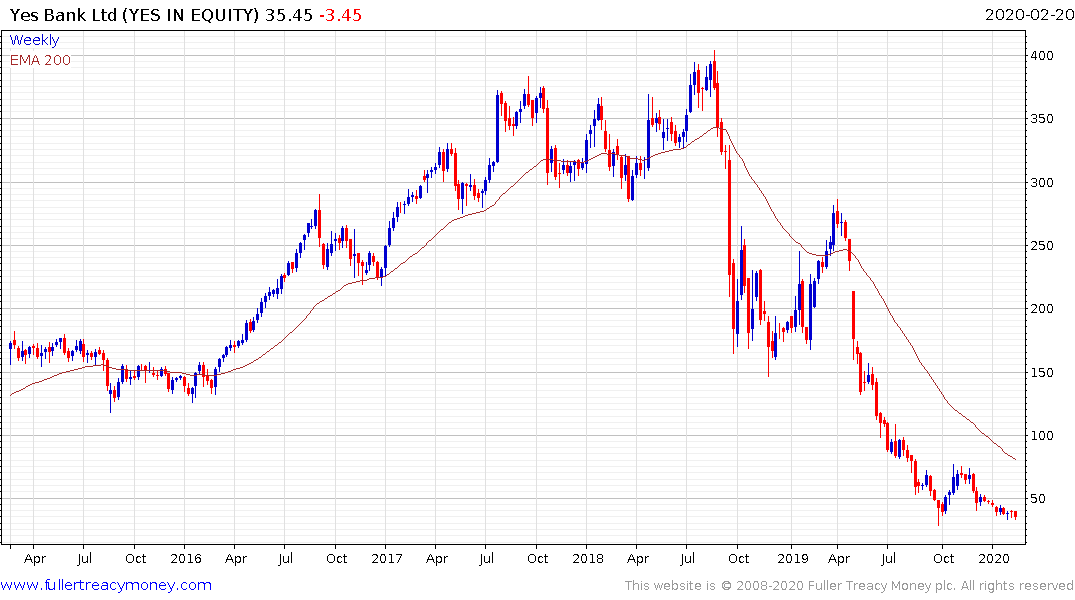 For Yes Bank, loans to housing finance companies were based on the assumption no price was too high for housing in a secular urbanization trend. The leverage ratios of many of these lenders ware extraordinary and the failure of a number has created significant liquidity problems for the nonbank lending sector which Yes Bank has been funding.

Nevertheless, India is one of the highest growth banking sectors in the world. The problem for Yes Bank is that in order to participate in that growth it needs capital to make additional new loans. That is the crux of any deal of a rescue. The big question is how dilutive any deal will be to current shareholders.

The share more than doubled following the initial rumours of a rescue in October, but has since pulled back to test the nadir. If it can hold the INR30 area, we can conclude a low of medium-term significance has been reached. 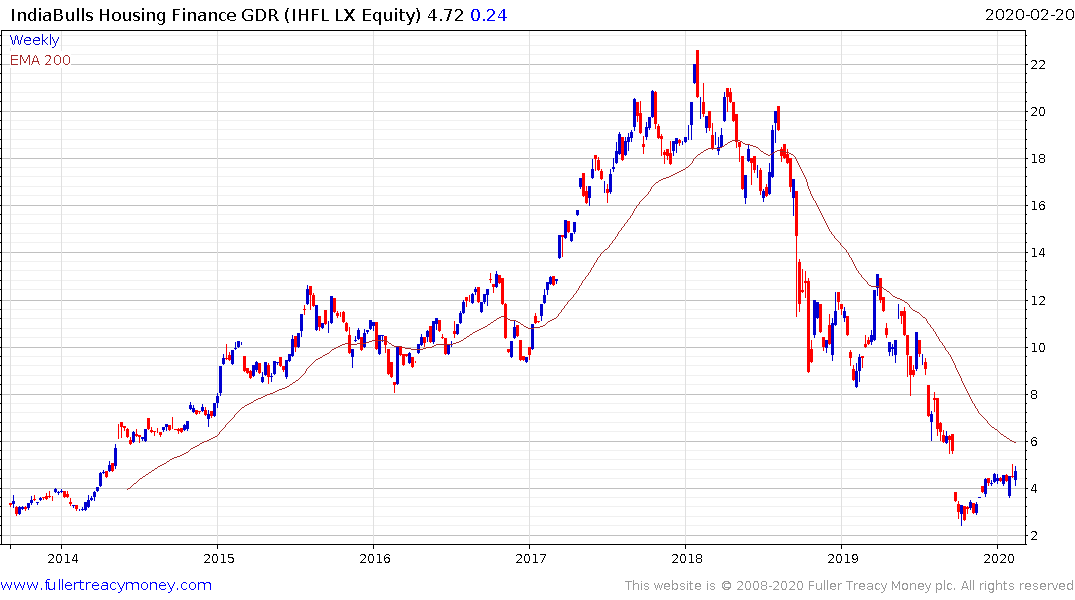 Indiabulls Housing Finance has so far held a higher reaction lows and has unwound most of its oversold condition relative to the trend mean. 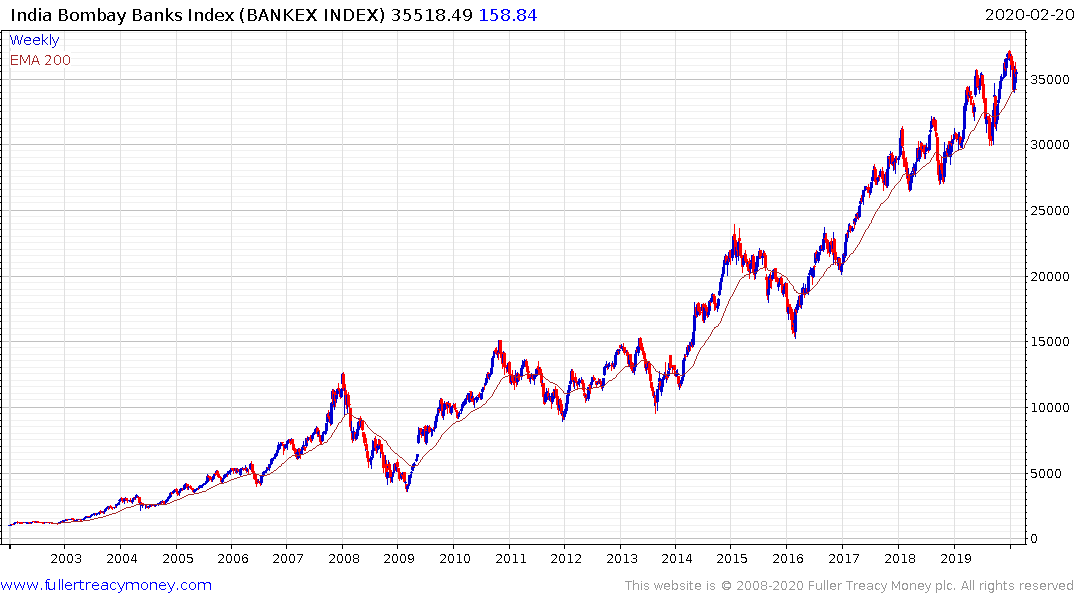 The Bombay Banks Index remains in a consistent medium-term uptrend and has been a regional standout for its relative stability.