“Market momentum this powerful will not be reversed by even a very large supply shock,” said John Wraith, a U.K. rates strategist at UBS Group AG in London. “Negative yields are clearly a possibility, especially in safest, shortest issues.” The scope of estimates from primary dealers of U.K. government bonds, known as gilt-edged market makers, was broad ranging.

The most conservative -- Morgan Stanley -- sees a supply of 146.3 billion pounds, while Nomura International Plc estimates an increase to 185 billion pounds. That’s a level not trumped since former leader Gordon Brown oversaw a record 228 billion in 2009-10 to help extricate the country from the financial crisis.

Now that Johnson has delivered on his election promise to “get Brexit done” after years of political turmoil, to retain support he must address the concerns of those in some of the poorest regions of the U.K. That requires funding for infrastructure, health care and job creation. Finance minister Rishi Sunak on Sunday hinted the nation’s fiscal rules could be ditched as he prepares a massive package of measures to tackle the coronavirus crisis.

The entire UK yield curve is a couple of interest rate cuts from negative yields so it is an ideal time for the government to borrow more than it needs to ensure ample liquidity to combat the negative effect of the coronavirus, to placate a restive population eager for better standards of living and to ensure a smooth exit from the EU. 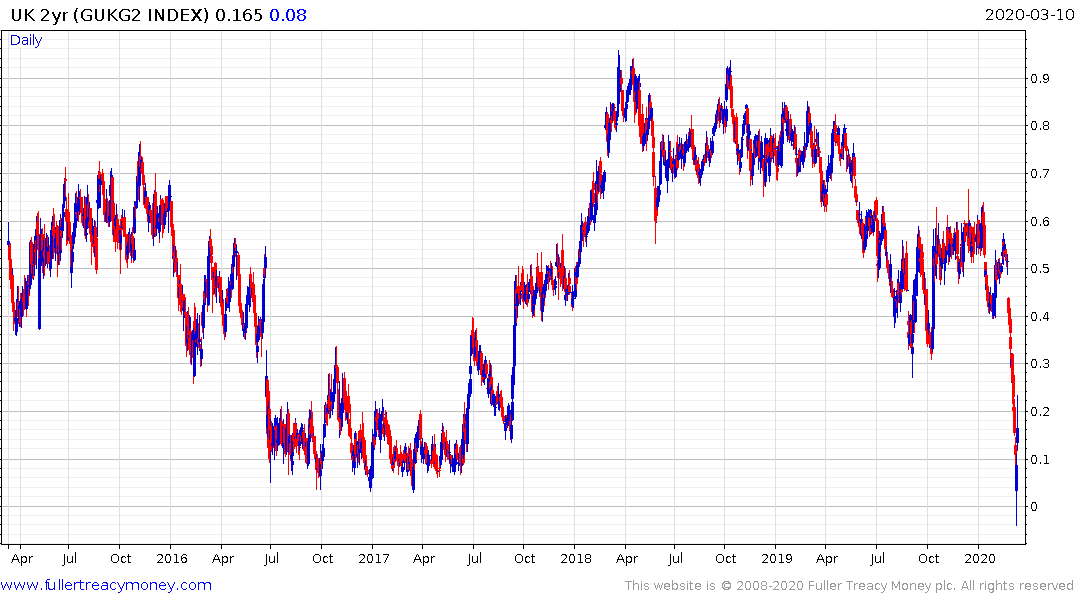