The exit of one of Johnson’s top aide less than 50 days before the U.K. is due to leave the single market, and the planned departure of another, has injected fresh uncertainty into the process. EU officials have been left speculating whether the departure of two of the most senior figures from the Leave campaign increases or reduces the likelihood that the prime minister will walk away without a deal.

“I see what is happening now in Downing Street and see this as quite a chaotic situation,” Manfred Weber, leader of the largest group in the European Parliament and an ally of German Chancellor Angela Merkel, told BBC Radio on Friday. “We need a clear idea from Boris Johnson now, and I think it’s now time for leadership.”

In the negotiating room, there was little movement this week on the three key issues that have bedeviled the talks for the past eight months -- the level playing field for business, access to U.K. fishing waters, and how any accord is enforced.

Progress on the first has been hampered by the U.K.’s reluctance to make specific commitments to abide by any future changes in the bloc’s rules, EU officials said. While both sides are inching closer to agreement on how any deal will be enforced, the U.K. is resisting EU calls for disagreements over the level playing field and fisheries to be included in any wider dispute-resolution system.

Dominic Cummings departure opens up the door for Boris Johnson to compromise on the Brexit deal. With the timing of the decision it is hard to reach any other conclusion. It also raises the question of how committed the UK will be to its ambitious program of investment in R&D or is Cummings perhaps leaving Whitehall for a well-compensated role as head up that organization? 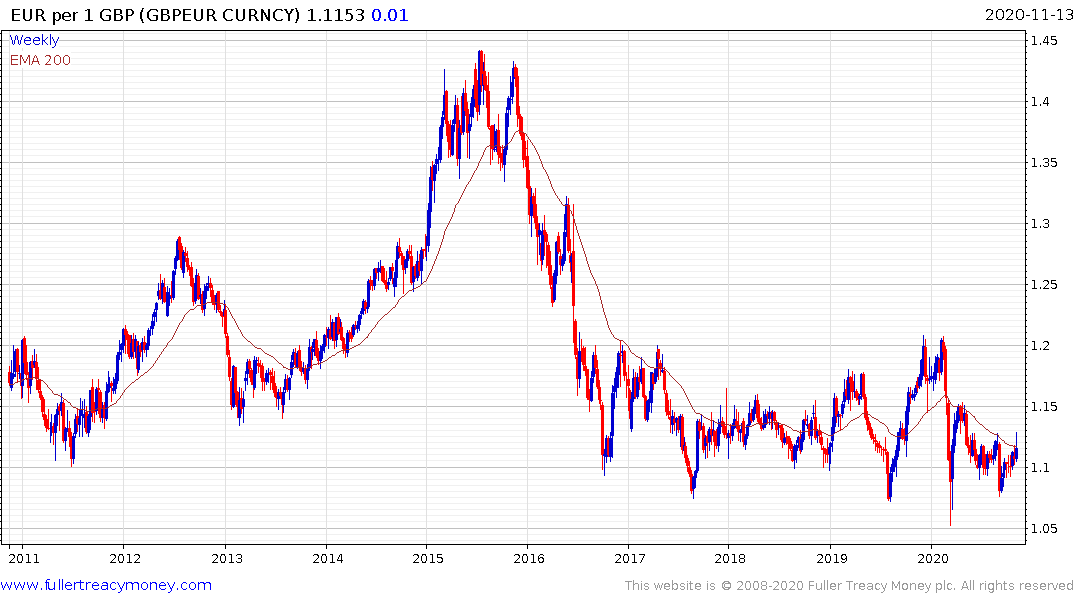 The Pound steadied today following yesterday’s downward dynamic against the Euro. It continues to hold the short-term sequence of higher reaction lows but remains at the lower side of the almost four-year range. A sustained move above €1.15 would signal a return to clear optimism that the UK is likely to remain close to the EU post Brexit.

Boris Johnson secured a mandate to deliver on Brexit and could pay for compromise with his job. That’s the primary reason investors appear unwilling to give full credence to the close relationship theory. 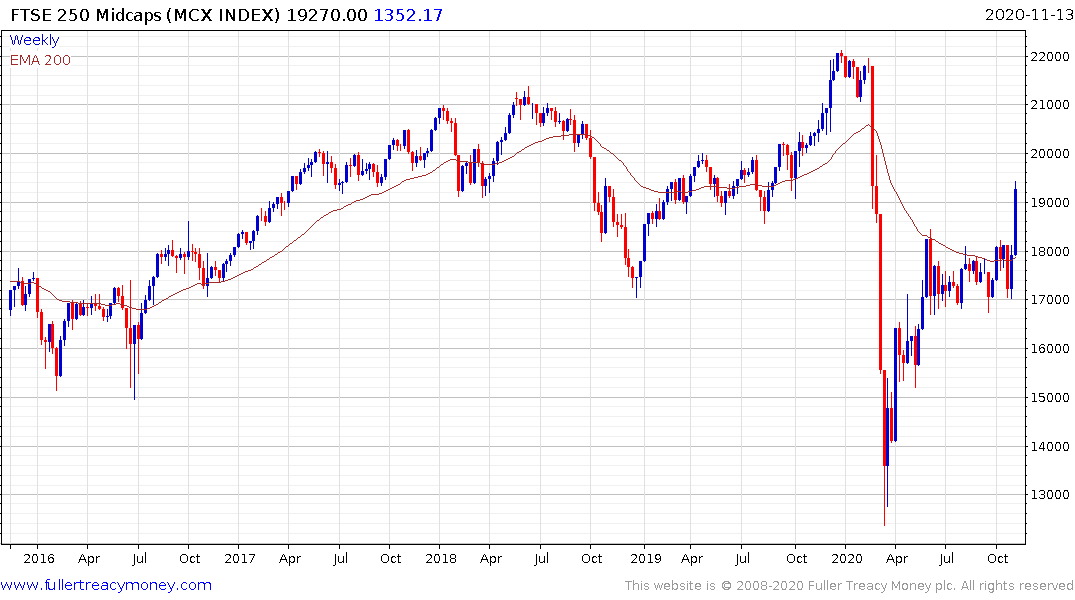 Meanwhile, the FTSE-250 (P/E 16.17, DY 2.21%) appears to be looking through Brexit risk. It broke higher in a dynamic manner this year to reassert demand dominance. 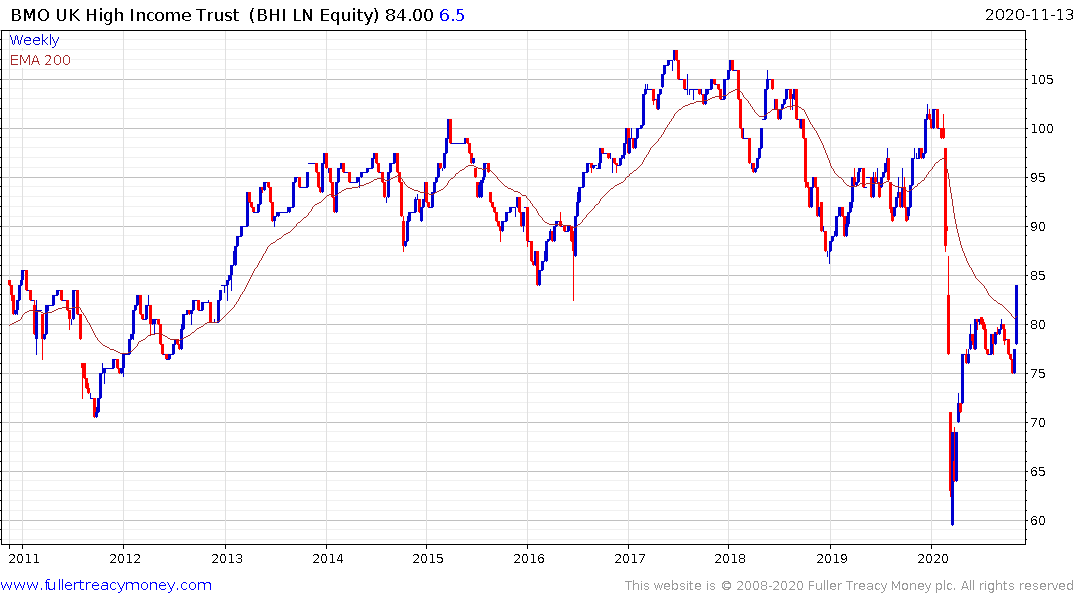 The BMO UK High Income Trust is currently trading at a discount to NAV of 11%, which is quite a bit wider than the historical norm. The trust has a dividend yield of 6.2% and has a high beta trading record relative to the FTSE-250.