Lula has been hinting at alliances with centrist parties, but it’s still unclear for investors what his economic program would look like and whether any kind of fiscal adjustments would be conducted

Brazil’s short-term interest rates have risen from 2% to 9.25% since March 2021. The fact that still represents a negative real interest rate highlights just how inflation has been. Investors appear to be giving the benefit of the doubt to the argument inflationary pressures are close to peaking as the Real bounces.

With an election in October, it is reasonable to expect some measures to prime the pump by the Bolsonaro government. If inflation moderates in the first half that will likely be used as a rationale for reducing rates. 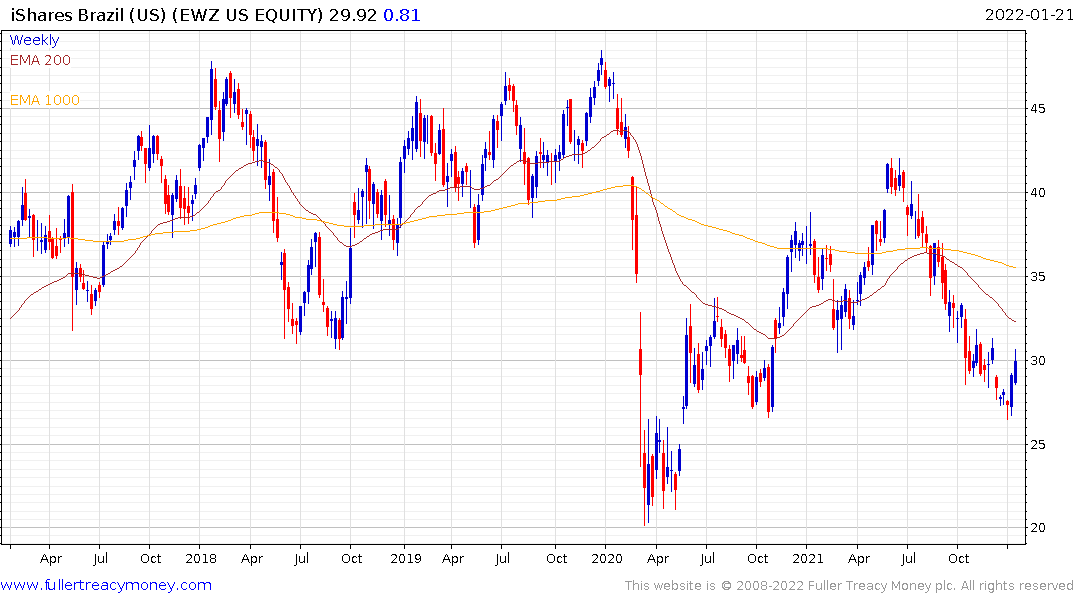 The iShares MSCI Brazil ETF rallied over the last couple of weeks to testing the seven-month downtrend and a sustained move above the trend mean would signal a return to demand dominance beyond the short term.