Neves would have 52.4 percent of votes in the runoff, compared with 36.7 percent for Rousseff, according to a Sensus poll published on the website of IstoE magazine. The survey of
2,000 people Oct. 7-10 has a margin of error of plus or minus 2.2 percentage points. Ricardo Guedes, director of research firm Sensus, also conducts internal polls for the Neves campaign.

The ‘anyone but Rousseff’ camp appears to be gaining ground ahead of the October 26th run-off. With Marina Silva throwing her weight behind Aecio Neves the opposition has gained some important coherence. However, we can anticipate continued volatility until the final result is known. 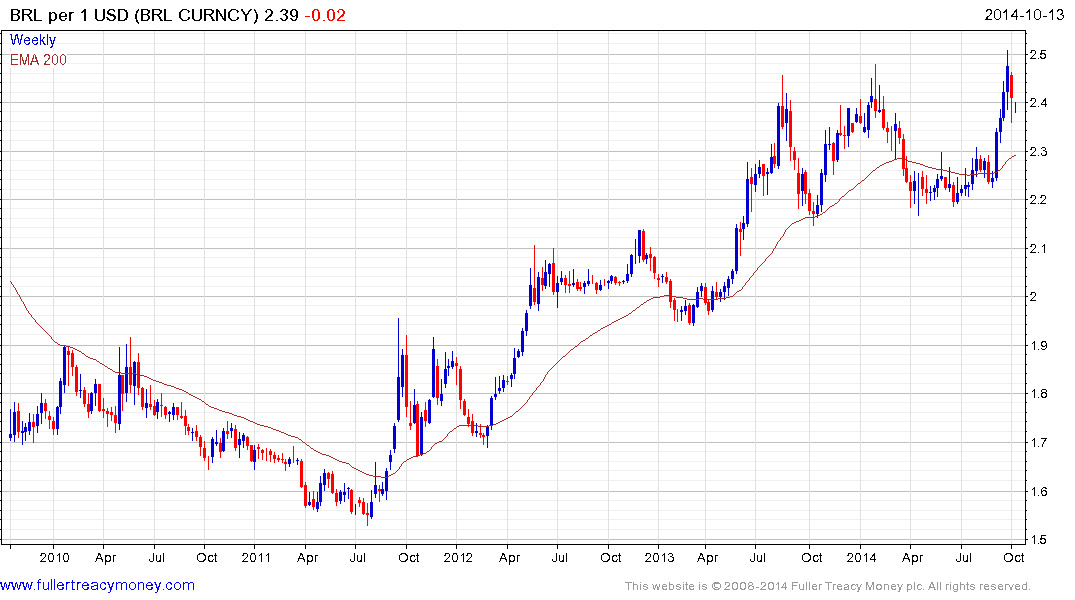 The US Dollar posted a downside key day reversal against the Real at the beginning of the month and continues to trade in the upper regions of the yearlong range. The Bank of Brazil has made public its efforts to defend the BRL2.4 area but that policy would be easier if investors had greater confidence in the ability of the administration to foster growth. This helps to emphasise just how important the result of the run-off is. 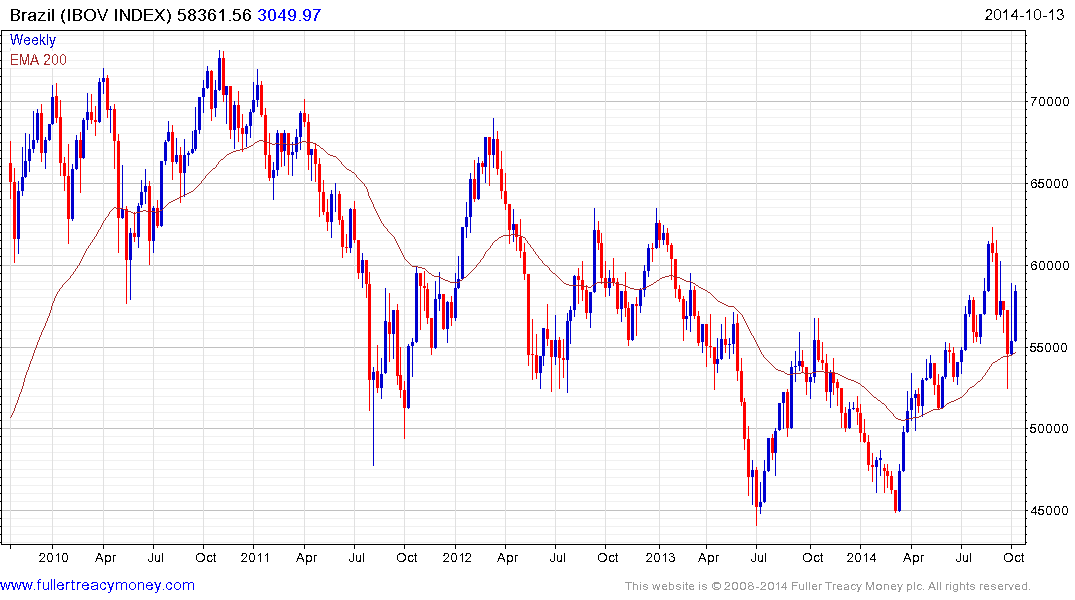 The Bovespa remains volatile but has so far held in the region of its 200-day MA. A positive outcome to the run-off could be transformational for investor expectations of the Index’s upside potential. 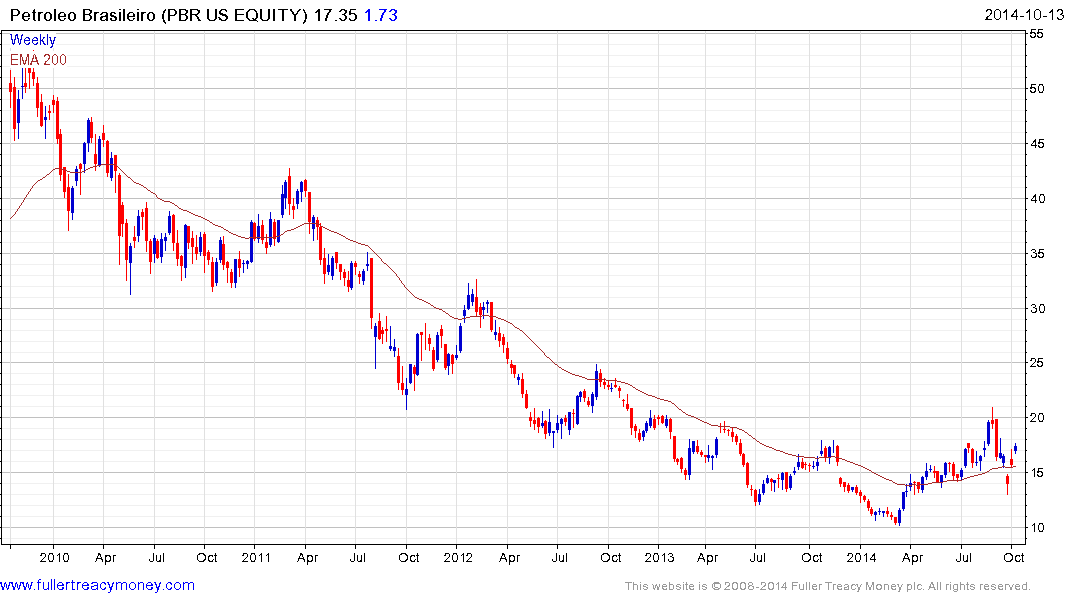 Petrobras continues to rebound from a deep oversold condition but will need to hold the post election low if the benefit of the doubt is to continue to be given to the upside.