Brazil analysts expect a higher interest rate both this year and next after the government said it would
circumvent the public spending cap to increase spending on the poor.

President Jair Bolsonaro announced last week plans for cash transfers to the poorest that would be financed either by a waiver or changes to the spending cap rule. The increased spending, coupled with a fresh plunge in the currency, are boosting bets that policy makers will have to raise borrowing
costs faster. The central bank will meet over rates Tuesday and Wednesday.

With annual inflation running above 10%, policy makers led by Roberto Campos Neto had promised their third consecutive rate hike of a full percentage point this week. But now analysts at major Wall Street firms expect them to deliver an increase of at least 125 basis points.

It’s hard to imagine that 8.5% in short-term rates still represent negative real interest rates for Brazil. Inflation running at 10% is a major challenge for any government but especially during a time when a restive population is agitating for more spending and better conditions. 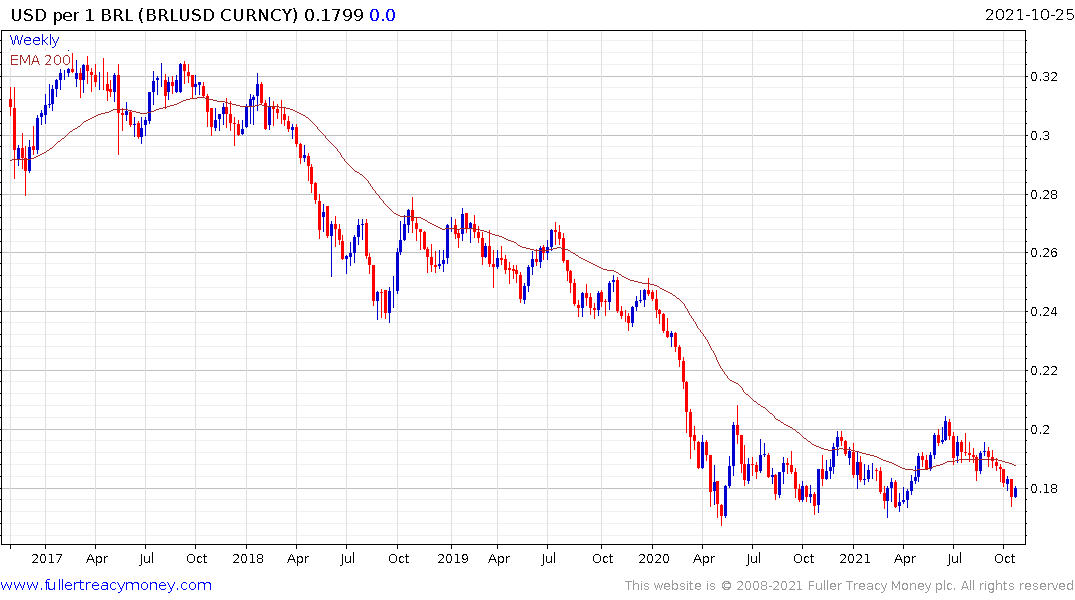 If the Bolsonaro government abides by this fiscal commitment, that will be welcomed by the market. On the other hand, if they insist on pushing through outsized spending commitments the currency will take a significant hit. Right now, the Real is bouncing from the $0.1735 area and a sustained move beyond that level would be required to signal a return to supply dominance. 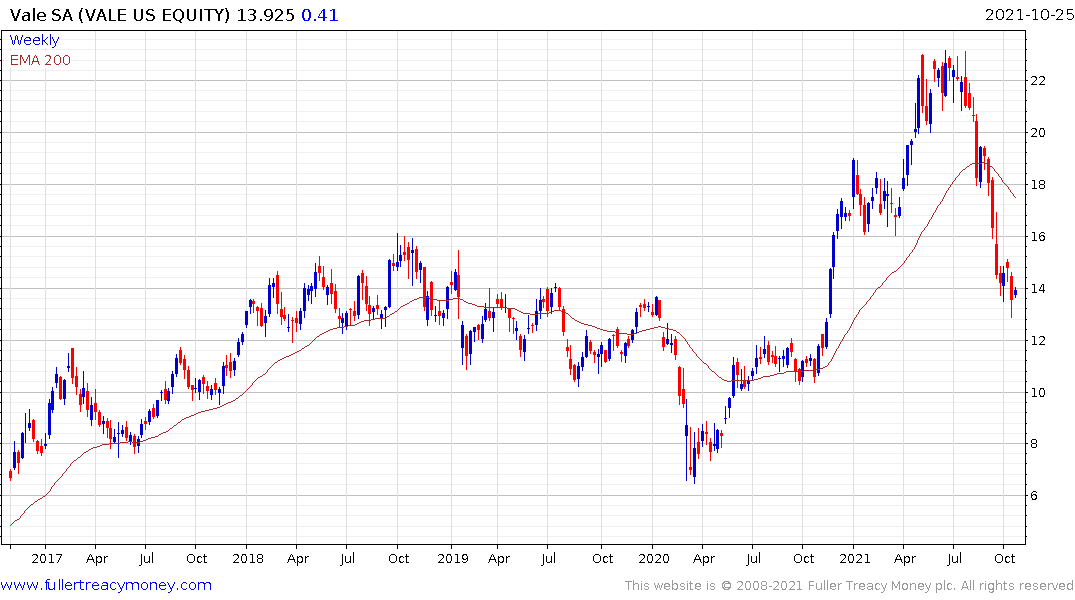 Vale remains close to its lows and is testing the upper side of its base formation. 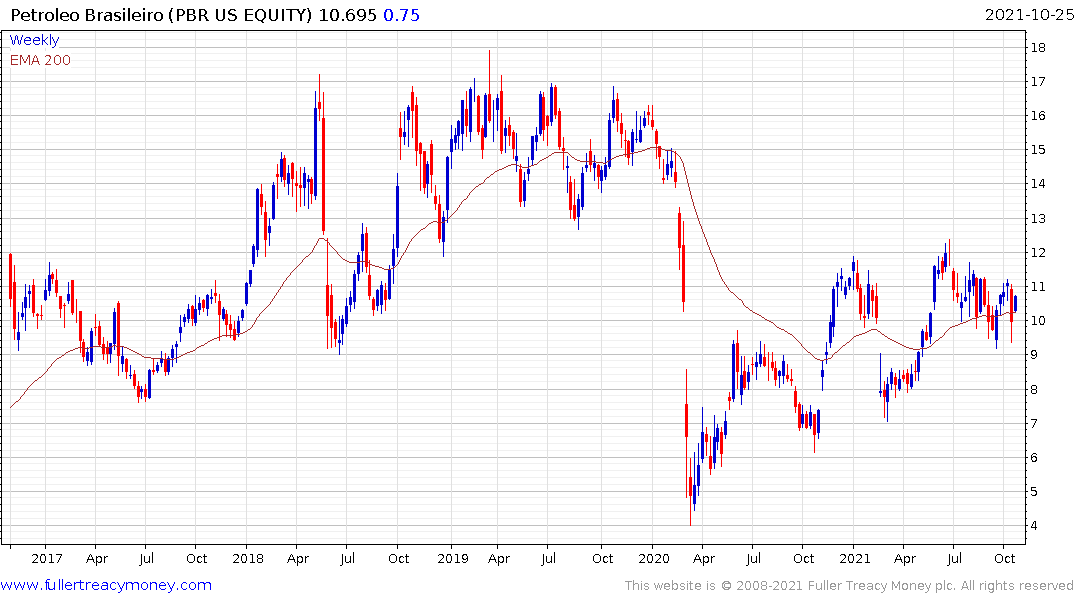 Petroleo Brasileiro’s ADR is bounding from the region of the trend mean and continues to hold a sequence of higher major reaction lows.