For the first time in a very long while, the Fed’s decision was slightly more hawkish than I had been expecting. The anticipated 25 basis-points hike in the most-watched policy rate and the openness to another hike as soon as September were accompanied by a change in projections (albeit involving just one of the key “dots”) that raised the Fed’s baseline signal for 2018 to four rate hikes from three.

The next day, the ECB took over from the Fed in exerting systemic market influence. It incorporated in its announcement an unanticipated addendum related to the path of interest rates in 2019. Mario Draghi, the president of the ECB, provided an unexpectedly dovish addition to the bank's plan to reduce its monthly purchases under its quantitative easing program after September and, if the data support it, stop buying bonds entirely at the end of December. At a news conference, Draghi said the soonest the next rate hike could occur would be after the middle of next year.

Taken together, these developments added up to a greater widening of the policy differential between the Fed and ECB than had been expected by markets. This was amplified by data suggesting that U.S. economic growth continues to pick up, while Europe is hitting a soft patch, if not decelerating to a lower path.

The growth and policy differentials could widen further in the months to come, putting fully in play two notions that markets had excessively embraced last year: a synchronized pick up in global growth and more correlated central bank policies in the new era of quantitative tightening.

Economic developments in the next few months are likely to highlight more and more that U.S. growth is a major outlier in the advanced world. The U.S. is benefiting from policy actions that fuel three simultaneous and interrelated engines: higher consumption, underpinned by a strong labor market; greater business investment, supported by relatively strong balance sheets; and increased government spending, including on account of tax cuts.

The relative outperformance of Wall Street versus Europe is a clear indication of where investors see value and that has been evident since at least 2013. Economists might only be catching up to that conclusion now but it has been clear to anyone looking at charts which markets were likely to offer the best returns for years. 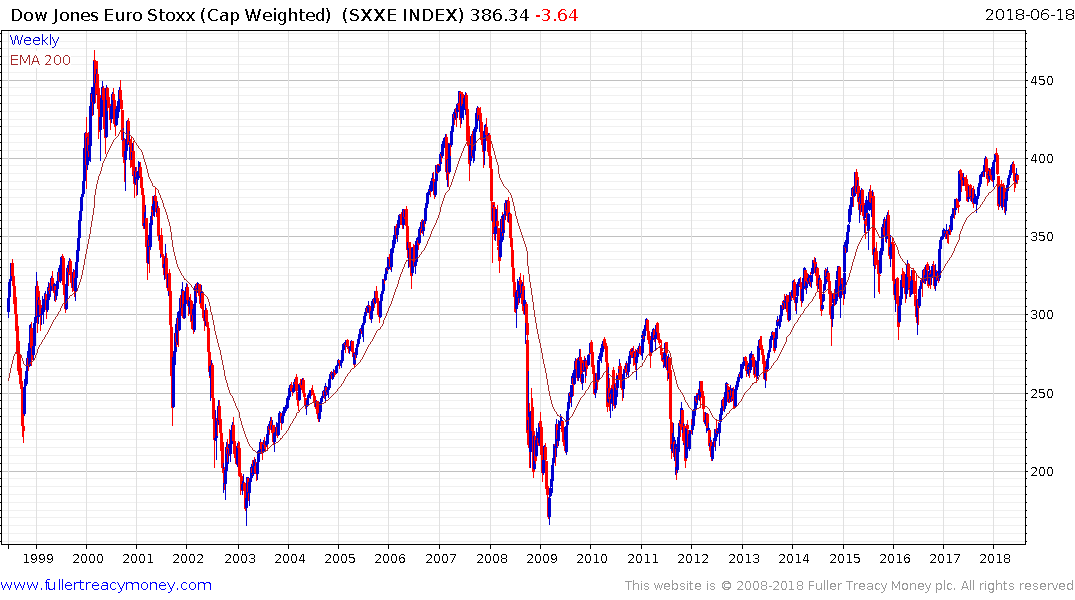 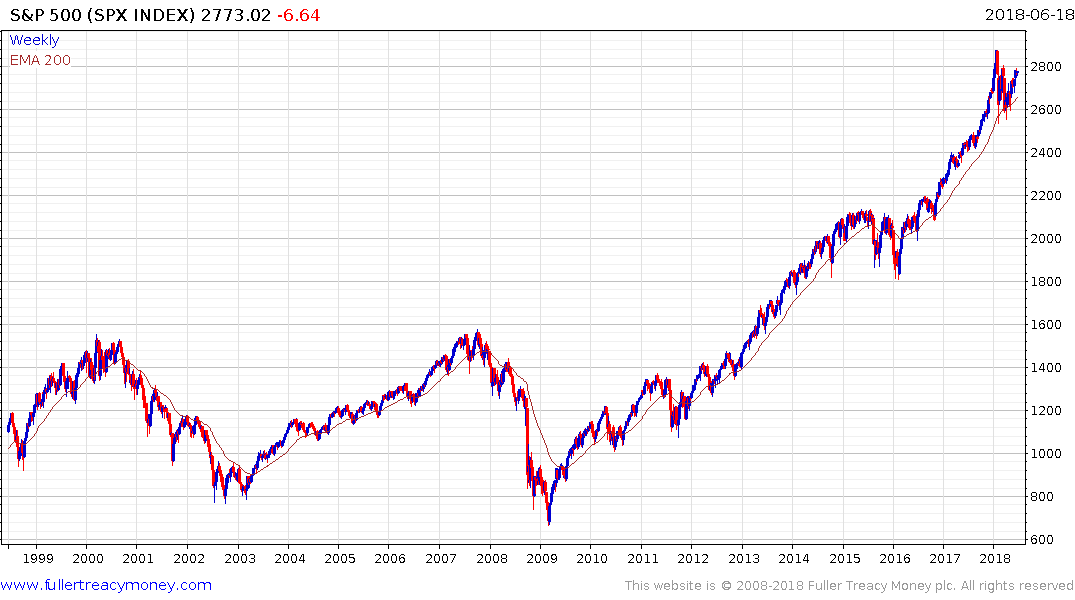 The ECB has little choice but be very shy about raising rates. There is just too much economic and political uncertainty to remove stimulus. Additionally, the institution must have some memory of the deflationary impact of removing €1 trillion from circulation between 2012 and 2014 so it will necessarily be cautious about stoking revolutionary movements by making the same mistake twice.

At the same time, the USA has introduced a fiscal stimulus at a time of low unemployment and a stagnant participation rate, when capacity utilization has already improved, so it having an outsized effect on growth. Against that background the Fed is understandably worried about overheating and is gradually tightening policy by raising rates and reducing the size of its balance sheet. 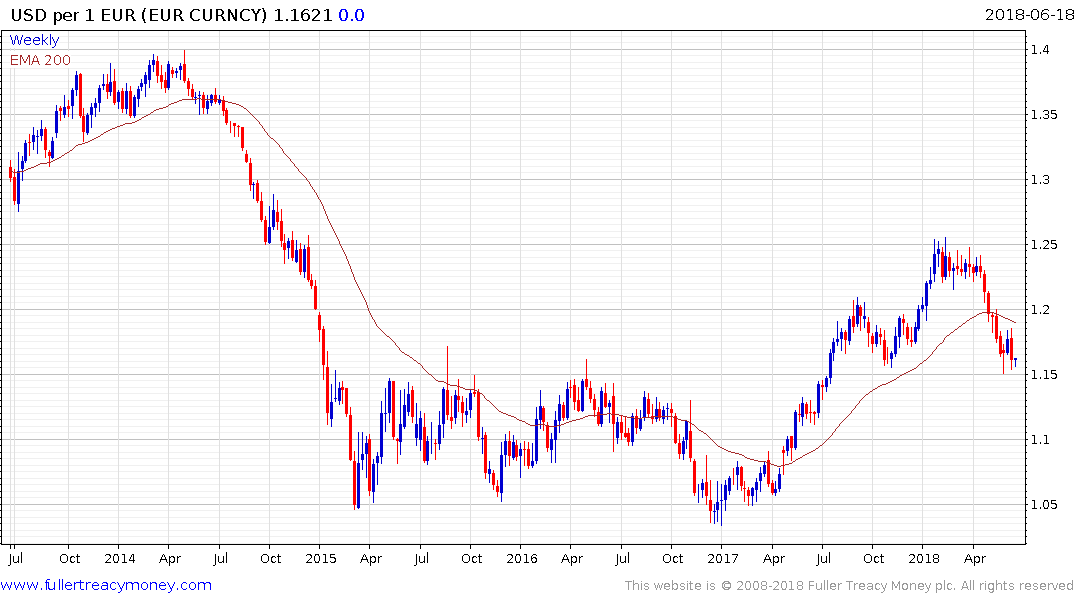 The Euro confirmed resistance in the region of the trend mean last week and a sustained move above it would be required to question near-term scope for continued downside. Considering the differential in growth outlooks it is in Europe’s interests to have a weaker currency right now.