“If rates go up, they will underperform,” Aash Shah, senior portfolio manager with Summit Global Investments, said of the biggest tech stocks. “That’s nothing against their business, just a reality of discounted cash flow.”

The interplay between technology stocks and Treasury rates is nothing new, of course; the rise in yields over 2018 contributed to an outsize rout in the Nasdaq 100 Index late that year, for example. And other forces, like last year’s shift away from companies hard hit by lockdowns, have also played a major role in driving tech stocks.

Chris Murphy, co-head of derivatives strategy at Susquehanna International, said a rise in yields doesn’t necessarily pose a risk to tech stocks if economic growth stays strong. But that could be eclipsed if investors grow fearful about the expected pullback in the Federal Reserve’s bond buying program.

“If economic growth holds up, 10-year yields and the Nasdaq can rally together,” he said. “If the focus switches to the Fed tapering, then that’ll be bad for the Nasdaq and the relationship starts to become more negative.”

The thing I was most worried by, at the end of the 1st quarter, was the surge in the yield curve spread. The worst selling pressure in a bear market usually occurs when the spread is surging higher following an inversion. That is usually when trouble in the economy is obvious and central banks belatedly try to play catch up. On this occasion, central banks acted with alacrity and forestalled a much deeper decline by flooding the market with liquidity. The significant rally in government bond prices, from the April low reduced funding pressure for the growth sector and marked a significant peak for the yield curve spread. 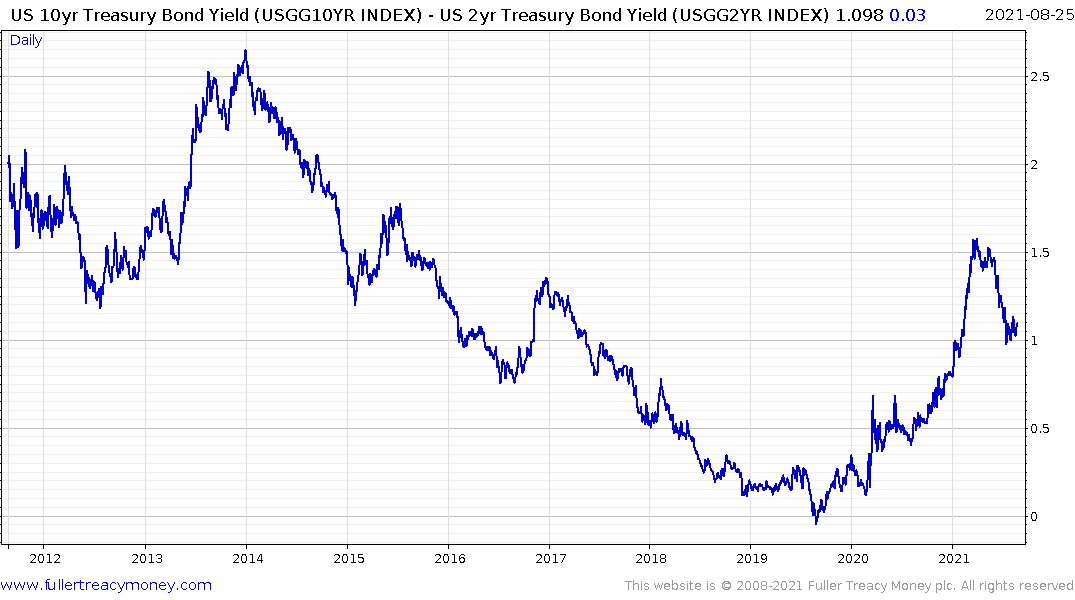 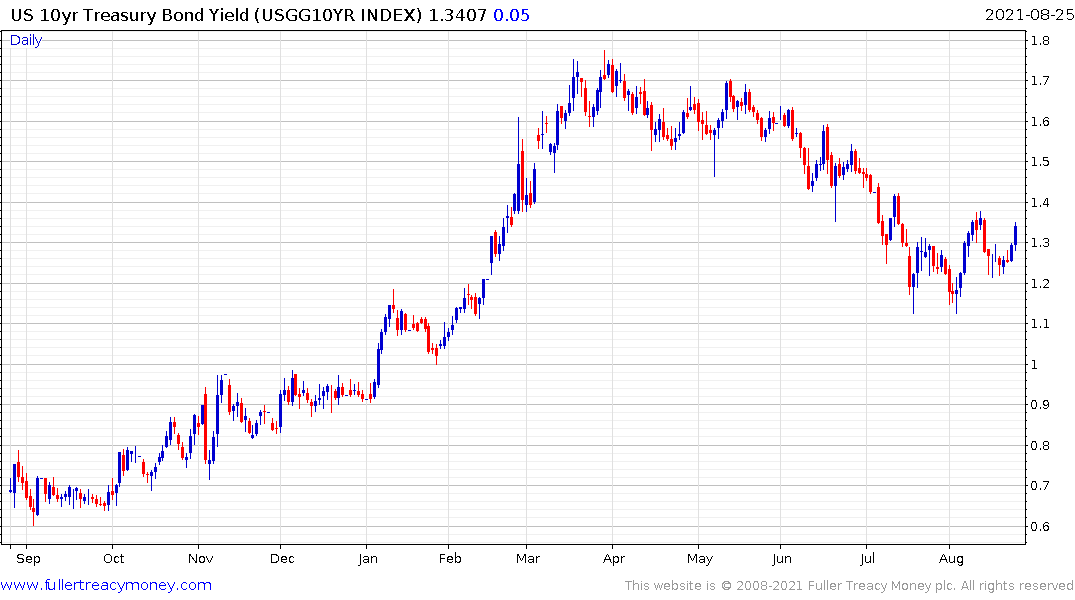 10-year Treasury yields have now broken the downtrend from the April peak and held a higher reaction low. Those are the basic conditions for a new uptrend. # 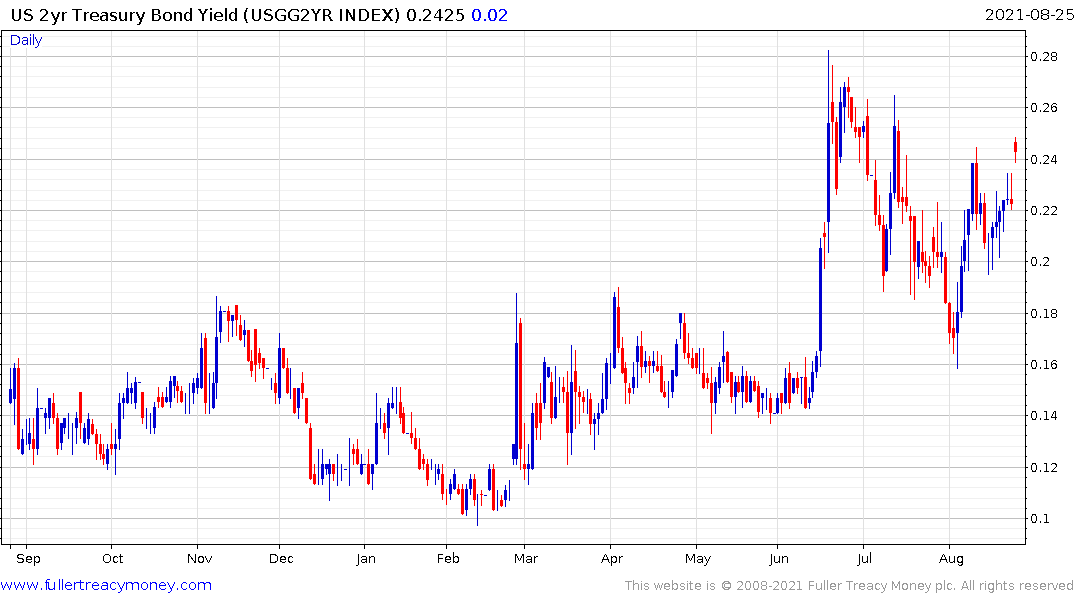 2-year yields have first step above the base characteristics.

Once the USA’s debt ceiling pantomime ends there is likely to be a significant surge in issuance of bonds and that will be multiplied in the event the government’s ambitious spending proposals are enacted. At present the yield curve spread is not trending higher but that does not obviate the risk high borrowing costs pose for both high indebted governments and lossmaking companies. 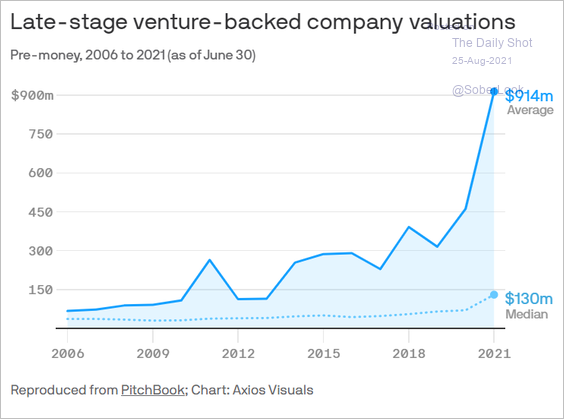 The price commanded by private equity ventures is at extraordinary levels and that is very dependent on access to cheap funding. Any significant increase in yields reintroduces a discount rate into the calculation of value for private assets.