Mexico has promised a capital injection of $1.25 billion to Pemex, while Lopez Obrador has floated a plan for $3.5 billion in tax breaks over the next six years. Not only did the measures fail to assuage market fears, they stoked concern that the government hasn’t grasped the extent of Pemex’s problems. Others worried that further capital injections could erode Mexico’s fiscal position.

“There’s risk of contamination as there’s basically one pocket of money,” said Shamaila Khan, the director of emerging-market debt at AllianceBernstein in New York. “To the extent Pemex support comes at the expense of fiscal performance, that is going to impact sovereign ratings.”

The biggest challenge for Mexico is it now has a left leaning populist administration. One of AMLO’s first acts as President was to cancel reforms at Pemex that would have allowed foreign investors access to the nation’s oil. That sent the wrong kind of message to the market because it eroded confidence in the administration’s commitment to meeting its debt obligations let along balancing the budget. 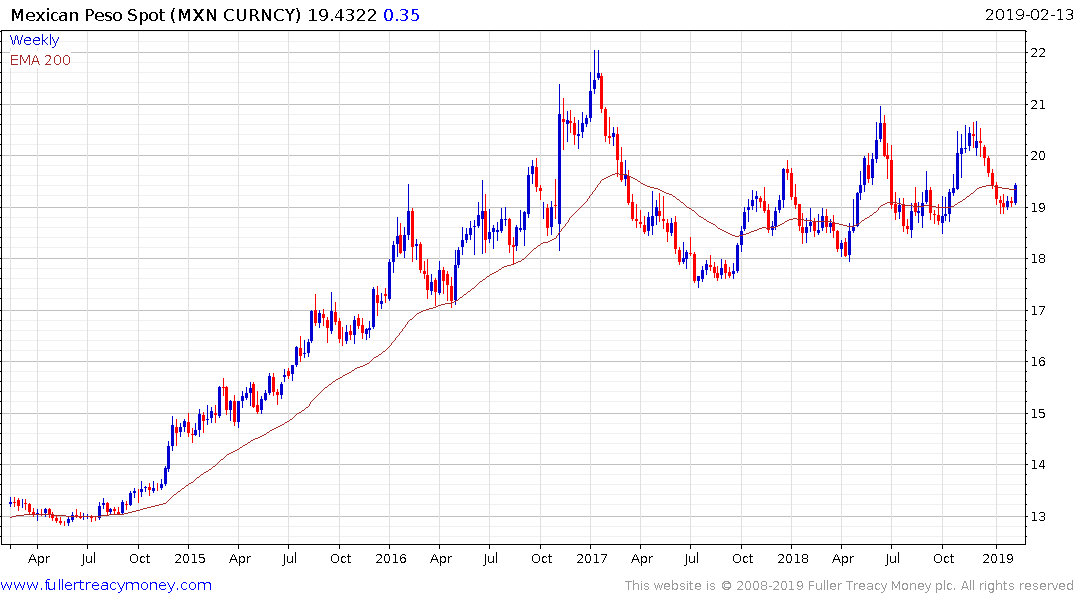 The US Dollar continues to hold a sequence of higher reaction lows against the Mexican Peso and is currently bouncing from the most recent. 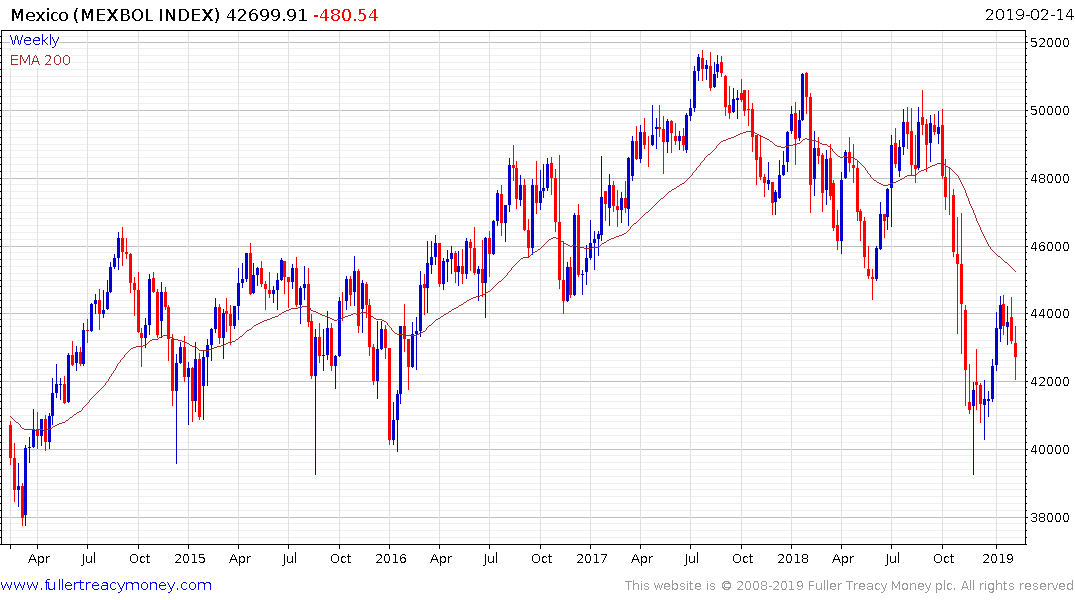 The Mexican stock market index has increasingly convincing completing top formation completion characteristics as it pulls back from the region of the trend mean.