It’s been a “no-brainer since forever,” said Sekiai, a money manager at Tokyo-based DIAM Co., which oversees about $166 billion.

That truism is now a thing of the past. Last month, yields on U.S. 10-year notes turned negative for Japanese buyers who pay to eliminate currency fluctuations from their returns, something that hasn’t happened since the financial crisis. It’s even worse for euro-based investors, who are locking in sub-zero returns on Treasuries for the first time in history.

That quirk means the longstanding notion of the U.S. as a respite from negative yields in Japan and Europe is little more than an illusion. With everyone from Jeffrey Gundlach to Bill Gross warning of a bubble in bonds, it could ultimately upend the record foreign demand for Treasuries, which has underpinned their seemingly unstoppable gains in recent years.

“People like a simple narrative,” said Jeffrey Rosenberg, the chief investment strategist for fixed income at BlackRock Inc., which oversees $4.6 trillion. “But there isn’t a free lunch. You can’t simply talk about yield differentials without talking about currency differentials.”

With interest rates so low there is very little cushion left in a foreign investment dependent on harvesting low yields. Therefore it is unsurprising that Japanese and Euro denominated investors are losing money on investments in Treasuries. With Euro/Dollar volatility at 18-month lows, the low return for Euro investors on investing in Treasuries is truly a testament to how low rates are. 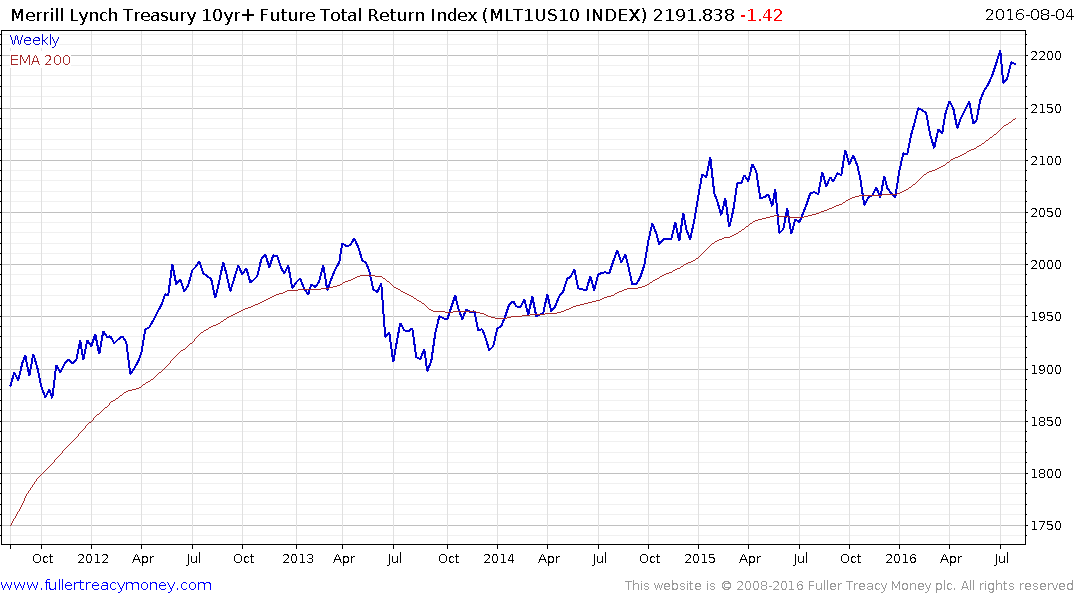 The more important consideration they have is whether they would lose more money by not investing in Treasuries because the yields on their respective domestic bonds are so low. The Merrill Lynch 10yr+ Treasury Futures Total Return Index remains in a consistent medium-term uptrend and will need to both sustain a move below the MA and break the progression of higher reaction lows to signal a change of the long-term trend. 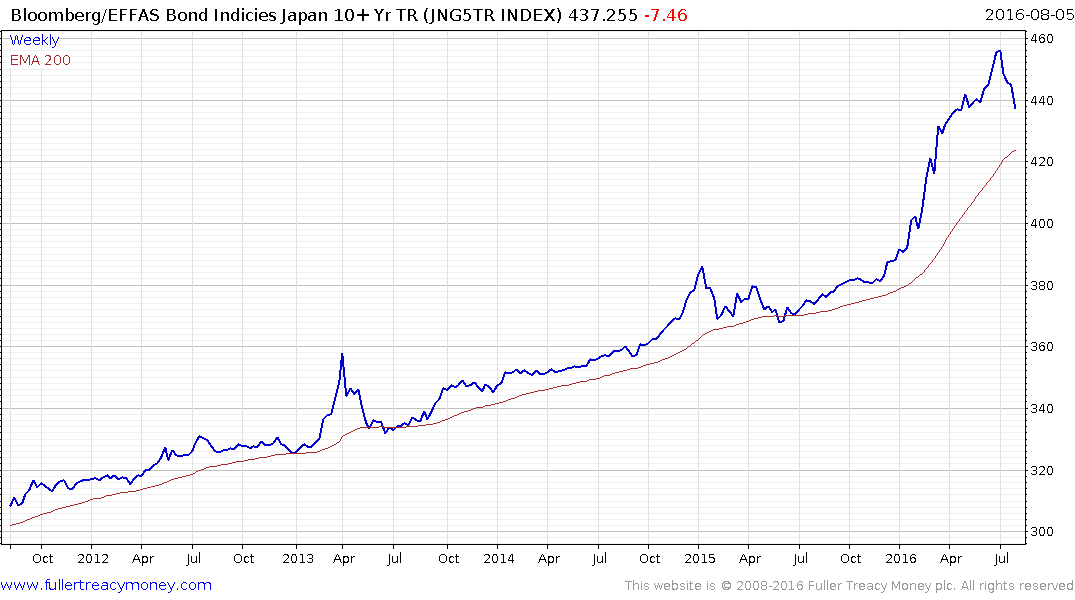 The Japanese 10yr Total Return Index is engaged in a process of mean reversion following an accelerated advance, but a sustained move below the trend mean will be required to question the broad upward bias. 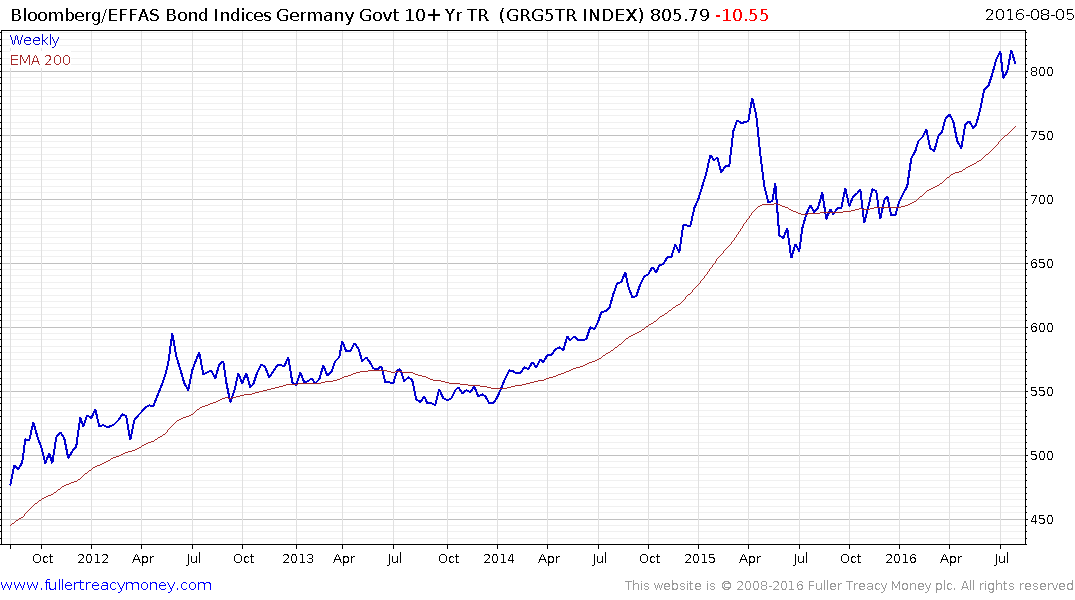 The German 10yr Total Return Index is also still trending higher in a reasonably consistent manner but is also susceptible to mean reversion.

I have a great deal of sympathy with the argument that a bubble is inflating in the bond markets but there is little evidence yet that it has popped. In the meantime equities continue to represent a more attractive prospect.