“The tax package is probably giving institutional investors more confidence about the shape of corporate balance sheets,” said Matt Maley, a strategist at trading firm Miller Tabak + Co. “Thus they might be making up for the selling that is coming from these products geared towards individuals, who are worried about the rise in government yields.”

U.S.-listed corporate bond ETFs are headed for a second consecutive month of outflows, the first time that’s occurred in at least seven years. The pain is across ratings. The iShares iBoxx Investment Grade Corporate Bond ETF, LQD, had the biggest day of losses last week since 2016, while BlackRock’s high-yield equivalent, HYG, is in the midst of its biggest two-month outflows on record.

If the withdrawals are a symptom that retail funds are losing their taste for fixed-income, the impact could be far-reaching. A tweet from DoubleLine Capital LP co-founder Jeffrey Gundlach Thursday -- who has previously warned underperformance may portend a selloff for risk assets -- noted the gap between junk ETF prices and stock gains.

On Bloomberg TV yesterday I was asked to comment on the uptick in high yield spreads. It was unfortunate that I did not have access to the chart, because I was speaking into a camera, so I had to rely on memory. However, I find it interesting that the junk bond market is garnering attention right now because the move has been so minor. 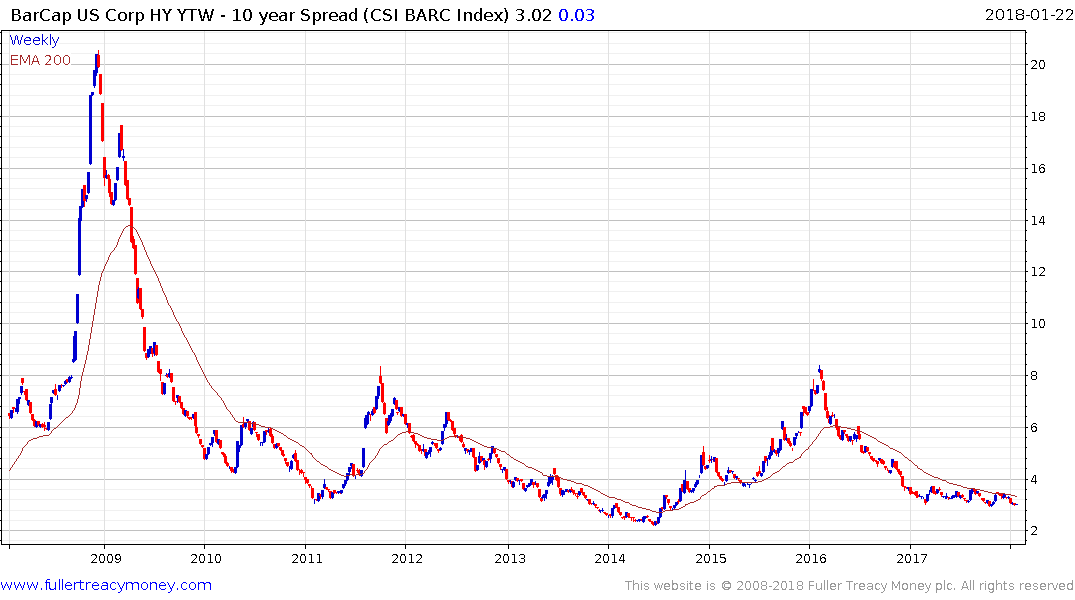 The Barclays High Yield spread Index has been inert for at least 12 months. However, 10-year Treasury yields hit a new recovery high yesterday. The fact the spread is stable means high yield bonds have been selling off at the same pace as Treasuries which is a contributing factor in the withdrawals from bond funds cited above. Some of that money is likely moving into the stock market where an increasingly large number of accelerating trends are evolving.

The broader lesson from the spread chart is that it rallied to break its downtrend 2014, but the stock market continued higher, albeit at a slower pace for almost another full year, before rolling over into a much more volatile period from mid-2015 through the first quarter of 2016. When the high yield spread pulled back, stock market uptrend consistency was reasserted. Right now, the spread is still very low so we are still a significant way from it signaling trouble for the stock market expansion. 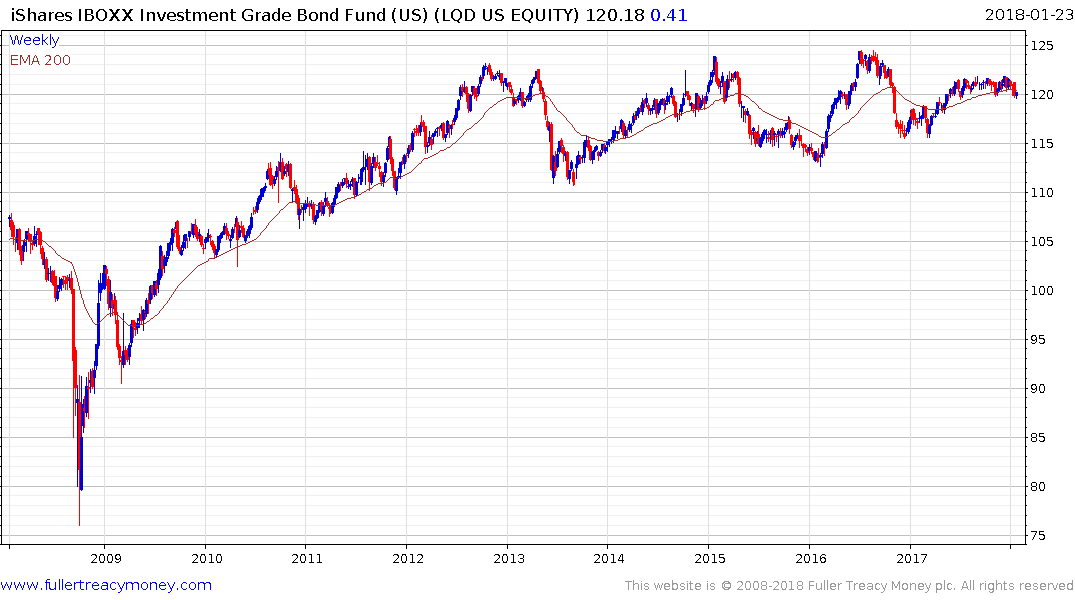 The iShares iBoxx Investment Grade Corporate Bond ETF (LQD) has been ranging between 110 and 125 since 2012 and is currently testing the region of the trend mean. 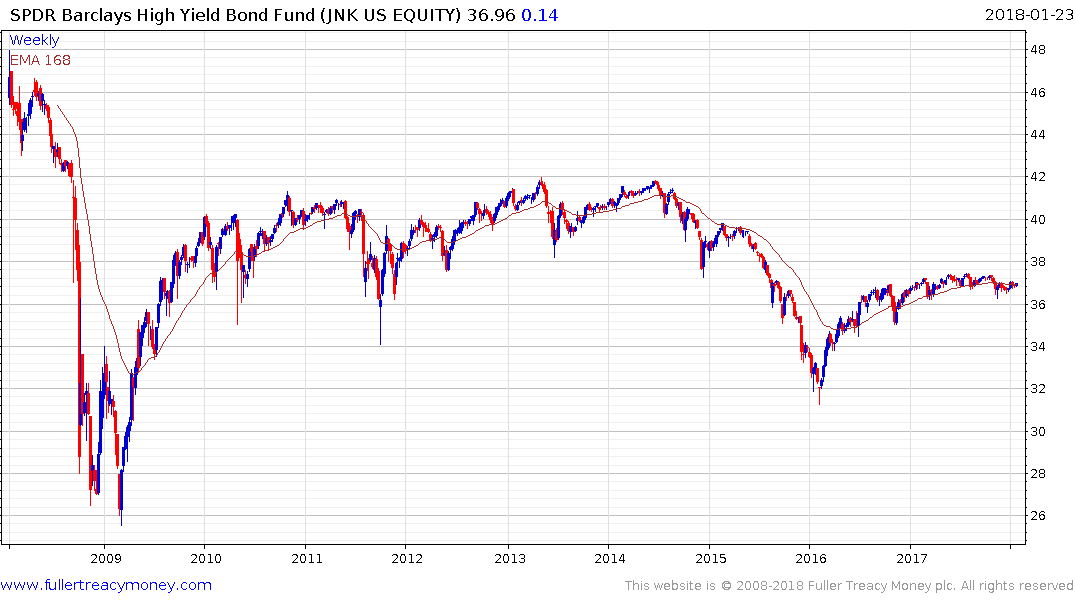 Meanwhile the SPDR Bloomberg Barclays High Yield Bond ETF (JNK) has rallied back to test the region of the trend mean but will need to sustain a move above $37 to confirm a return to demand dominance.