The return on average shareholder's equity was 5.74 percent in the fourth quarter and 4.62 percent for the full year.
Investors could choose Bank of America and bigger rival JPMorgan Chase & Co. to take advantage of an improving U.S. economy, Horowitz wrote in a Jan. 2 research note.

Moynihan has spent more than $50 billion on mortgage and foreclosure disputes and still faces demands that the firm atone for activities that contributed to the 2008 credit crisis.

Bank of America may have to pay $5 billion to $8 billion to settle a Federal Housing Finance Agency suit after JPMorgan's $4 billion accord set "a relatively high bar," Fitch Ratings said in October. The FHFA lawsuit cited about $57 billion of mortgage-backed securities from Bank of America, compared with about $33 billion in the JPMorgan case, Fitch said.

The lender also faces a U.S. lawsuit for claims it misled investors over the quality of mortgages within an $850 million bond and said in October that the Justice Department may file another suit tied to home loans.
?
JPMorgan said yesterday that fourth-quarter profit fell 7 percent to $5.28 billion on costs from legal settlements. Wells Fargo & Co., the biggest home lender, said net income rose 10 percent to $5.61 billion, setting a record for the quarter and the year. Citigroup reports results tomorrow.

Banks were at the epicentre of risk during the credit crisis and particularly those that were most involved in originating mortgages. Their collapse resulted in the largest bailout in history and a swelling of the Fed?¡¥s balance sheet to levels that would have once been unimaginable. A steep yield curve, record low interest rates, unlimited access to liquidity and direct bailouts ensured the banking sector survived. While there are still outstanding legacy issues relating to the mortgage market, the housing market is recovering and other parts of their businesses continue to benefit from central bank largesse. 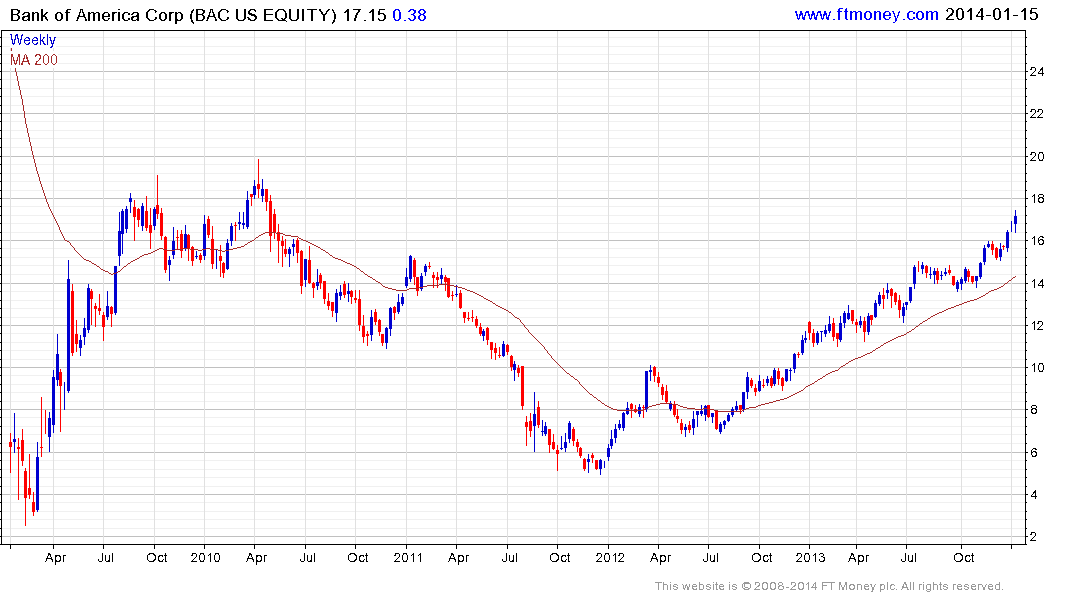 Bank of America has been trending steadily higher for nearly two years. While somewhat overbought at present, a break in the sequence of higher reaction lows, currently near $15, would be required to question medium-term scope for additional upside. 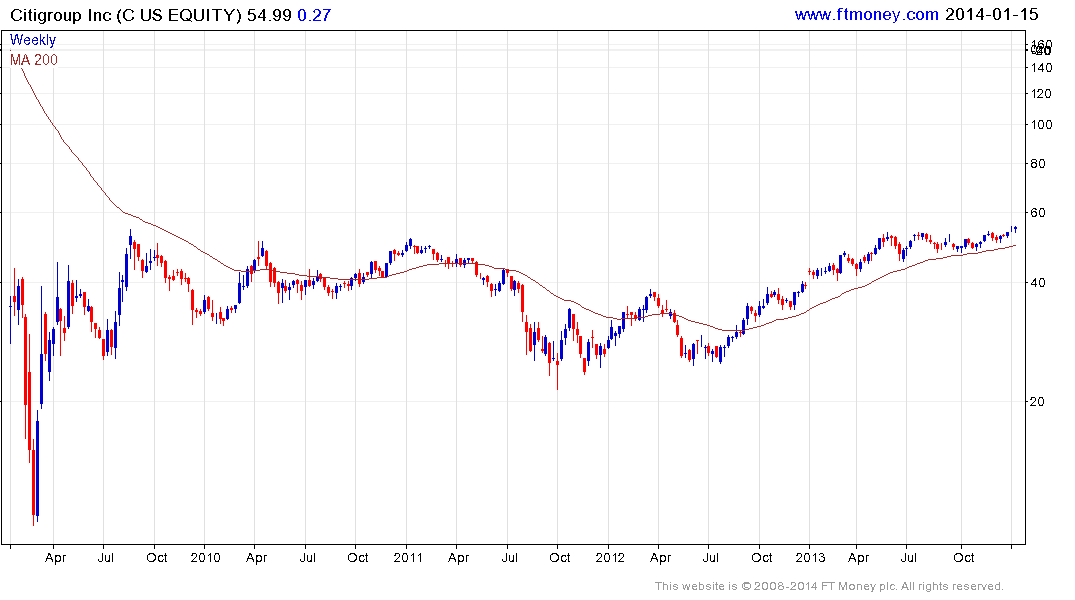 $50 represented an area of resistance for Citigroup from 2009. It ranged in the region of that level from May and broke upwards last week to complete its base. A sustained move below the 200-day MA, currently near $50, would be required to question medium-term recovery potential.