By the time Boeing decided to cobble together the 737 Max, its engineering culture was completely broken. Here’s how Aboulafia described it to Useem in the Atlantic:

It was the ability to comfortably interact with an engineer who in turn feels comfortable telling you their reservations, versus calling a manager [more than] 1,500 miles away who you know has a reputation for wanting to take your pension away. It’s a very different dynamic. As a recipe for disempowering engineers in particular, you couldn’t come up with a better format.

You can see that disempowerment — and its consequences — in the recently released emails. Instead of bringing their fears and complaints to superiors, the engineers grouse to themselves about the problems they see with the plane. They are bitter about management’s unwillingness to slow things down, to build the plane properly, to take the care that’s required to prevent tragedy from striking.

There is one email in particular from an unidentified Boeing engineer that I can’t get out of my head. It was written in June 2018, about a year after the company had begun shipping the 737 Max to customers:

Everyone has it in their head that meeting schedule is most important because that’s what Leadership pressures and messages. All the messages are about meeting schedule, not delivering
quality…

We put ourselves in this position by picking the lowest cost supplier and signing up to impossible schedules. Why did the lowest ranking and most unproven supplier receive the contract? Solely based on bottom dollar…. Supplier management drives all these decisions — yet we can’t even keep one person doing the same job in SM for more than 6 months to a year. They don’t know this business and those that do don’t have the appropriate level of input… .

I don’t know how to fix these things … it’s systemic. It’s culture. It’s the fact that we have a senior leadership team that understand very little about the business and yet are driving us to certain objectives. It’s lots of individual groups that aren’t working closely and being accountable …. Sometimes
you have to let things fail big so that everyone can identify a problem … maybe that’s what needs to happen instead of continuing to just scrape by.

Of course that’s exactly what happened: the 737 Max failed big — at a cost of 346 lives. Shareholder value has caused much harm in the three decades since it became the core value of American capitalism: diabetics who can’t afford insulin; students ripped off by for-profit universities; patients gouged by hospital chains; and so much else. But none worse than this.

General Electric basically invented financial engineering and built a massive business based on moving money around while its industrial core withered. That resulted in unique exposure, for an industrial company, to the credit crisis. The erasing of goodwill, forced sell-off of prime income producing assets and failure to reinvent a business model, resulted in the complete collapse of the share down to the low in late 2018.

If Boeing’s industrial culture has been hollowed out to the extent detailed above the trouble with the 737-Max could take longer than anticipated currently to work out and there is a significant web of companies that demand on Boeing for their business. 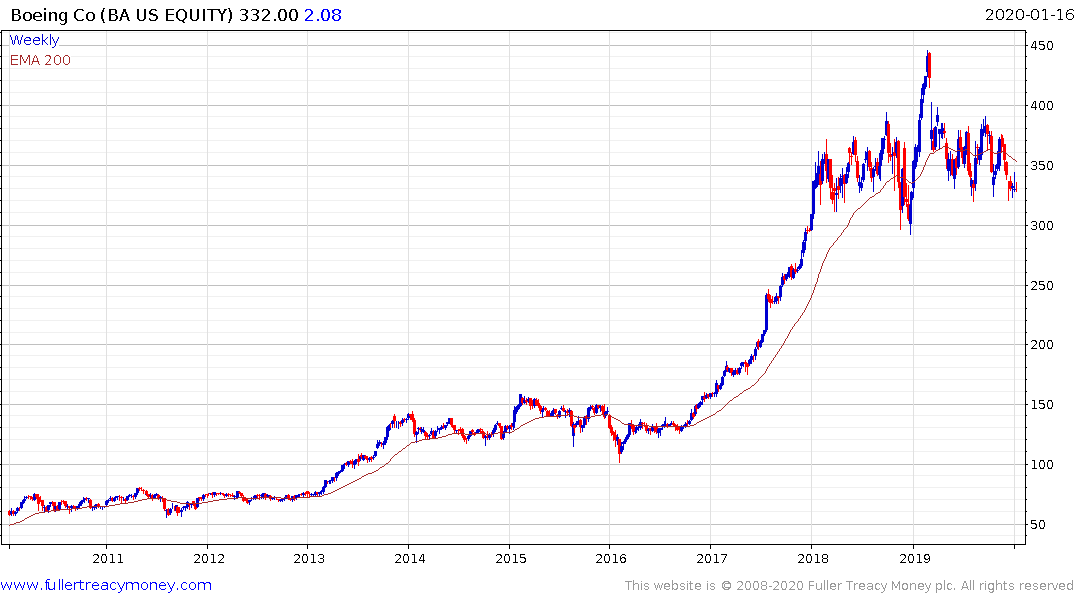 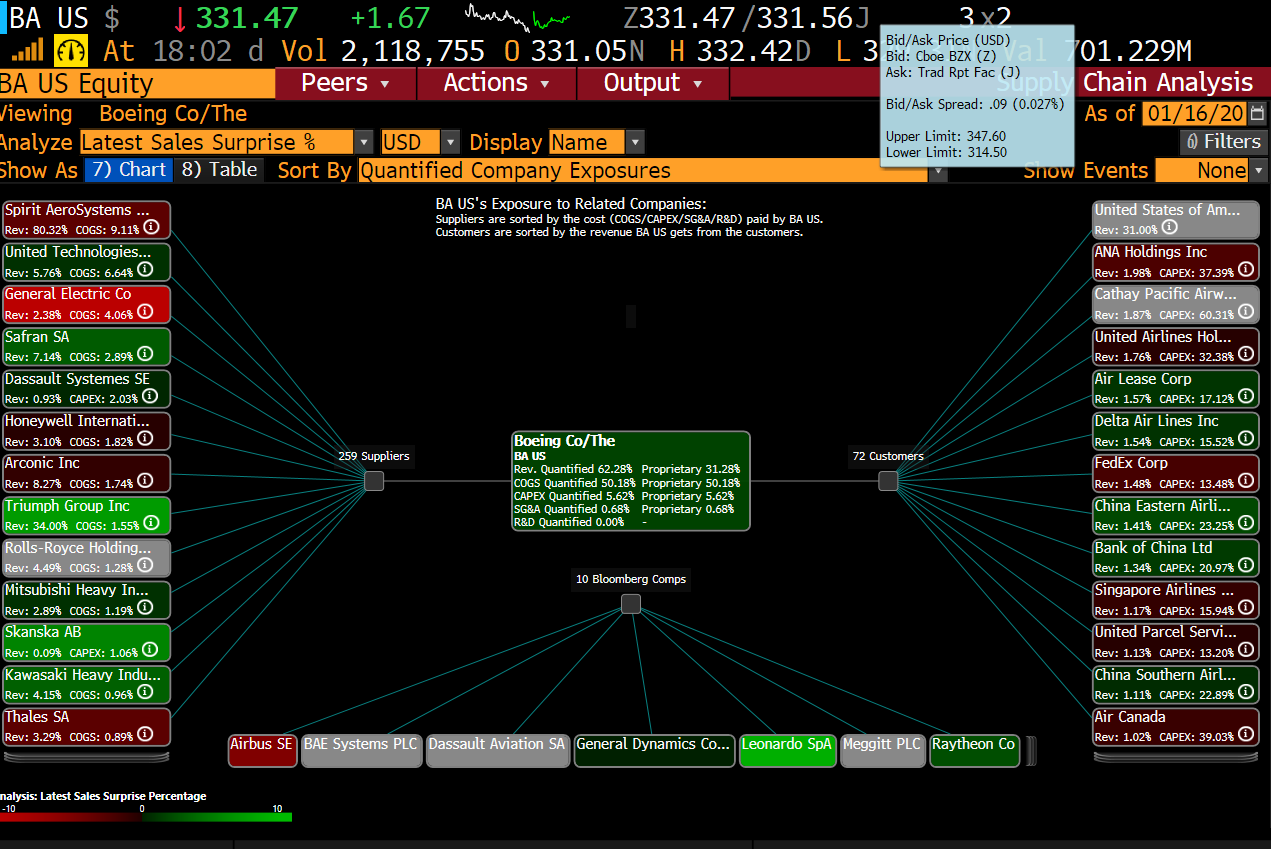 Boeing has developing Type-3 top formation characteristics and is barely steady at the lower side of its range. 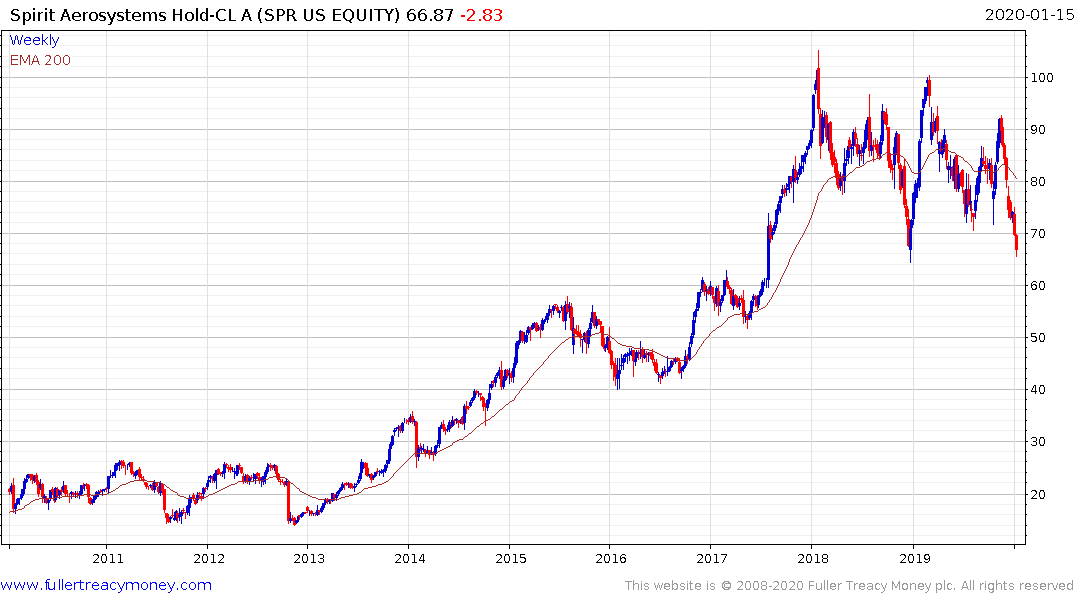 Spirit Aerosystems is testing the lower side of its range and, while short-term oversold, it has a lot of work to do to reassert demand dominance. 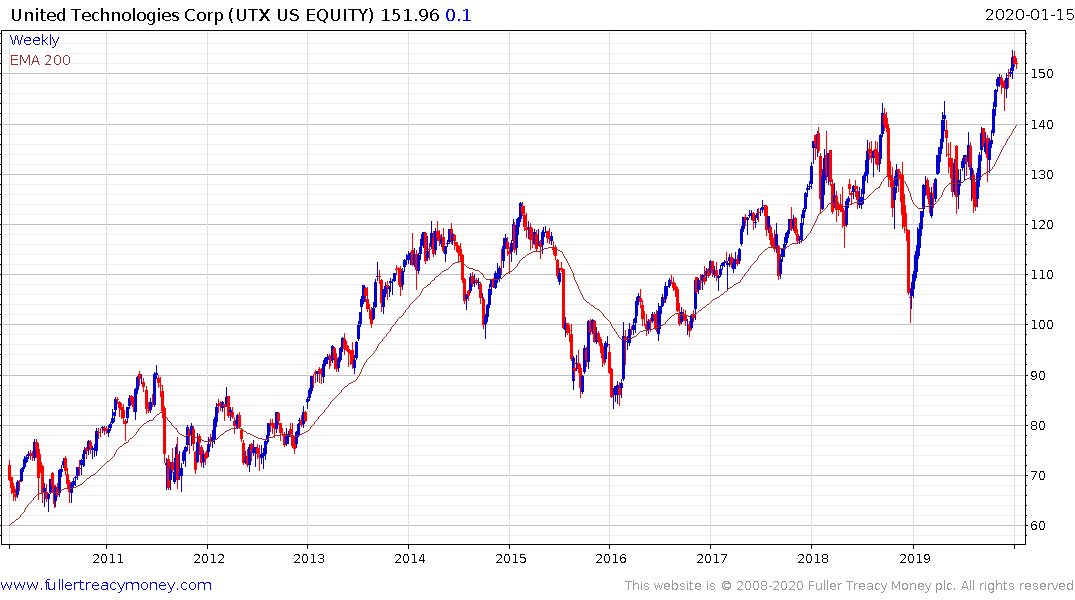 United Technologies continues to hold the breakout from an almost two-year range. 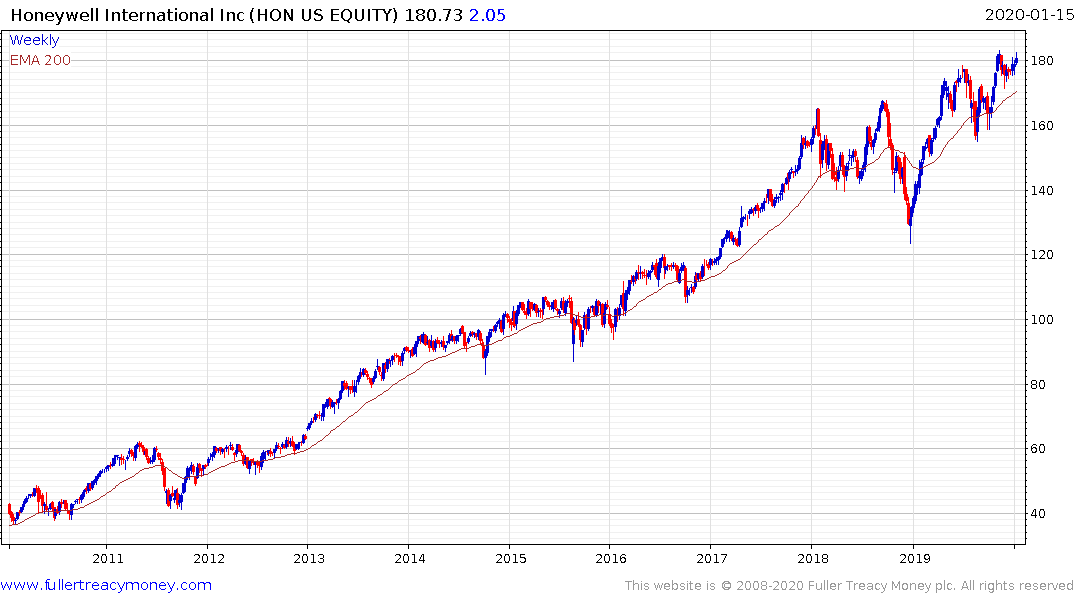 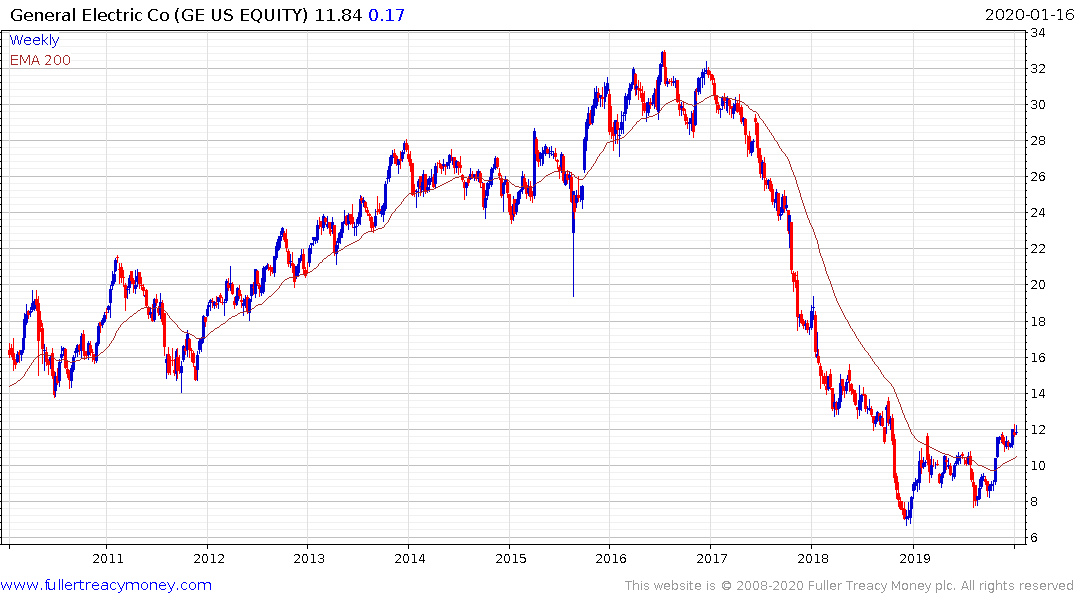 General Electric continues to hold its break above the trend mean and remains on an upward trajectory. 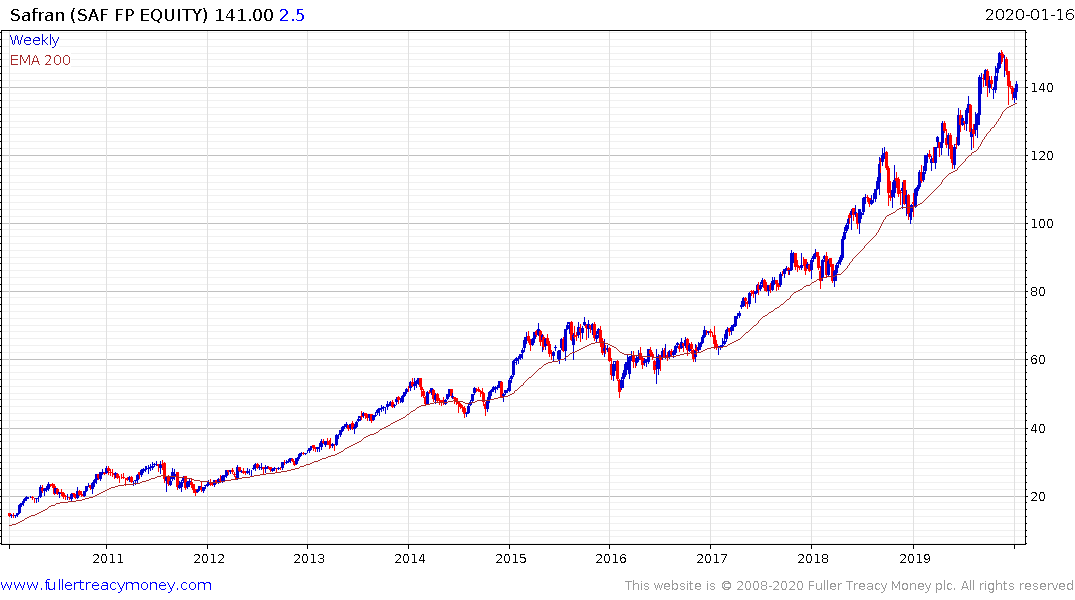 Safran remains in a consistent medium-term uptrend and is currently firming from the trend mean.