Data today showed the jobless rate slid more than economists forecast to 7.1 percent in the three months through November. The decrease pushes it close to the threshold at which BOE Governor Mark Carney said the Monetary Policy Committee will consider increasing borrowing costs from a record low.

The MPC "saw no immediate need to raise bank rate even if the 7 percent unemployment threshold were to be reached in the near future," it said in the minutes of its Jan. 8-9 meeting, published today. Cost pressures were "subdued" and headwinds to growth "would persist for some time," it said.

As the U.K. economy strengthens and unemployment drops, Carney is pushing back against investor bets that he will have to increase interest rates sooner than he has forecast. A majority of economists in a Bloomberg survey this month said Carney may adjust his guidance policy, and the latest slide in the jobless rate may increase the chance of that happening.

The UK adopted an aggressive policy of currency devaluation during the financial crisis not least because of the economy's reliance on the financial sector which was melting down. This represented one of a number of extraordinary measures to support the economy the most high profile of which has been quantitative easing. 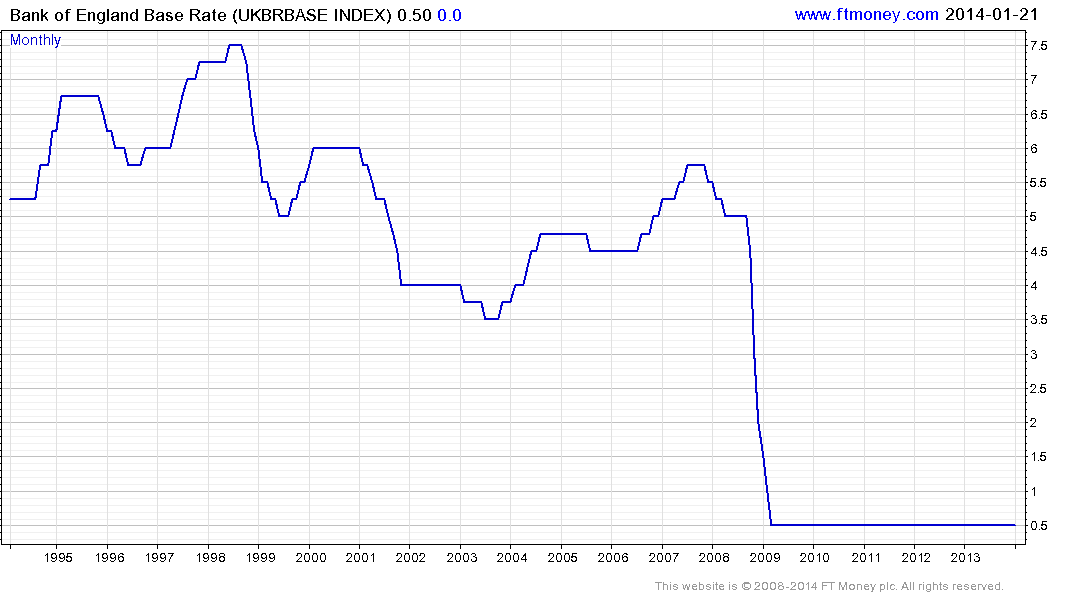 Investors are now looking beyond the era of quantitative easing. Short Sterling futures are currently yielding 0.9% for the December 2014 contract, suggesting at least one interest rate hike this year. Of course that outlook is dependent on circumstances, but what is clear is that the UK is no longer actively attempting to devalue the Pound. 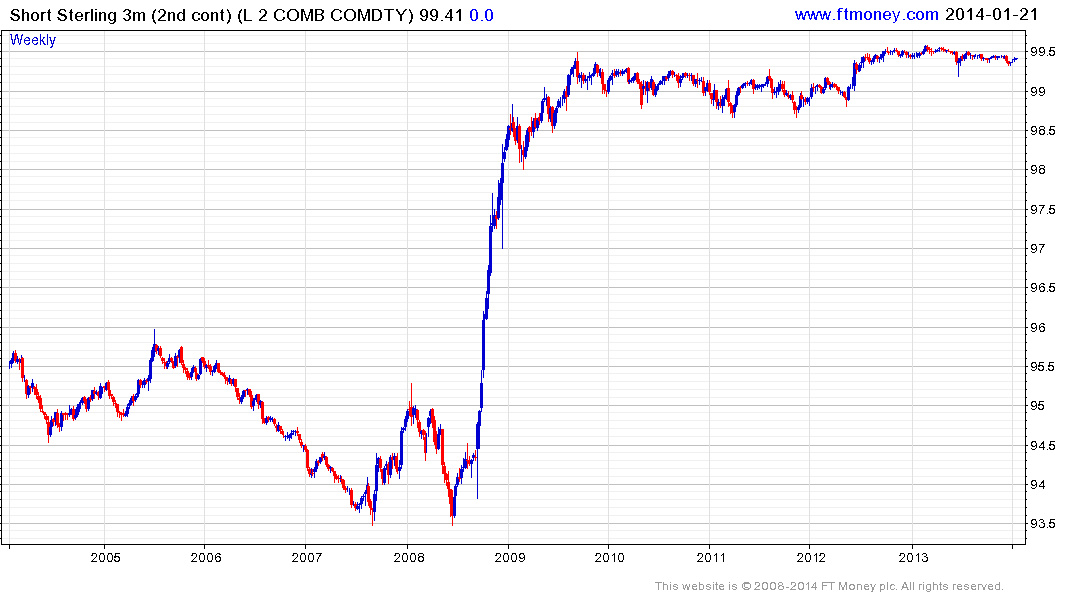 A mantra at FT Money has been that no country wants a strong currency but some need a weak currency more than others. Therefore, the most consistent trends are often found by matching the strongest with the weakest currencies.

In the decade from 2000, commodity currencies mostly doubled against the US Dollar and Pound. This rally was fuelled by the bull market in commodities, positive interest rate differentials and the fact that commodity currencies had been relatively undervalued. Fast forward to 2014 and economies where commodities represent a heavy weighting have lost competitiveness as a result of their strong currencies often at the expense of their domestic manufacturing. The weakness of commodity prices over a sustained period has put pressure on respective central banks to do something to foster competitiveness. 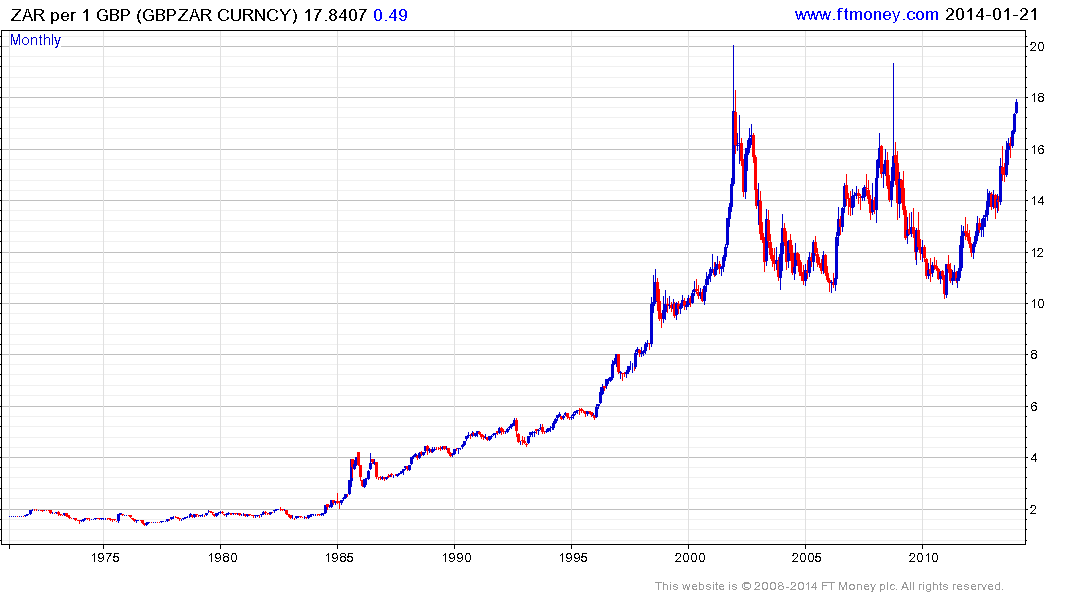 The Pound hit a new closing high against the South African Rand today which is as much a story of the Rand's weakness as it is a reflection on the Pound's strength. This trend is somewhat overbought at present and the first clear downward dynamic is likely to signal at least a near-term peak. 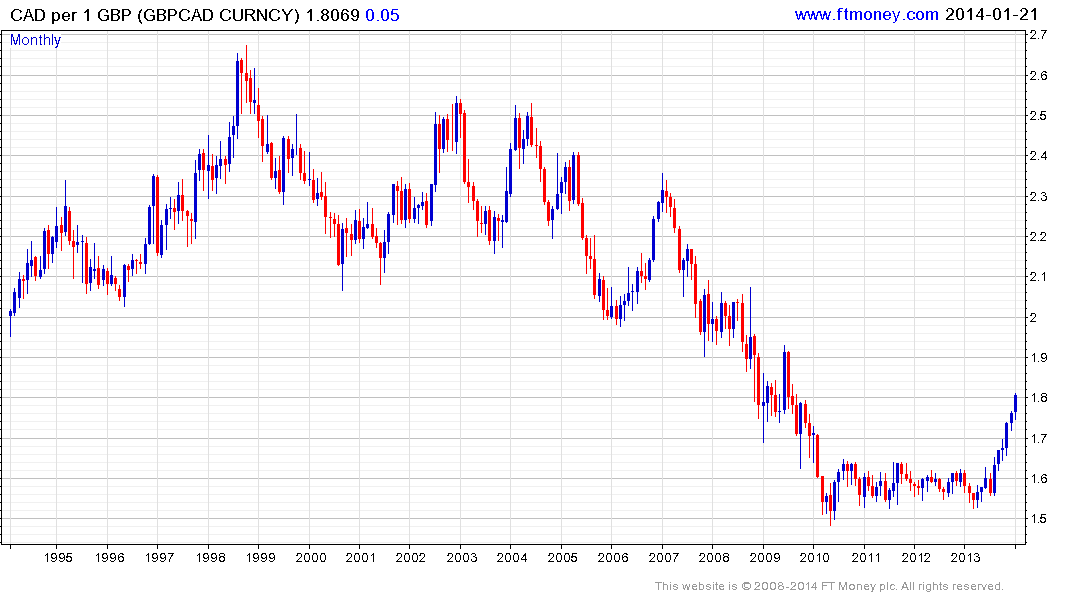 The Pound found support near the C$1.50 from 2010 against the Canadian Dollar and completed its more than 3-year base in September. It continues to extend the advance and a break in the progression of higher reaction lows, currently near C$1.70, would be required to question Sterling's medium-term dominance. The Pound has a similar pattern against the Australian Dollar. 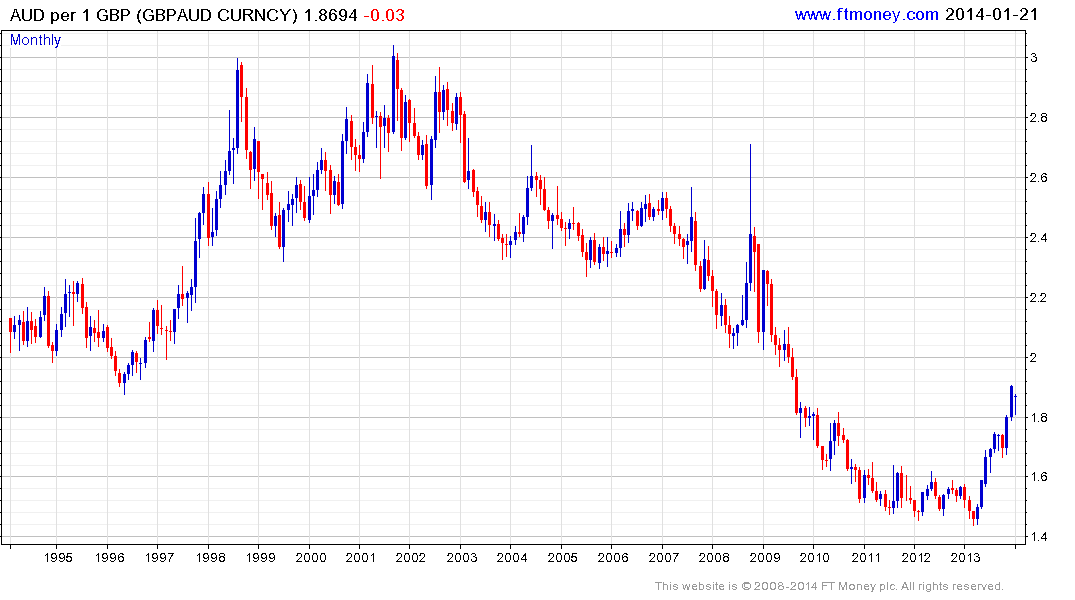 A number of factors have contributed to the strength of the New Zealand Dollar but the Pound's downtrend has lost momentum and it is currently testing its progression of lower rally highs. While there is no evidence yet that the New Zealand Dollar's decade long dominance has ended just yet, commonality would suggest the Pound is more likely than not to prevail over the medium term. 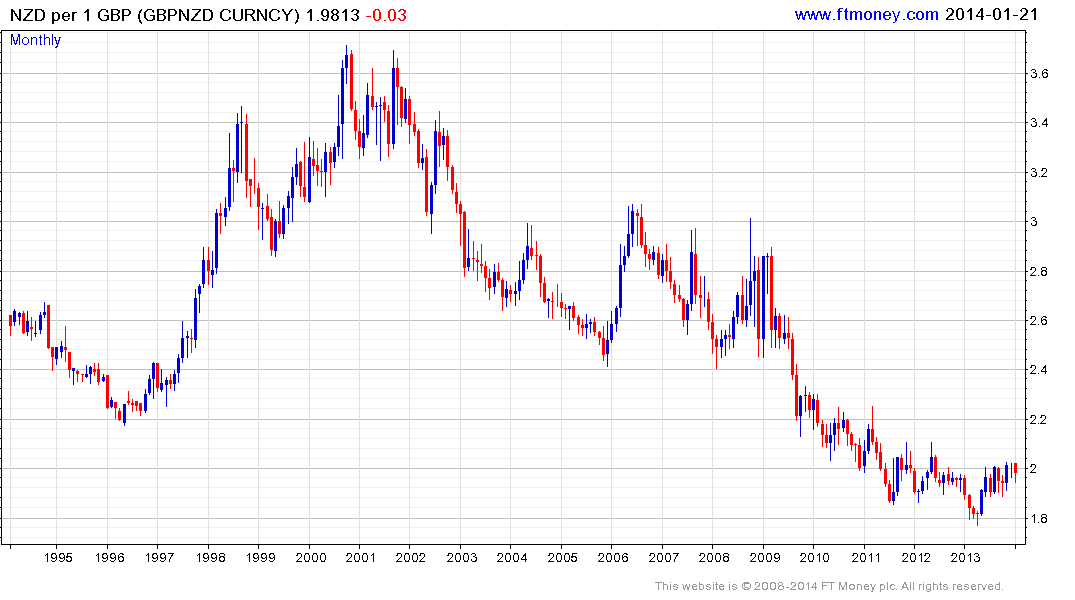