Officials led by Governor Andrew Bailey voted unanimously to keep the benchmark lending rate at 0.1% and by 8-1 to maintain the pace of its bond purchases, targeting a cumulative 895 billion pounds ($1.2 trillion) by the end of this year. Chief Economist Andy Haldane, who steps down from the nine-member Monetary Policy Committee this month, pressed for a reduction in the stimulus.

The pound dipped against the dollar and euro after the decision, and U.K. stocks ticked higher. The yield on U.K. government 10-year bonds fell after the decision. Money-market bets on the BOE raising interest rates were also pushed back by two months to August 2022.

“Financial market measures of inflation expectations suggest that the near-term strength in inflation is expected to be transitory,” the BOE said in a statement on Thursday.

That transitory word is becoming progressively more common in the statements of central banks globally. The question in my mind is do central banks create inflation. That is another way of thinking about the monetarist view of the topic.

Central banks have been worried about inflation for the last forty years. More often than not they have adopted policies to curtail inflation whenever it has threatened to move above trend. That willingness to act has helped to keep inflation under control.

Today, they believe they can control inflation, so they worry about it less. That reluctance to act because they believe price pressures are transitory increases the potential that they will persist. More money chasing a limited number of resources is where inflation comes from. 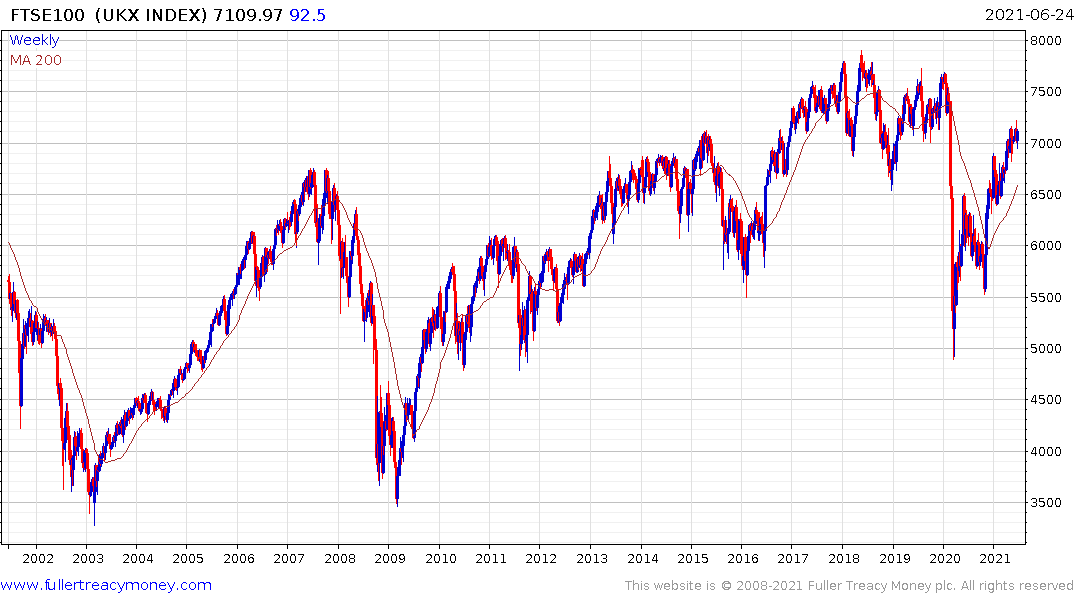 The FTSE-100 is one of the most defensive of global indices. It is loaded with miners, oil producers and consumer companies. The Index continues to rebound from the 2020 lows and is holding its move back above the psychological 7000 level.  Ahead of the pandemic it was forming a first step above the long-term base. As recovery persists it is likely to break back on the upside. 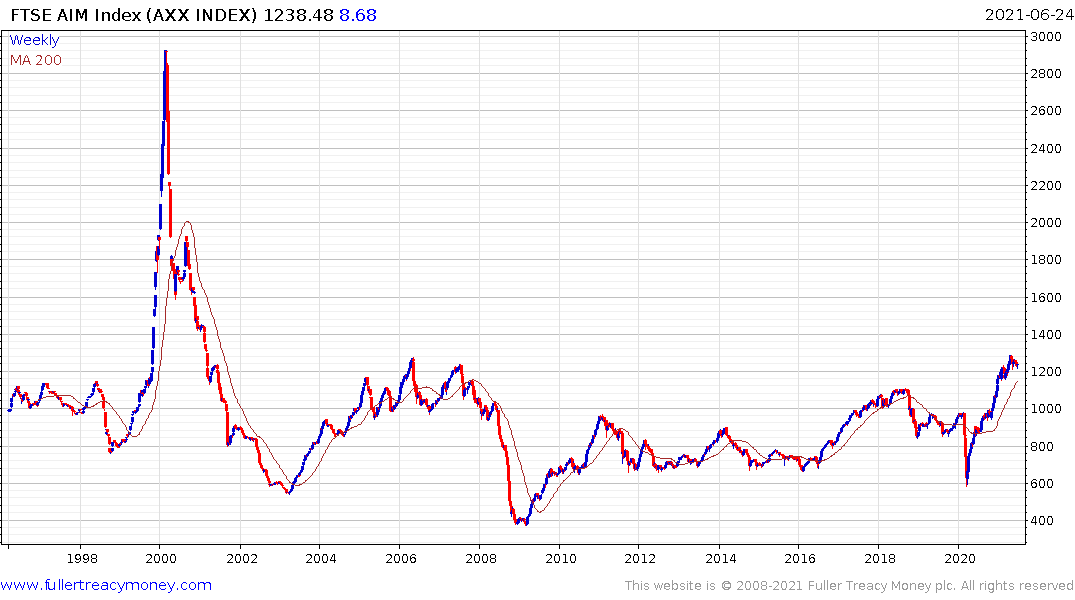 At the other end of the spectrum, the AIM All-Share Index is pausing above the upper side of its base formation. The only time a break above 1150 has been sustained was during the mania of 1999. Since then, every flurry of activity above that area has failed. The Index has held the breakout over the last five months and the upward bias has been sustained. That is supportive of the view that UK stocks are garnering interest from all sides and more opportunities will be found in smaller companies.