The Bank of England looks certain to fire another burst of monetary stimulus this week as new coronavirus lockdowns leave the economy facing a third quarter of decline in 2020.

Any doubt that Governor Andrew Bailey and his colleagues might delay boosting their bond-buying program when they meet this week was effectively erased with Prime Minister Boris Johnson’s announcement of a month long closure of non-essential shops and hospitality venues in England.

That’s changed the outlook for the last three months of the year, forcing several economists to revise their forecasts. Output fell in the first half before starting to recover, though the BOE estimates it was still about 10% below its 2019 level at the end of the third quarter.

In a survey last week, analysts predicted the BOE will increase quantitative easing by 100 billion pounds ($129 billion) to 845 billion pounds. That’s almost double the level at the start of the year, and would be the fourth round of monetary easing since the crisis started.

Many European countries have taken the decision to lock down now, so they can open up again at the beginning of December. The hope is that the Christmas shopping season can be saved. What is receiving less commentary is the cost of these measures.

There was a clear consensus in the bond markets last March that the UK was going to follow the EU into negative interest rates imminently. The short end of the curve continues to price in that possibility and all maturities out to five years have negative yields. 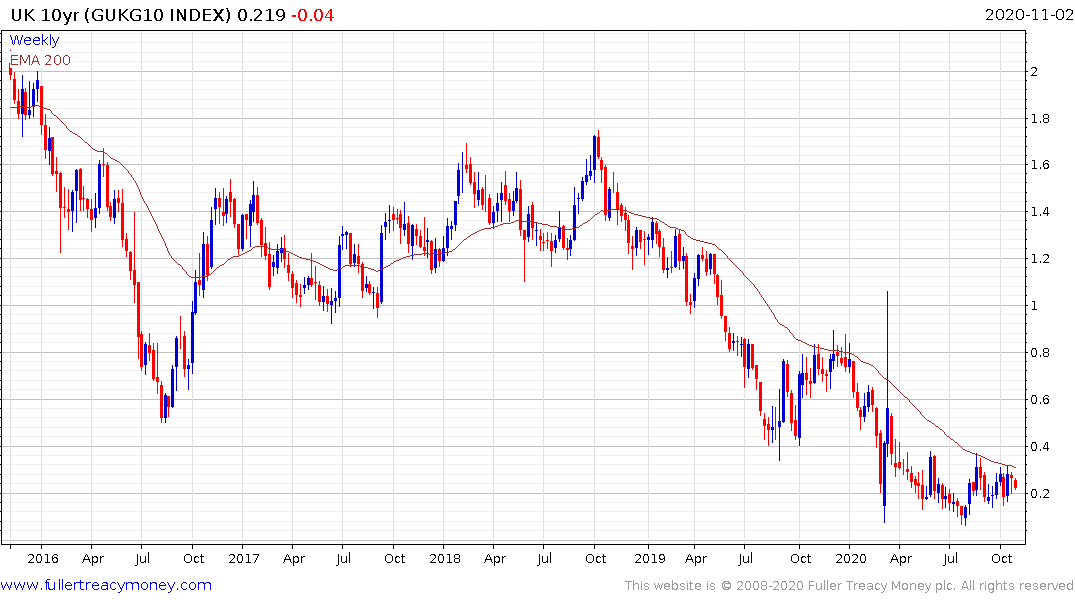 The 10-year has encountered resistance in the region of the trend mean on successive occasions and is pulled back from it again now. 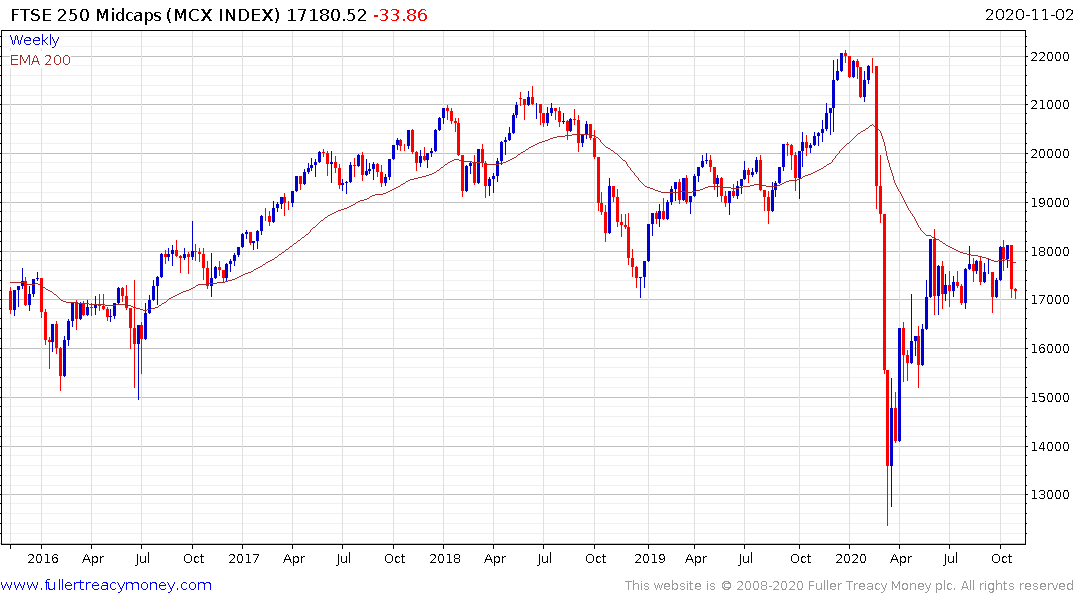 Additional stimulative measures are inevitable considering the deflationary forces about to be unleashed. The FTSE-250 has been ranging in a tight band since June and is now steadying in the region of the lower bound.