The Bank of England, one of the first movers in what looks set to be a rapid global tightening of monetary policy, this week will give a big clue about how far and fast it will move in combating inflation.

Policy makers led by Governor Andrew Bailey are expected to hike interest rates to 0.5% on Thursday, according to a survey of economists by Bloomberg. That would complete the first back-to-back increase since 2004 and open the question of whether more increases will follow.

The central bank’s latest forecasts also due with the decision will be key part of the answer. Analysts also are looking for words from Bailey at a press conference about how policy makers will respond to a surge in energy costs that’s helping drive up the prices at the fastest pace in three decades.

“More hikes are likely given the scale and persistence of inflation,” said Sanjay Raja, an economist at Deutsche Bank AG, who expects two hikes this year and another two in 2023. The risk is, he said, that “more will be needed and perhaps at a faster pace.”

UK Gilt yields are trending higher. A sequence of higher major reaction lows has been evident since mid-2020 and the rate broke out to new highs this month. The bond market has judged this inflationary spike is at least as powerful as the pre-GFC commodity-led move. It’s forcing the BoE to step in and raise rates. 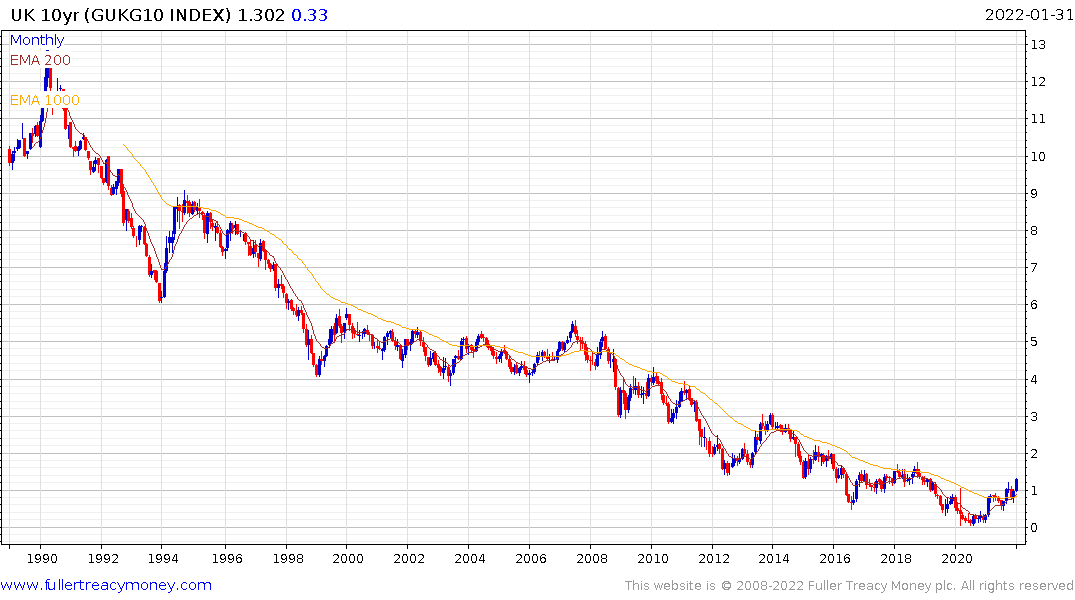 In 2007, rates peaked at 5.75%. Since late 2008, the BoE has failed to lift rates beyond 0.75%; before having to cut them again. Total debt is 375% higher today than it was ahead of the GFC. Debt sustainability is predicated on the assumption that rates will stay low indefinitely. That’s true in just about every developed market.

Even a modest slowdown in the recovery will be used as a rationale to slow down the pace of interest rates hikes. Until then, central banks feel like they are behind the curve and need to act to boost credibility. 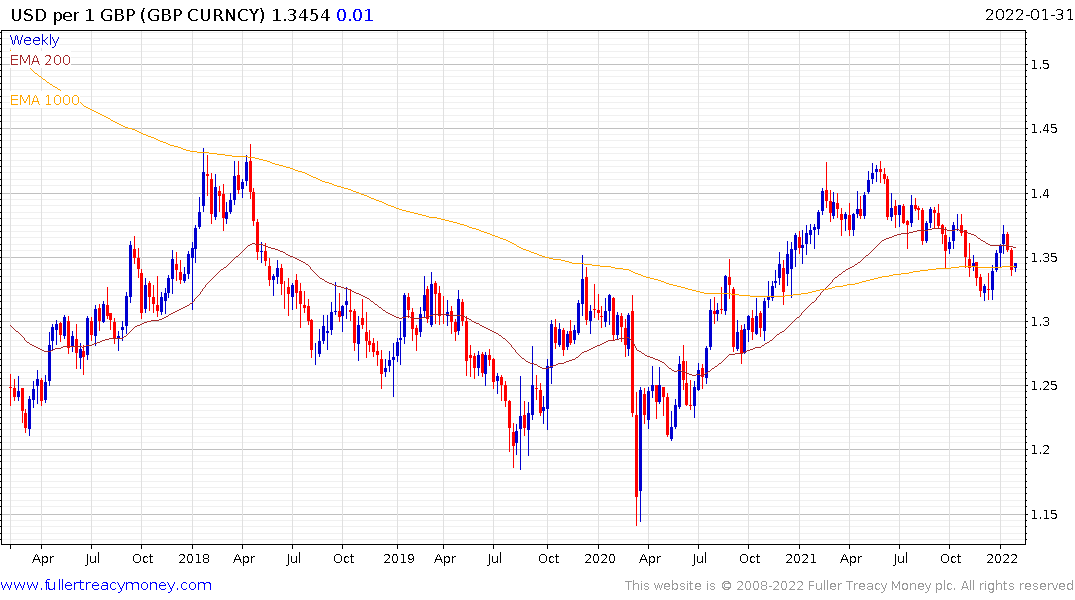 The Pound is beginning to steady, following a steep decline versus the Dollar over the last couple of weeks. If Thursday’s low holds, it will represent a higher major reaction low for the currency prior to a renewed attempt to break the seven-month downtrend. 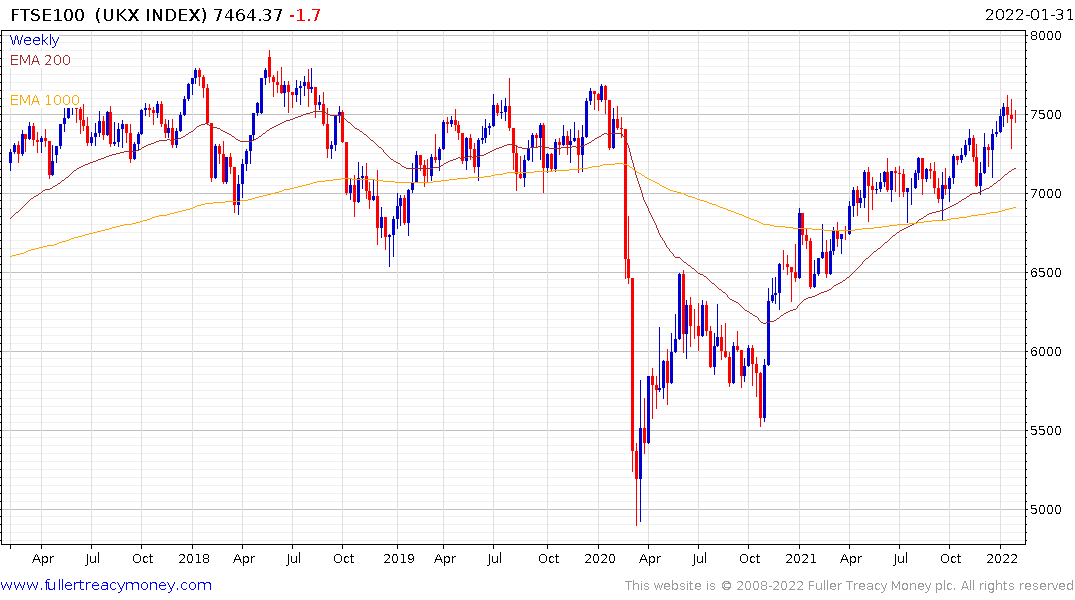 The FTSE-100 has a yield of 3.82% and continues to exhibit relative strength as investors are drawn to its value-like characteristics and potential for a steadier currency.