The Bank of England raised its benchmark interest rate to the highest level since 2009 as Mark Carney suggested that inflation is a more imminent concern for the economy than the risk of a disorderly Brexit.

“With domestically generated inflation building and the prospect of excess demand emerging, a modest tightening of monetary policy is now appropriate,” the BOE governor told reporters in London on Thursday. “The Bank is well-prepared for whatever path the economy takes, including a wide range of potential Brexit outcomes.”

While the rate increase was widely anticipated, few economists had predicted the Monetary Policy Committee would be unanimous on the move with Britain’s divorce from the European Union on the horizon. The 9-0 vote to lift the rate to 0.75 percent was the second quarter-point increase since November, and the bank’s forecasts suggest it doesn’t see the need for another hike before the U.K. leaves in March.

The Bank of England has been flirting with raising rates since last year but the Pound’s decline today suggests investors are less than convinced this represents the beginning of a new tightening cycle.

Markets are discounting mechanisms and the spread between 2-year and yields for a currency pair is a reasonable proxy for how investor believe the outlook for interest differentials will play out. 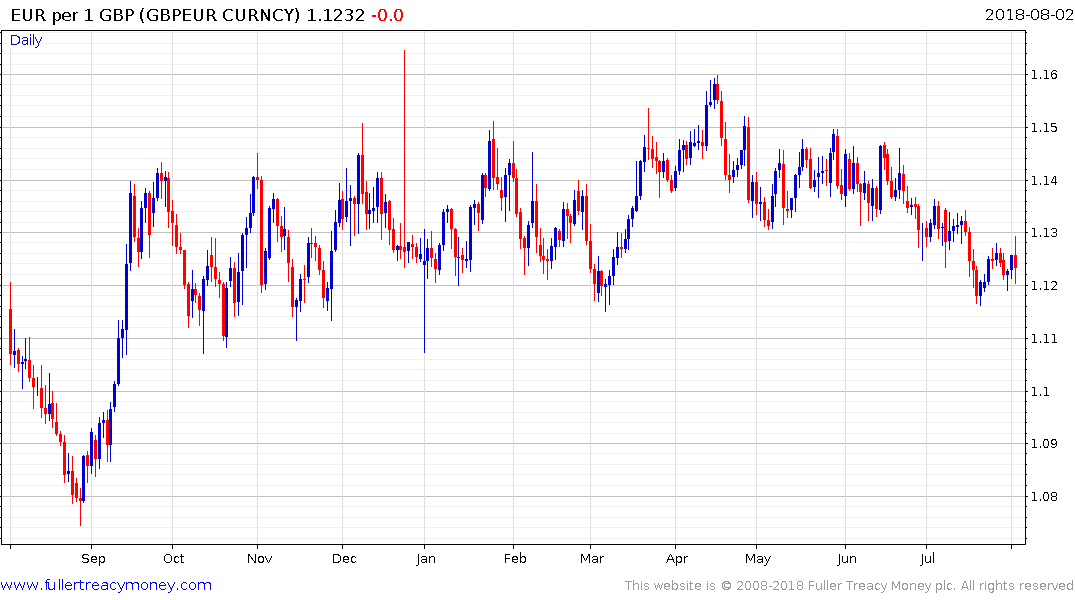 The spread is currently at 130 basis points, when currency adjusted, but that is doing little to support the Pound despite the cost of shorting it. That is a measure of just how much uncertainty the prospect of a failure of negotiators to reach an accord represents. 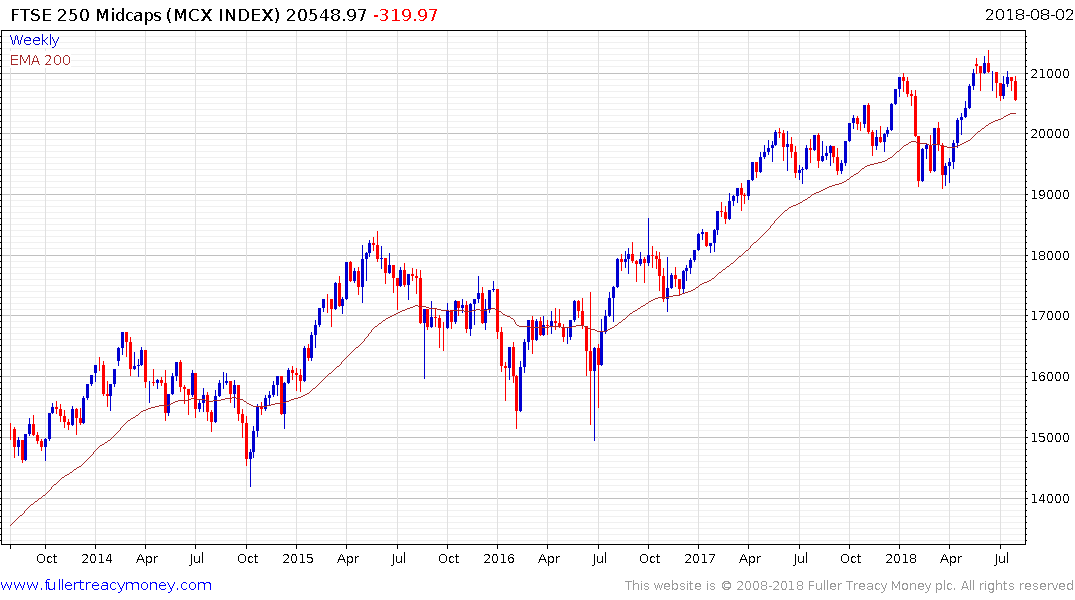 The FTSE-250 Midcap Index is back testing its July lows and has almost unwound its overextension relative to the trend mean. The Index has a history of dipping below the trend mean suggesting investors have been conditioned to expect volatility. A break in the progression of lower rally highs, with a sustained move above 21000, will be required to signal a return to demand dominance. 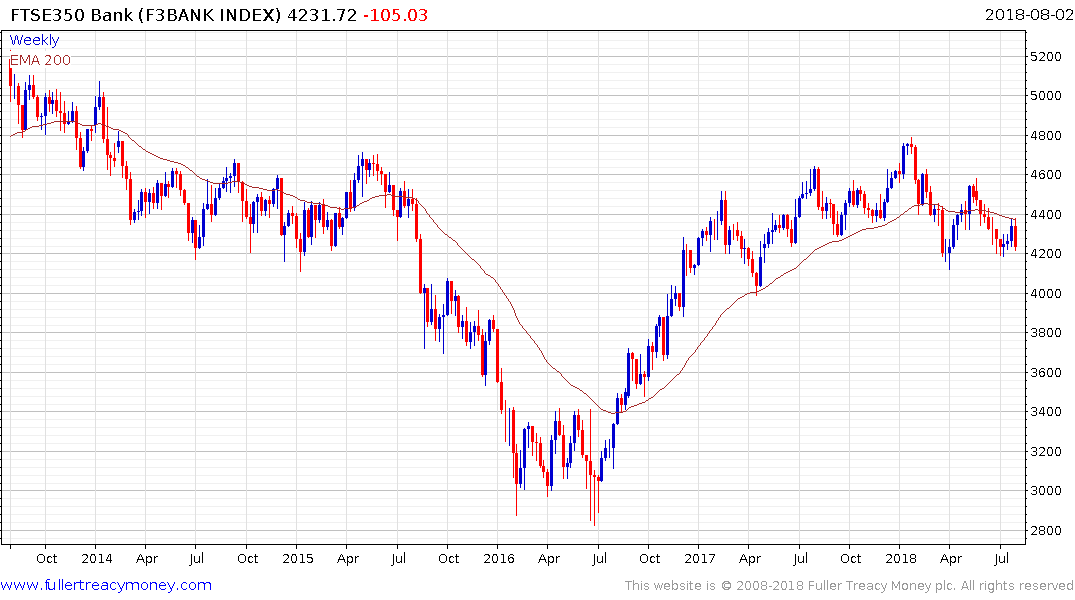 Despite some good news on the earnings front the FTSE-350 Banks Index remains under pressure.