She then plumbed why the ledger could transmit assets without an intermediary, which would change everything she knew about the way the markets completed trades. Buyers and sellers, of course, can’t automatically trust one another. In the fixed-income market, for example, we need middlemen to draw up contracts between buyers and sellers that cover interest payments, terms, and collateral, plus clearinghouses to guarantee the exchange of cash for securities.

Through her research, Masters understood how you could input all that information into a digital “smart contract” on a distributed ledger. Conceptually, it’s similar to the way you can embed video in an e-mail. But the difference is that when you send that smart contract along, it doesn’t just contain data, it transfers ownership of the security. The value belongs to whoever possesses it. So a trade could be settled in minutes instead of days or weeks, Hirani says.

Anyone with access to the ledger can read the contract with a click of a mouse. That means regulators, who depend primarily on self-regulatory organizations to police the markets, could easily verify that a securities transaction didn’t violate anti-money-laundering rules or other laws. The blockchain, in essence, automates trust, Hirani says.

The clincher for Masters was how the technology can affect risk. Every hour that a trade hangs suspended between sale and purchase, the chances mount that it won’t be fulfilled, she says. Institutions have to set aside capital to protect themselves from such failures. Since the 2008 crash, regulators in the U.S. and the European Union have directed banks to allocate ever-larger sums to cover their exposures. If the blockchain could shorten the settlement time for, say, syndicated loans, from 20 days to 10 minutes, this risk would be reduced and capital would be freed up.

Blockchain technology is still immature but is advancing rapidly and what it could mean for back office efficiency is truly mind blowing. When I worked at Bloomberg I would often visit back office operations in Luxembourg where people were tasked with pricing some pretty obscure fixed income instruments. In an illiquid market it’s difficult to keep track of pricing and often one has to use a best guess solution. The whole issue of different covenants on loans, deals and bond issues is an equally obscure sector. These all represent market inefficiencies that could be done away with using the blockchain. 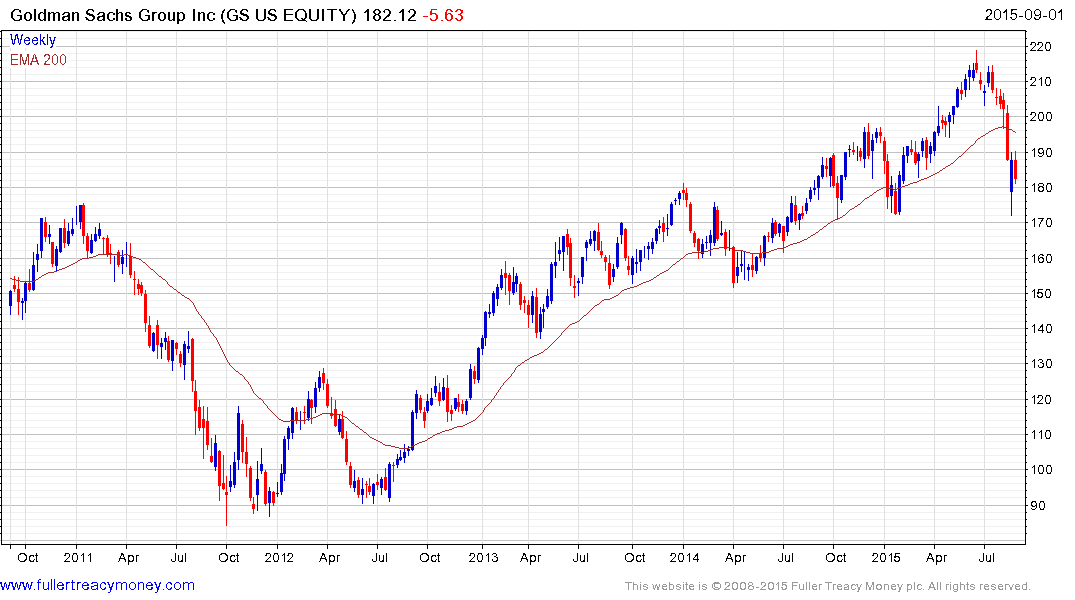 The savings for the financial sector could be truly impressive but these are medium-term considerations. Goldman Sachs bounced last week to hold the medium-term progression of higher major reaction lows. It will need to hold the $170 area during the current pullback if potential for continued higher to lateral ranging is to be given the benefit of the doubt. 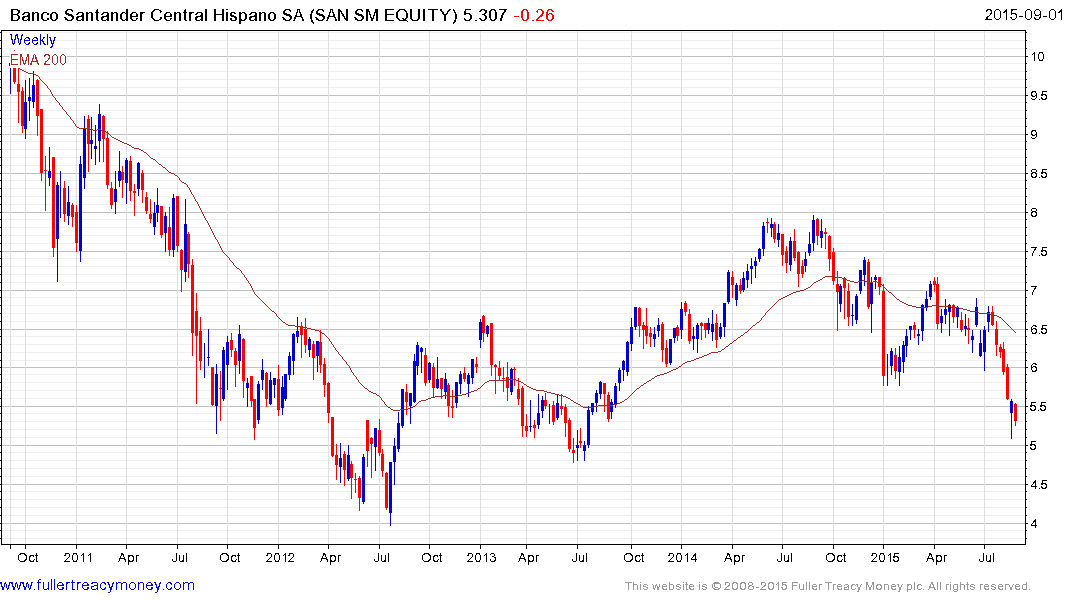 Spanish listed Banco Santander has been quite active in attempting to develop a blockchain solution but this is not reflected in the share which remains weak. It will need to hold last week’s low to demonstrate a return to demand dominance. 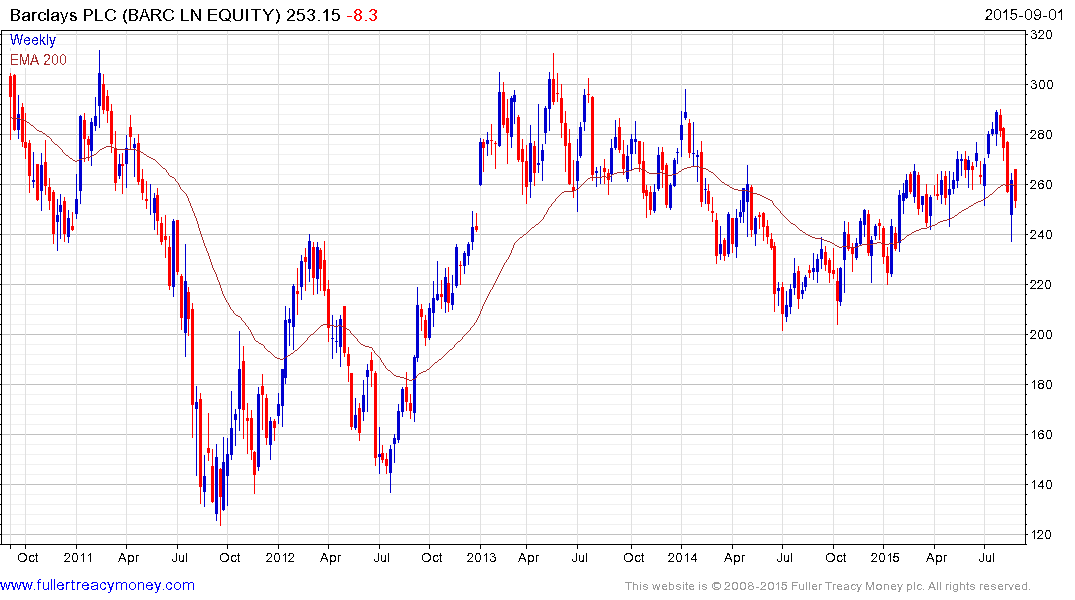 Barclays has held a progression of higher reaction lows since April last year but the low near 240p will need to hold if potential for continued higher to lateral ranging is to be given the benefit of the doubt.