The deal caps off an incredible run by the Nick Molnar and Anthony Eisen founded group since it listed on the ASX in 2016 following an initial public offering where it raised $25 million at $1 a share.

But that share price is a long way off the implied $126.21 share price of Afterpay when the deal was announced by Block, then known as Square, in early August. Square’s shares have also fallen in value since the tie-up was revealed, dropping from $US247.26 in early August to $US148.43 in Monday’s trading session in the US.

The fall in Afterpay and Square’s share price has also altered the valuation of the all-scrip deal which now sits at about $24 billion.

Afterpay and other buy now, pay later groups have copped a battering in recent months as investors grow concerned about regulatory intervention in Australia and in the US. Technology groups, especially those with modest profits compared to their sky-high valuations, have also taken a hit in the past month amid growing concerns the US Federal Reserve will raise interest rates.

Buy-now-pay-later experienced phenomenal growth during the pandemic, with many young people getting their first experience of credit through the companies. The sector took a leaf out of social media’s playbook and pitched its offering to waves of late teens and young people who would not normally have such spending power.

The size of the market is relatively small compared to the subprime sector and the loans are not securitised. Therefore, the sector is more like credit card debt but any issues that arise from what is clearly a junkie part of the consumer debt market are unlikely to show up in credit card delinquency data.

Rising interest rates impact these kinds of companies because they are prioritising growth over income. I suspect the removal of pandemic stimulus and consumers running down their savings to try and make payments and new purchases is a bigger issue. What happens when spending patterns normalise? 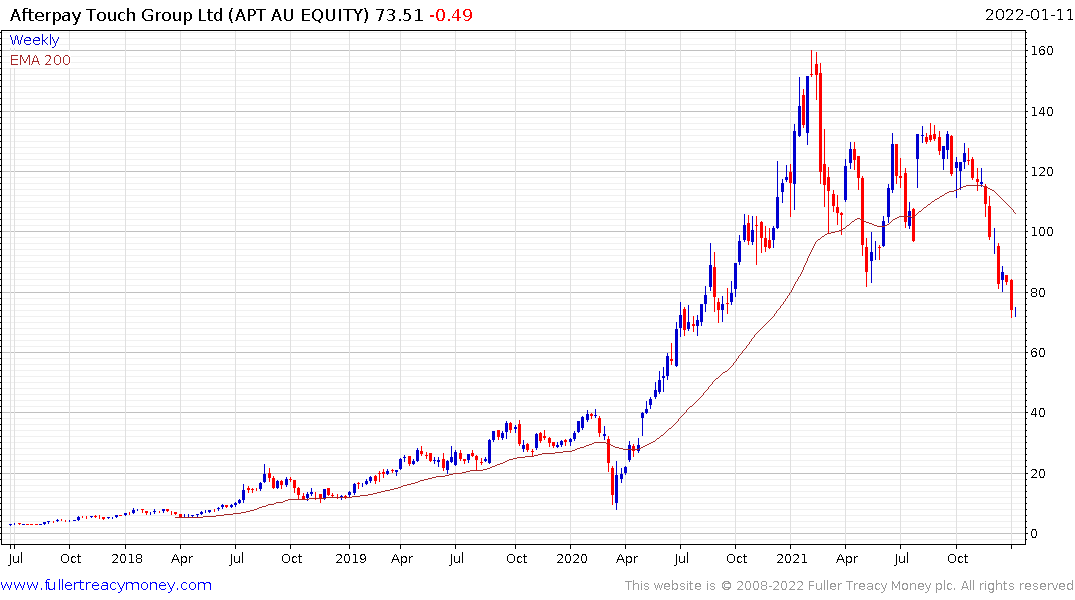 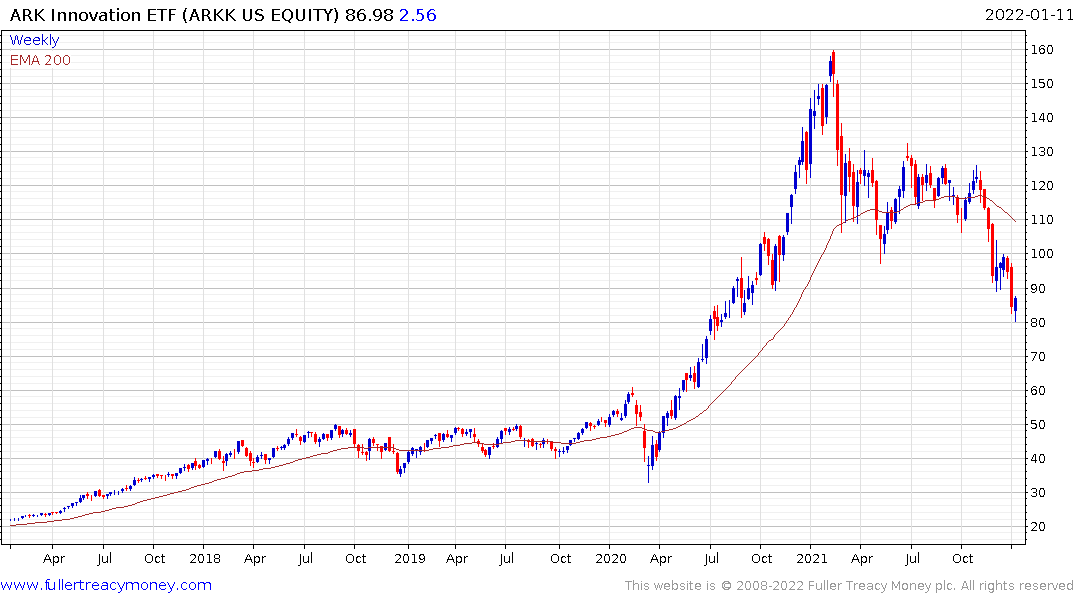 Both Afterpay and Block (Square) share a similar pattern. It is virtually identical to that of the IPO ETF and the ARK Innovation ETF. They are all very oversold and could experience reversionary rallies as the mark prices in a potentially less hawkish interest rate outlook.