The moves -- along with similar plans by Hilton Worldwide Holdings Inc., Wynn Resorts Ltd. and Boeing Co.-- are signs of the uncertainty coursing through corporate America as a global pandemic, a price war in oil markets and other problems threaten to tip the U.S. economy into a recession. A sudden and sustained increase in companies tapping credit lines could eventually strain banks if conditions become so dire that borrowers won’t be able to meet their obligations.

Lenders offer revolving credit lines to strengthen relationships with companies and don’t typically intend for them to be drawn upon en masse. In normal times, revolvers serve as the corporate equivalent of credit cards, giving companies room to borrow as needed and repay when shortfalls ease. Under normal
circumstances, the lines are seldom maxed out. Extensive use can be seen as a harbinger of distress.

Oil and natural gas companies can come under particular funding stress when prices fall. That’s because their credit lines are periodically updated based on market prices, potentially motivating companies to tap them early.
Blackstone’s private equity operation is the firm’s largest business by assets, at $183 billion. Energy accounts for almost 10% of the total portfolio, the New York-based company said in October. Rival private equity firms also are weighing similar actions, according to executives at two of them.

“From an economic perspective, the virus has created dislocation in the market and fear among the people,” Blackstone co-founder Stephen Schwarzman said in an interview in Mumbai last week. “Once that starts, one has to find the impact of negative consequences.

Sequoia kicked off efforts to lock down funding last week with its memo to partner companies and other private equity companies are following suit this week. Additionally, large companies with potential cashflow issues are also drawing down on credit lines. That is putting strain on banking balance sheets as they attempt to deal with the cut to interest margins and the potential clients will have solvency issues. 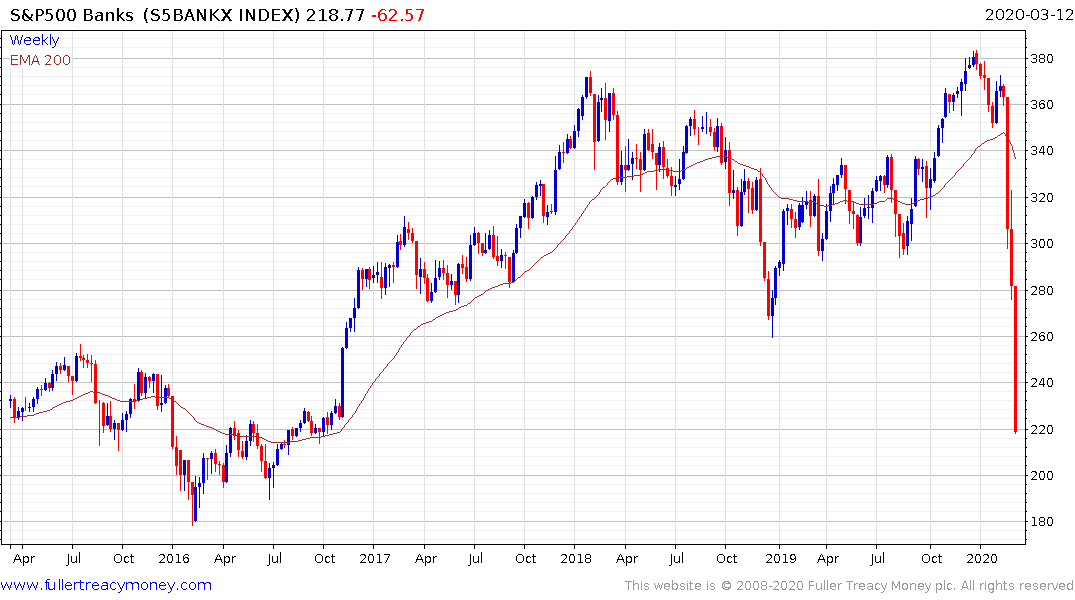 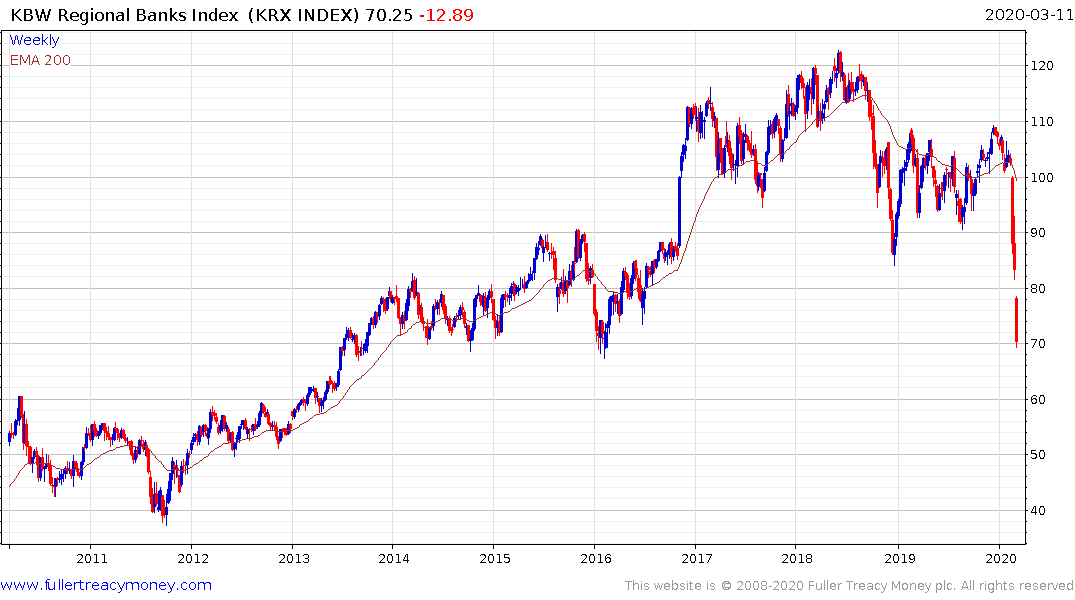 The S&P500 Banks Index is down over 40% so far this year and the decline still shows no sign of stopping despite the short-term oversold condition. The commonality in the global banking sector suggest investors are girding for significant economic trouble as the commercial activity slows and grinds to a halt in the most affected regions.

The hard lesson from the credit crisis was it was a mistake to allow Lehman Brothers to fail. On this occasion central banks and government are likely to flood the market with liquidity and make money available to any and all who want it to avoid the credit markets freezing up.

That is going to be necessary because a global recession is increasingly being priced in. The 10-year-3-month yield curve spread is now trading above 50 basis and rallying in a dynamic manner in a trend that is eerily similar to 2007. That lends further credence to the recession fears currently stalking markets.

The most underappreciated risk in my view is the reliance of the world’s largest companies on subscription revenues from loss making companies.

The cost of founding a start-up has plummeted over the last decade with the evolution of cloud services and data centres. With economic activity moderating there is a clear risk unicorns are going to become an endangered species, and that will rob the major cloud companies of revenue. 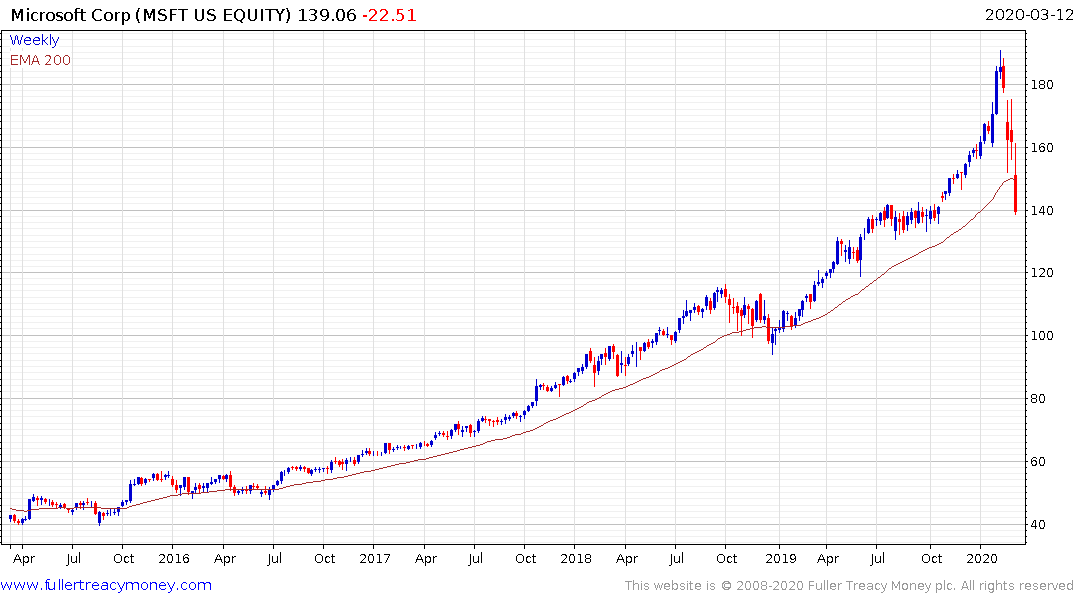 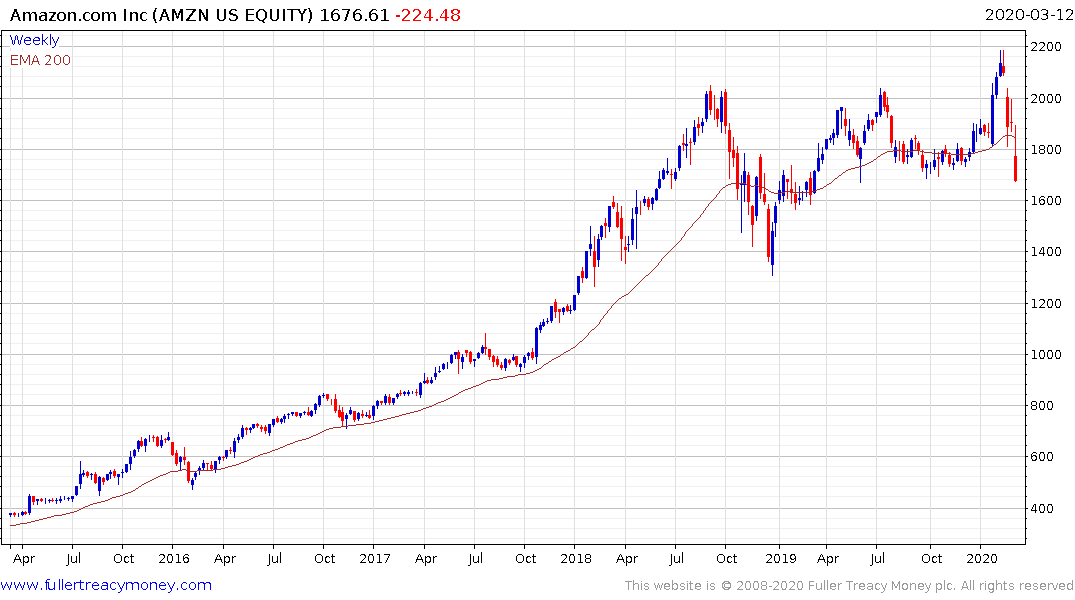 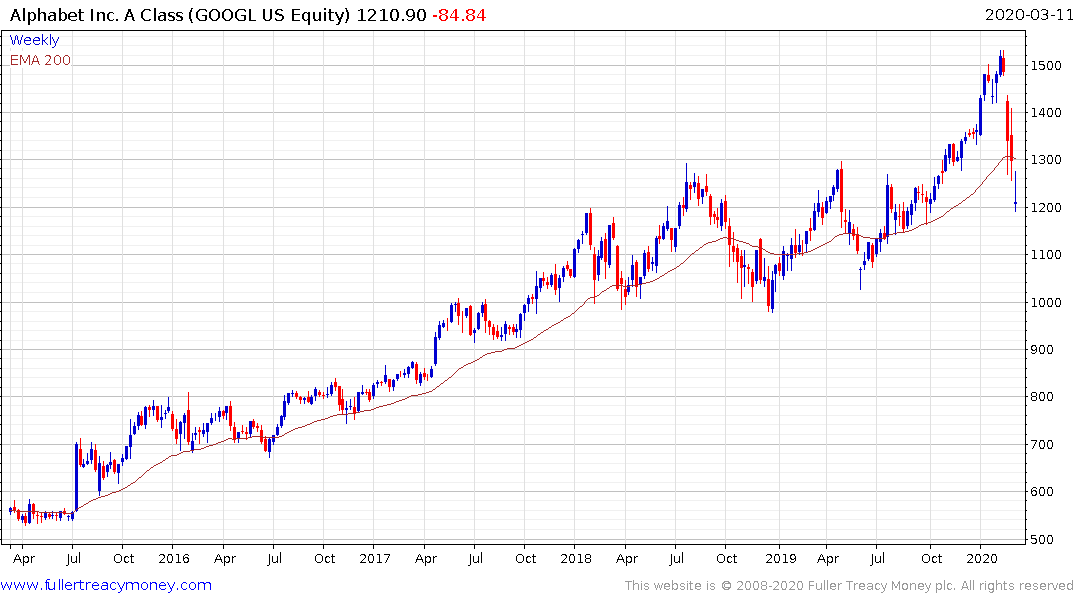 That suggests Microsoft, Amazon and Google are unlikely to be unable to sustain their relative strength for much longer. Since they represent some of the biggest weightings in the major indices that is a significant risk for the wider market. 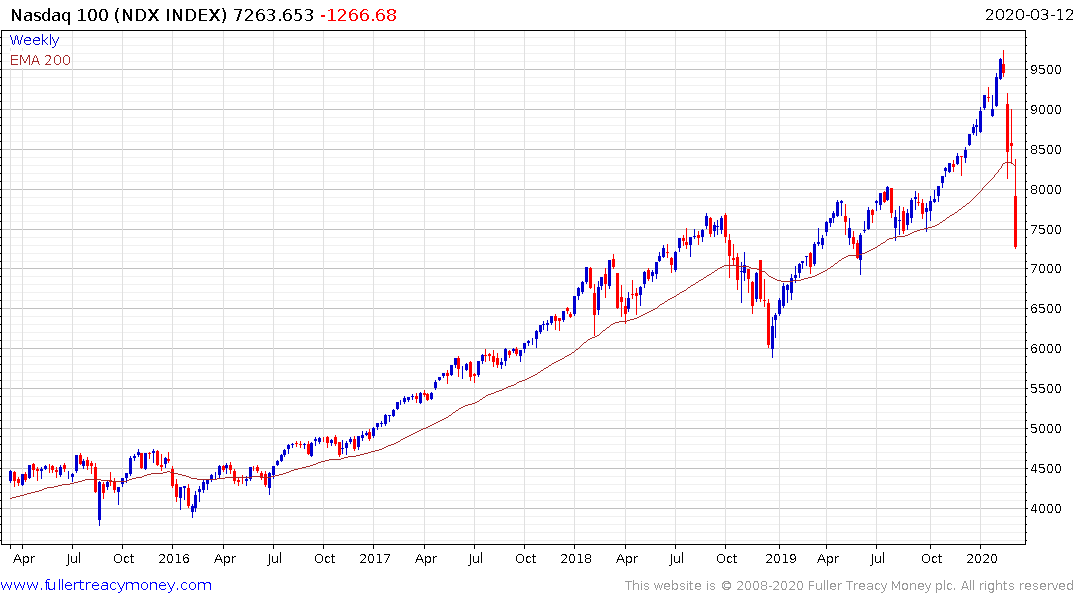 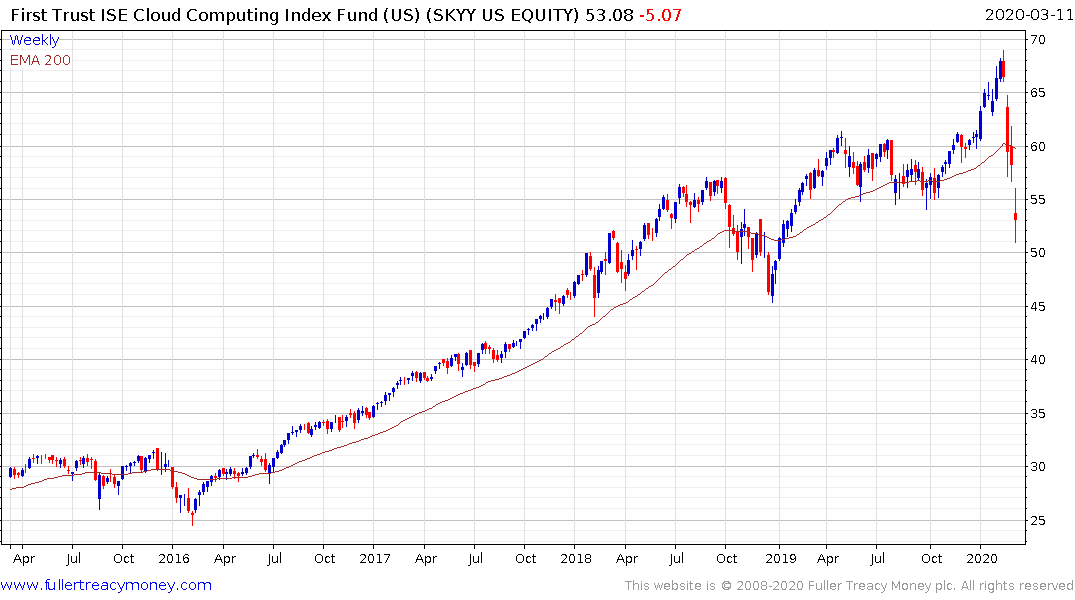 The Nasdaq-100 has now also clearly failed to sustain the break above 8000 and the cloud computing ETF is back testing the lows from late 2018; having broken downwards earlier this week.